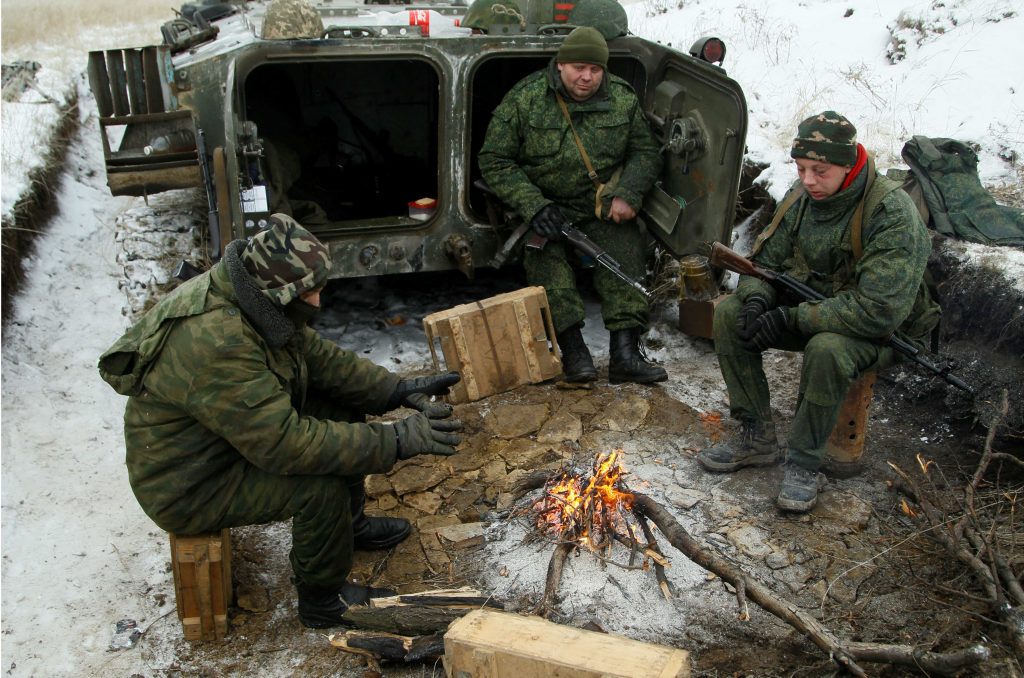 Victor Pinchuk’s recent opinion piece in the Wall Street Journal, “Ukraine Must Make Painful Compromises for Peace with Russia,” does not take into account that any plan for Ukraine’s temporarily occupied territories must first consider the will of the people living in those territories and seek their betterment. During a recent trip to Washington, DC, I talked to policymakers about my plan for the reintegration of the currently occupied territories in eastern Ukraine. My seven-point plan includes a strategy of demilitarization, reintegration, restoration of local authorities’ power, the return of land and property to displaced persons, local elections, and the return of normal life. However, one question kept coming up: “But how do we first end the war? How do we make the people of the Donetsk and Luhansk regions lay down their arms?”

Ultimately, the war of Russian aggression against Ukraine will end only when one person, Russian President Vladimir Putin, decides that it should end. It was Putin who launched an unprecedented invasion of the Donbas in April 2014. It was Putin who supplied—and continues to supply—military equipment and Russian military officers to wage war within the sovereign territory of Ukraine.

Ukraine needs its own plan supported by international partners. However, given the incredibly high concentration of Ukrainian civilians in the occupied territories of Donetsk and Luhansk, a singular strategy alone will not end this bloodshed. We must pursue a path that results in those in the occupied zones viewing Ukraine as a land of opportunity in which they fight to remain. We must especially appeal to young men of military age who may otherwise be tempted to take up arms against their motherland, Ukraine.

Since successful peace talks depend more on the Kremlin than anyone else, we must concentrate on those things that we can control. As such, I propose a program to turn the part of the Donbas not under occupation into a free-market trade zone that becomes an economic and industrial hub for the region.

We must operate on the premise that people are inherently free and endowed with reason. The goal is simple: we will, to paraphrase US President Ronald Reagan, create “a shining city upon a hill whose beacon light guides freedom-loving people everywhere.” Our dream is that this region will be a land where people can do business, work the land, and have a superior quality of life. This “beacon of freedom” will shine across the cease-fire line into Donetsk and Luhansk, and those opposing reintegration will see that their cause is not worth fighting for, and that there is a chance for a better life for their families in a revitalized, integrated Ukraine.

First, we will create a social and economic climate in surrounding oblasts on the non-occupied side where investors—both domestic and foreign—support new industries, factories, businesses, and other economic projects. We will do this by ridding the free economic zones of government bureaucracy and superfluous regulations, letting the “invisible hand” of Adam Smith create a revitalized eastern Ukraine where people can pursue prosperity without being slowed down by the stranglehold of government red tape. We must firmly protect the rights of property owners, investors, and businessmen so that they can come to the region, open businesses, and create jobs for local people, who might otherwise be tempted by the siren call of the separatists.

Second, we will set the ambitious goal of making the Donbas a corruption-free zone in Ukraine.

Third, we will work to improve the region’s infrastructure—including its communications equipment, schools, electricity, water, and hospitals—in the areas surrounding the fighting. We must modernize the Mariupol Port so that it is able to handle large-scale international trade. We will bring public services up to the level expected by businessmen operating in European countries. This will serve two purposes: to attract investors to the region, and to further illuminate the benefits of being part of Ukraine. We want citizens in the east to see that in the three years since the occupation began, the terrorists only offer broken promises, suffering, and violence. We offer solutions and a better quality of life.

Fourth, we must make clear to the world, especially our brethren caught in the dark chaos of this war, that we are seeking new opportunities for all Ukrainians. To demonstrate this, we must take the lead in opening humanitarian corridors deep into Donetsk and Luhansk. By opening these corridors, we are showing not only good will, but also that we are sincerely concerned for them. This is not simply a geopolitical question; it is a question about how our citizens deserve to live. We want them back because they are part of our family, first and foremost.

Fifth, using intelligence and law enforcement agencies, we must target those who are predisposed to terrorism against Ukraine with information about the opportunities in eastern Ukraine. These people are being fed Russian propaganda around the clock and we must set the record straight. We want them to see that a peaceful life is available to them and their children; all they need to do is join us in bringing this war to an end.

The path forward will not be easy for Ukraine, but there is no other choice. We must work to make Ukrainian citizenship something that people in the occupied territories covet. The best way to do this is to create conditions that show it is in their best interest to oppose Russian force and return to a normal, peaceful life.

Ukrainians are at their core a freedom-loving people. In tandem with the military fight to liberate these occupied territories, by giving the maximum amount of freedom to the areas surrounding Donetsk and Luhansk, we will appeal to a value that is at the heart of our national consciousness.

Last, we must continue seeking the support of France, Germany, and the United States in pushing Russia to end its aggression against Ukraine. Human life has an inherent value, and we Ukrainians must fight to preserve it in contrast to the violence. A new Ukraine is within our reach. We must go forward to make it happen.

Valentyn Nalyvaichenko is the leader of the Justice Movement in Kyiv, Ukraine. He formerly served as a Member of Parliament, Ambassador, Deputy Foreign Minister, and two-time Head of the Security Service of Ukraine (SBU).

Image: Soldiers of the separatist self-proclaimed Luhansk People's Republic sit next to an armored vehicle as they gather at their position in a field on the line of contact with the Ukrainian army at the so-called Svetlodarskaya bulge in Luhansk region, December 19, 2016. REUTERS/Alexander Ermochenko