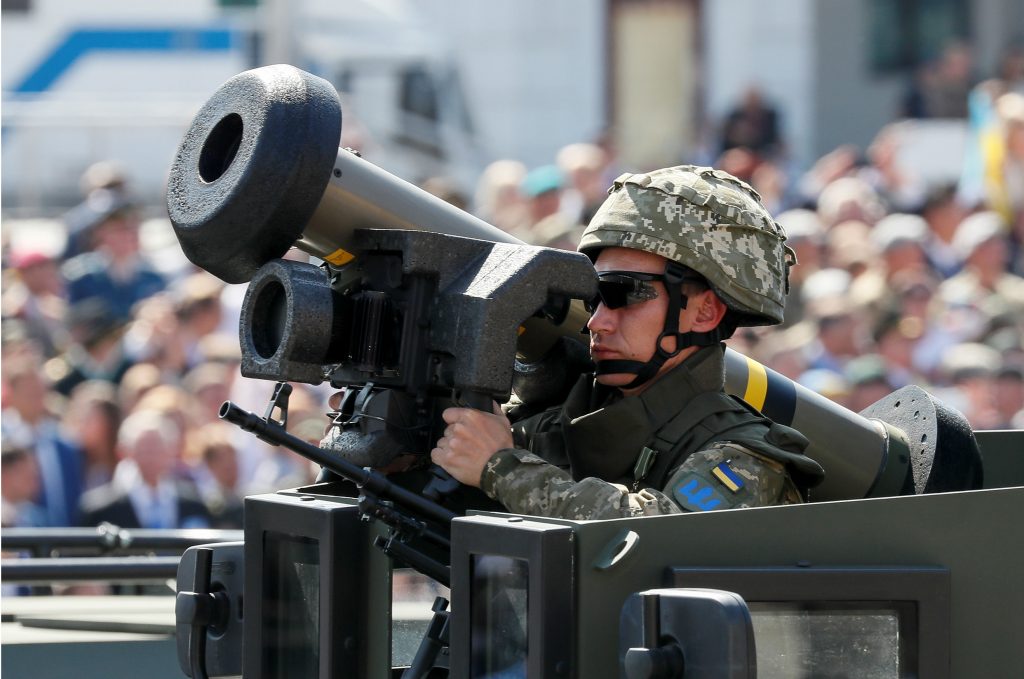 Russia’s act of aggression against Ukrainian ships in the Black Sea on Sunday should not be dismissed as an isolated incident in its four-and-a-half year old war against Ukraine. This pre-meditated attack is part of a broader effort by Moscow to take full control of the Kerch Strait—a strategic chokepoint that connects Russia to Crimea and separates the Black and Azov Seas. Control over the Kerch Strait gives the Russian navy complete dominance over the Sea of Azov, whose only direct outlet to international waters is through the strait.

Such maritime dominance would allow Moscow to effectively blockade the Ukrainian ports of Mariupol and Berdyansk, two major commercial gateways in eastern Ukraine. Russian President Vladimir Putin is likely betting that by suffocating the fragile war-torn economy in eastern Ukraine, he can sow opposition to Ukraine’s central government and eventually blackmail Ukraine into some sort of accommodation. Russia’s effort to acquire maritime dominance in the Azov Sea is therefore a key pillar of its strategy to suborn Ukraine and return the country to Moscow’s “sphere of privileged interests.”

Putin has seen that despite significant military gains, Russia’s occupation of the Donbas and its illegal annexation of Crimea have failed to weaken Ukraine’s resolve to be truly independent. In fact, just the opposite has happened: Russia’s shelling of Ukrainian citizens and soldiers and occupation of their land has galvanized a fierce determination on the part of most Ukrainians to build a sovereign country outside of Moscow’s control. The Tomos, or autocephaly, that will soon be bestowed on the Ukrainian Orthodox Church and its refusal to bow to the Patriarch in Moscow any longer—following 359 years of direct subordination—is the latest manifestation of this thirst for independence.

It is precisely for this reason that the Kremlin has now focused on political subterfuge and economic warfare—in addition to its ongoing kinetic war—to try to break the will of the Ukrainian people and demonstrate that building Western democracy and pursuing Euro-Atlantic integration will come with a heavy cost. Sunday’s incident near the Kerch Strait perfectly illustrates Moscow’s strong-arm tactics.

As three Ukrainian ships sailed peacefully on November 24 from Odesa toward the Ukrainian port of Berdyansk on the Sea of Azov, the Russians positioned a cargo ship sideways across the Kerch Strait to block their way, claiming disingenuously that it had run aground. As the ships approached the strait from the south and saw their path was blocked, they requested information from Russian maritime authorities. In response there was radio silence. Next, the Russian boats ambushed the Ukrainian ships, rammed the tug boat and fired at the other two, injuring six sailors. The Russians then boarded the ships and detained their crew.

The US response to this highly aggressive confrontation has unfortunately been underwhelming. The strongest condemnation came from outgoing UN Ambassador Nikki Haley, but Haley also noted in her public remarks that the “Normandy Group”—Russia, Ukraine, France, and Germany—needed to take up the incident, thereby signaling that the administration intended not to get involved. US Secretary of State Pompeo’s response was even weaker, declaring incomprehensibly that “both parties” should de-escalate. But how does a captive and injured crew de-escalate? Finally, President Donald J. Trump’s reaction was the least coherent: “We don’t like what’s happening either way.”

Here’s what the United States should do.

First, Trump should spell out the consequences of Russia’s aggression when he meets with Putin in Argentina. If he’s not prepared to do that, he should cancel the meeting.

Second, the United States should provide Ukraine with defensive security assistance to address its maritime vulnerabilities: land-based anti-ship missiles, radars, and surveillance equipment for domain awareness. None of these systems poses a risk of offensive escalation, but they would send a powerful message to Russia that its actions have consequences.

Third, the United States should lead a discussion at NATO on establishing a NATO Standing Maritime Group in the Black Sea, potentially headquartered at Constanta, Romania. A NATO maritime presence led by Black Sea littoral nations, augmented by the rotational presence of other NATO nations, would help deter Russian aggression in the region.

Fourth, the United States needs to overhaul its ineffective sanctions policy on Russia. The United States should stop conflating weak measures (like those restricting the issuance of new debt or sanctions against government officials) with more powerful measures like asset freezes on major Russian banks (none of which have had their assets frozen).

Finally, rather than outsourcing US diplomacy to France and Germany, as Pompeo and Haley have suggested, the United States should join forces with our European allies to seek a resolution to the conflict backed by real leverage, and not just rhetoric.

Michael Carpenter is a nonresident senior fellow at the Atlantic Council and senior director at the Biden Center for Diplomacy and Global Engagement at the University of Pennsylvania. He is a former US deputy assistant secretary of defense.