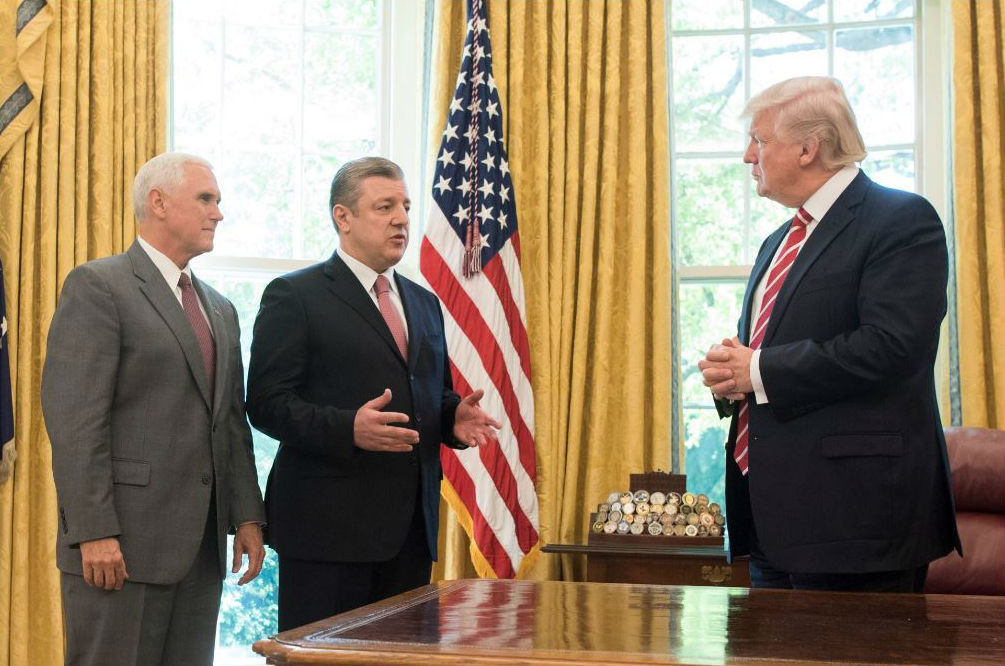 Dale Carnegie’s famous self-help book, How to Win Friends and Influence People, centers on investing in personal relationships in order to achieve success. President Donald Trump has demonstrated an instinctive understanding of this principle in the way he has interacted with a succession of world leaders, whether over a round of golf at Mar-a-Lago or an informal dinner in Washington. Yet his administration is set to undermine one of the most effective vehicles for this on a global scale, through proposing a radical cut in funds for the State Department’s international scholarship and exchange programs.

That’s not completely surprising. These programs are often seen as only benefiting foreigners or as wasting money on fuzzy people-to-people contacts, with little tangible outcome for US taxpayers. At a time of competing domestic priorities, it is unsurprising that some believe the funding could be better spent elsewhere.

But cutting funding for the exchange programs would be a giant mistake. These programs, which enable people-to-people diplomacy across a range of fields, are designed to build goodwill toward the United States and enhance the security, stability, and resilience of partners overseas. Through the exchange of best practices on military, political, commercial, scientific, and other endeavors, the United States helps talented individuals from other countries become more effective leaders, potentially reducing their countries’ need for US assistance over the long term as they acquire the skills to manage problems by themselves.

As such, international exchange programs are not only very good value for money, but are entirely consistent with Trump’s aspiration for other countries to step up so that the United States can stop being the world’s policeman. The programs have an even more important role to play now, at a time of growing threats to the international order, mounting challenges to US leadership in the world, and increasing fragility of some of the institutions underpinning global security.

Within the United States, these programs offer an opportunity for thousands of communities across the country that interact with visitors to learn more about other countries, forge relationships with people they might otherwise never have met, and potentially establish a lifetime of connections. The vast majority of the funding for government-sponsored international programs is actually spent within the United States for travel, lodging, and meals at US businesses. Beneficiaries are also often required to “give back,” in the form of community service during their stay in the United States, further enhancing their beneficial impact.

Many of the programs are also two-way. For example, the US’ flagship Fulbright program, probably its best known international scholarship, not only helps talented foreigners come to the United States but also gives grants for US students to study overseas.

As Britain’s ambassador to Georgia from 2013 to 2016, I witnessed the impact of these exchanges first-hand. From this small country, an astonishing thirty-four current or former cabinet ministers are US exchange program alumni—including most prominently the former President of Georgia, Mikheil Saakashvili, and Georgia’s current Prime Minister, Giorgi Kvirikashvili, visiting Washington this week. Such US-trained officials have overseen the transformation of Georgia from a deeply corrupt, virtual failed state in the early 2000s, to a growing, stable democracy today. It is no coincidence that Georgia has become one of the US’s staunchest allies in the region, and highly valued security partner internationally—for example, sending troops to serve alongside US soldiers in Iraq and Afghanistan. Or that Georgia was selected as the preferred route for multibillion dollar pipelines bringing oil and gas from the Caspian to Western Europe.

What I observed in Georgia is true around the world. According to the Alliance for International Exchange, an association of ninety nongovernmental organizations, notable alumni include 565 current or former heads of foreign governments, eighty-two Nobel Prize winners, fifty-eight ambassadors to the United Nations, twenty-six heads of international organizations, and eighty-nine members of Congress. International students contributed $32.8 billion to the US economy and supported over 400,000 jobs during the 2015-2016 academic year alone. Ninety-four percent of exchange students from Muslim-majority countries reported having a deeper, more favorable view of American culture after their year in the United States. These figures are a testament both to State Department’s skill in identifying good candidates for the exchanges, and their multiplier effect.

The State Department’s programs complement those run by other parts of the government, such as the Pentagon’s International Military Exchange Training (IMET) program, designed to train future military leaders in other countries. IMET aims to establish rapport between the United States and other countries’ militaries to build alliances and to enhance interoperability and capabilities for joint operation. Another Pentagon-run program—the Combating Terrorism Fellowship Program—aims to build a global network of counterterrorism experts and practitioners—with whom the United States can then cooperate more effectively to tackle terrorist threats. The administration does not appear to be questioning the benefits of these programs, but is only targeting State Department exchanges, though all are founded on the same premise and serve the same end.

More could be done to promote awareness of these programs’ benefits within the United States as well as internationally, and more could be done so that they contribute more directly to US national security interests. Perhaps they could play a larger strategic role, with more money going to those countries or regions considered most vulnerable or hostile to US interests. More might also be done to nurture and leverage relationships with alumni over their lifetime.

But while improvements could certainly be made, no one should doubt the value of these exchange programs and their direct contributions to US national security. As Defense Secretary James Mattis famously said in 2013, “If you don’t fully fund the State Department, then I need to buy more ammunition.” International exchange programs are one of those rare cases where a dollar spent may be many dollars saved down the road: a genuine win-win policy. As Secretary of State Rex Tillerson embarks on a major review and potential restructuring of the State Department, this is one element of its budget he should fight to preserve.