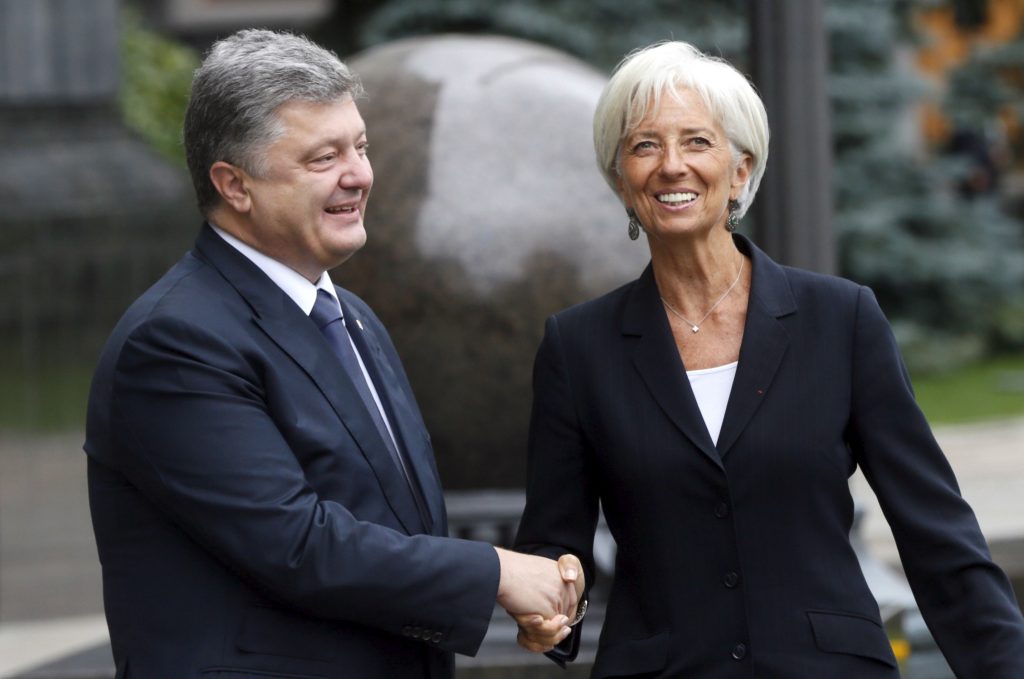 Thirteen months since the last tranche, the IMF has finally allocated the third tranche of its program to Ukraine, bringing the total disbursement to $7.6 billion. Although it is less than the originally planned $1.7 billion and came with substantial delays, the receipt of the $1 billion tranche was celebrated by the Ukrainian government as the first time Ukraine has progressed that far in any of its IMF programs.

In its previous programs, Ukraine was quick to abandon the difficult IMF-prescribed reforms soon after its economic crises became less acute. This program also tested Ukraine’s commitment to reform several times, with mixed success. Most recently, vested interests played a huge role in delaying necessary permits for the newly-created system of electronic income declarations for officials, threatening to dilute this important reform. Only after several letters from the international community and numerous statements by activists did the electronic declaration system receive the needed authorizations. The system has just started accepting electronic declarations, although its launch was plagued by problems.

Progress since the Euromaidan has been uneven, but some important reforms have started and progressed. They include reducing the deficit of Ukraine’s energy monopoly, Naftogaz, and bringing gas prices to cost recovery levels; improving governance standards for the largest state-owned enterprises (SOEs) and launching a competitive process to select their managers; establishing anti-corruption institutions, like NABU; and reforming the financial sector. Still, many of these reforms are behind schedule. Thus, the new anti-corruption agencies still don’t have sufficient operational independence to function efficiently and demonstrate results; no large state-owned enterprise has been privatized; and the system of energy subsidies needs to be made more targeted and transparent.

Nevertheless, the IMF’s latest infusion came at the right time. After Ukraine’s currency came under pressure in late August and the Central Bank found itself spending $140 million in one week to prop up the hryvnia, the IMF chose to support economic stability rather than wait until all of the required conditionalities were in place. The IMF demonstrated flexibility in lowering the tranche volume and postponing some important reform targets until the end of the year, when the next tranche is expected. The delayed targets include changing the corporate insolvency regime needed to allow banks to clean-up their balance sheets; revising pension and energy subsidy systems; enabling NABU to access relevant information required for investigations, and establishing a special anti-corruption oversight function in the Prosecutor’s Office. Decisive measures will need to be taken in each of these areas to satisfy the IMF by the end of the year.

The most important reform that has been put off is pension reform. It has been the elephant in the room during this program and is likely to become a visible indicator of Ukraine’s progress in the coming year. While the IMF wants to lower the pension system’s fiscal burden, Ukraine has been able to avoid this difficult reform so far, with the exception of substantially reducing early retirement and special pensions’ programs. But these measures were not enough to balance the Pension Fund. Indeed, last year’s reform of the single social tax—the Pension Fund’s major source of revenue—has contributed to a deepening of the Pension Fund’s deficit to an estimated 6.5 percent of GDP this year. Progress on this front will require political will on the part of the government and action on the part of the Rada.

Passing pension reform will be a challenge, even if this unpopular reform is packaged as part of the December budget process. Indeed, given the populist mood in the Rada, it may prove difficult not only to push new reforms forward but to prevent legislative initiatives that expand the budget deficit and thus threaten to derail the IMF program altogether. In view of such a possibility, the IMF has urged Ukrainian authorities to avoid tax policy changes that lead to higher deficits, and to focus on improving tax and customs administration.

A strong commitment to reform is important not only to secure official loans like the IMF program, US credit guarantee, and the EU Macro-Financial loan, but also to win investors’ trust. Ultimately, while official lending can help prevent crises, an increase in private investment is what is ultimately needed to put Ukraine on the path toward sustainable economic growth. Unfortunately, investors’ trust has been substantially weakened by long-lasting administrative controls on the foreign currency market, including those related to dividend repatriation, and the backlog of problems with the judiciary system. Addressing these issues and achieving tangible results in anti-corruption reform and privatization, as well as acting jointly with the Rada on unpopular pension reform, will serve as important signals that Ukraine is firmly on the reform track.

Oksana Bedratenko is an independent analyst based in Washington, DC; she formerly served as the Senior Local Economist at the US Embassy in Kyiv.