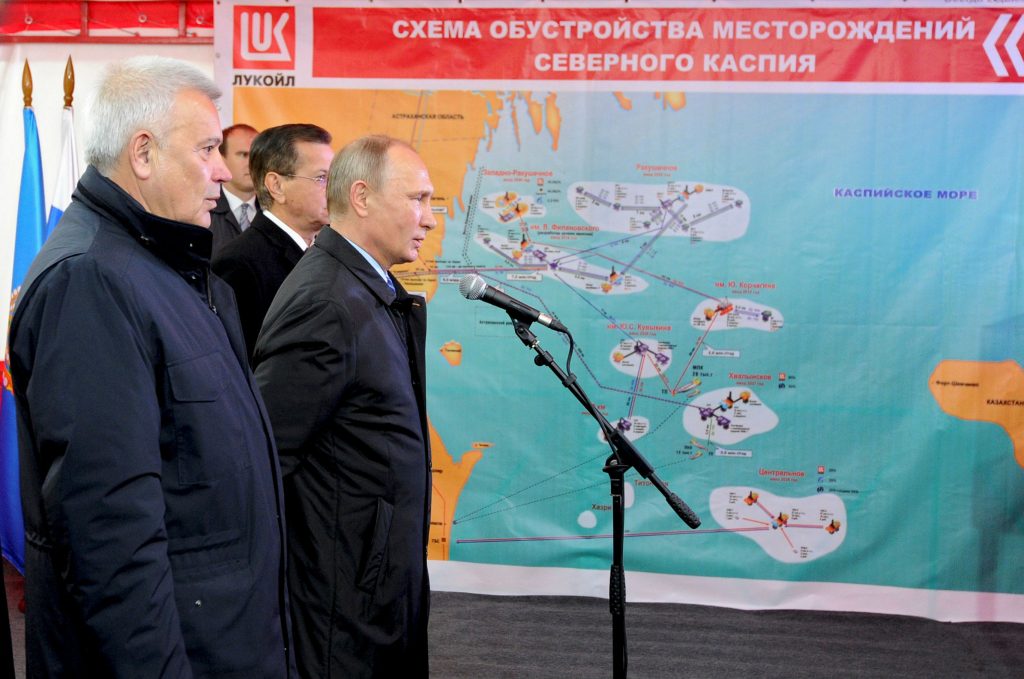 The Kremlin’s dirty tricks are dominating the headlines and have plunged the United States into political disarray. Behind these attacks, however, is a Russia that is increasingly weak and vulnerable. What this means for the stability of Vladimir Putin’s regime, however, is anyone’s guess.

Russia’s future depends on the price of oil and gas. This sector provides 52 percent of Russia’s federal budget and 70 percent of its exports. These prices make or break Russia, as is the case with other petro-states where economic development is nonexistent. Put bluntly, as Senator John McCain has said, “Russia is a gas station masquerading as a country.”

The oil outlook is grim for a number of reasons. American know-how and technologies continue to enhance oil production and create a plethora of alternative energy sources. This creates oversupply, lower demand, and weak prices. In addition, Iran and Iraq are producing oil flat out and by 2022 are forecasted to produce more barrels per day than either Russia or Saudi Arabia, at a time when Europe and fossil fuel-challenged nations are rapidly developing solar, wind, and biomass energy.

This oil price scenario will likely deteriorate even more thanks to the election of US President Donald Trump: proposed deep corporate tax cuts and a loosening of environmental regulations will reduce the breakeven costs of US oil production, sparking even more output.

Such trends have lowered oil prices in the past few months to a $45-$47 per barrel level, down from $50-$55 a barrel. Continuation of this price weakness is ruinous for petro nations like Russia and their currencies. Russia’s current GDP at $1.2 trillion is smaller than South Korea’s. In 2013, Russia’s GDP was $2.2 trillion and oil was priced at $104 per barrel.

Then there are the sanctions imposed on Russia, which are unlikely to be scrapped given Putin’s recent attacks in Ukraine and the Middle East. These financial and trade barriers lop 1.5 percent from Russia’s GDP per year, according to the International Monetary Fund. They also stop foreign investment into Russia and increase the outflow of capital, both legally and illegally. Already, some $1 trillion of illicit funds left the country between 2003 and 2013, according to a report by Global Financial Integrity of Washington, DC, and the number has undoubtedly increased since 2013.

Russian living standards are already poor, which is shocking given the country’s resource endowment; they dropped by 14.4 percent between mid-2015 and mid-2016. Within twelve months, household assets decreased from $12,086 to $10,344, according to the latest Global Wealth Report by Swiss financial corporation Credit Suisse.

This is due not only to low gas prices and sanctions but also to the regime’s habit of distributing wealth to its elite. In Russia, 89 percent of public wealth is controlled by 10 percent of households, one of the highest rates in the world. By comparison, this figure is 78 percent in the United States and 73 percent in China. A recent forecast by Russia’s fiscal authority, the Accounting Chamber, predicts that 20.5 million Russians will be living below the poverty line by the year 2019, an increase of 1.4 million over 2015.

According to US billionaire philanthropist George Soros, this will result in major political instability. He predicted last week that Putin’s regime will face bankruptcy in 2017 and that an electoral backlash among Russians will follow.

“Putin’s popularity, which remains high, rests on a social compact requiring the government to deliver financial stability and a slowly but steadily rising standard of living,” Soros wrote recently. “Western sanctions, coupled with the sharp decline in the price of oil, will force the regime to fail on both counts.”

Soros believes that a crisis is imminent: Russia’s social security programs are running out of money and the nation’s budget deficit stands at 7 percent of GDP. Unfunded social security programs will lead to social unrest, he believes, while a soaring deficit will generate inflation that will spiral out of control, bringing about even greater income disparity and hardship. The only solution to this dilemma can be higher oil prices, because the “gas station” doesn’t produce goods and services for export or generate jobs at home.

But reports of Putin’s demise may be wishful thinking.

“Russia seems to have achieved some semblance of stability,” wrote Atlantic Council Senior Fellow Anders Åslund, a former economic adviser to Russia. “Though economic growth is expected to reach only about 1 percent in 2017, the fear of economic destabilization that has permeated the country since its 2014 invasion of Crimea—which was met with crippling sanctions from the West—has all but evaporated.” Åslund said that “no change is expected” when Russia holds its presidential election in March 2018.

Both Soros and Åslund are astute observers, and only time will tell which one is correct. It’s clear, however, that while Putin may strut his stuff on the geopolitical stage as he drops bombs and wreaks violence in Ukraine and Syria, his stature and tenure domestically diminish along with sagging oil prices. As for a revolution, it’s a safe bet that in Putin’s Russia, the rich will get richer and the poor will get vodka—until there’s a Russian Maidan.