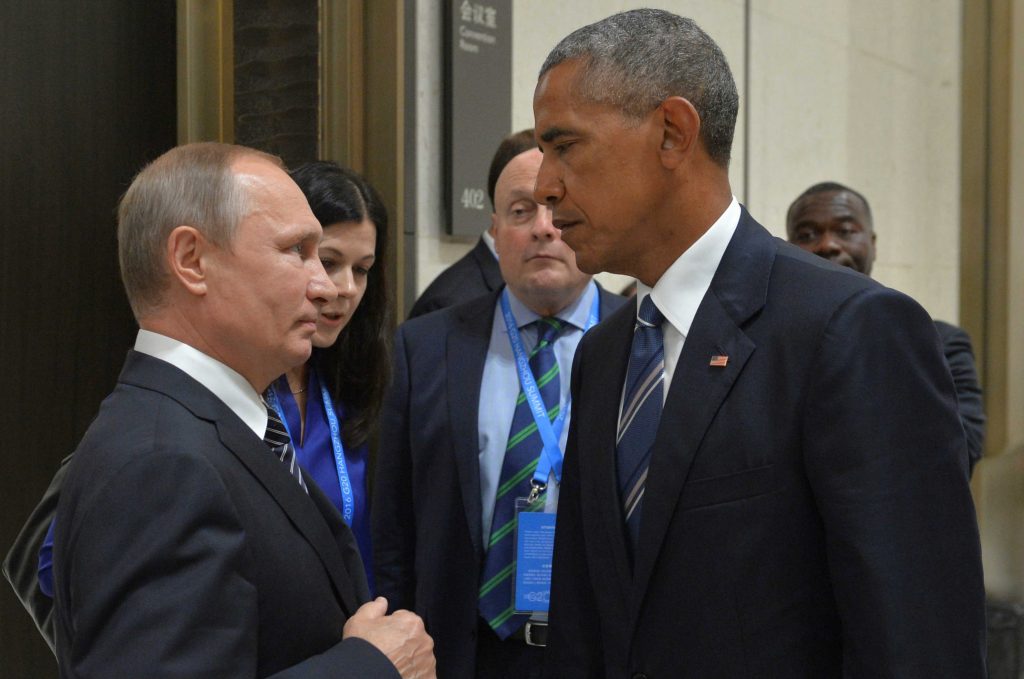 On September 4-5, the G-20 held its annual summit in Hangzhou, China, President Xi Jinping’s home. G-20 summits tend to be meaningless, but this one appears to have been outright harmful. The signature event was when President Barack Obama’s Air Force One was not met with a staircase, and it went downhill from there.

During the global financial crisis in 2008-9, when the main economies in the world needed to come together to reassure global markets, the G-20 was relevant. Ever since, G-20 meetings have lacked significance.

Ironically, the G-20 summit communiqués have become both longer and emptier. This year’s communiqué was a delight for us connoisseurs. The G-20 declared in fourteen pages and forty-eight articles that they favored everything good and opposed everything bad. This communiqué makes United Nations General Assembly statements appear insightful and daring.

This communiqué was so empty that even the host China was initially too embarrassed to publish it. Instead, it offered a slightly more substantial statement by President Xi of barely two pages.

The fundamental problem with the G-20 is that it has no least common denominator. Since four member countries are fully-fledged authoritarian states (China, Egypt, Russia, and Saudi Arabia), it has no common values.

They could agree on a common sense global economic policy in 2008-9, but strangely the United States insists on beating up on Germany, calling for more fiscal and monetary stimulus long after such demands have stopped being relevant. Germany sees no reason to accept that. As a consequence, the communiqué states: “We are determined to use all policy tools – monetary, fiscal and structural – individual and collectively to achieve our goal of strong, sustainable, balance and inclusive growth.” Why write such an empty phrase without any relevant details?

Slightly more substantially, the G-20 reaffirms its “determination to ensure a rules-based, transparent, non-discriminatory, open and inclusive multilateral trading system with the World Trade Organization playing the central role.” But several G-20 countries, notably Brazil, India, and Russia are leading protectionists, which this communiqué ignores. Needless to say, the two big US-sponsored regional trade agreements currently under way, the Transpacific Trade Partnership and the Transatlantic Trade and Investment Partnership, are not mentioned, which is a bone to China.

G-20 members are supposed to be the biggest economies in the world, but that is not actually the case. G-20 member Argentina is far down the list. Only nineteen members are countries, while the twentieth is the European Union. The G-20 attracts many hangers-on. This year no fewer than thirty-five countries or international organizations were represented, even the International Labor Organization.

As chairman, Xi took the privilege to steamroll his poor guests, claiming that the G-20 had overtaken the G-7 of the democratic industrial states. Since the G-20 meeting is not relevant, while many important people had gathered, the bilateral meetings dominated the news cycle. Xi took the lead in this game. By contrast, Obama had only three official bilateral meetings, with Xi, British Prime Minister Theresa May, and Russian President Vladimir Putin.

The surprise was the rookie, Vladimir Putin. In Brisbane in 2014, he had been the outcast because of his military aggression against Ukraine. Hangzhou marked his homecoming, where he broke his international isolation without changing his behavior. He did two one-on-one meetings in Vladivostok on September 3 with Japan’s Prime Minister Shinzo Abe and South Korea’s President Park Geun-hye. In Hangzhou, he stormed the stage with bilaterals with President Xi, Turkish President Recep Tayyip Erdogan, Saudi Prince Salman bin Saud, German Chancellor Angela Merkel, French President Francois Hollande, May, Obama, Egyptian President Abdel Fattah el-Sisi, and topped it off with Argentine President Mauricio Macri. Apparently, Putin was the most popular politician in Hangzhou, and the many photos show that he loved every minute of it.

The ultimate Western humiliation was that the five BRICS leaders met, while the G-7 leaders who were all present did not bother to organize a joint meeting.

As a final humiliation to the G-20 summit, North Korea’s President Kim Jong-Un, who had been on the agenda, shot off three mid-range ballistic missiles in the Sea of Japan.

Among the many important issues missing in the communiqué are Syria, Ukraine, Western sanctions on Russia, and the South China Sea island conflict. The West got nothing and would have benefited from staying out. It is time for the West to relearn diplomacy. It could check if Xi and Putin offer tutorials.