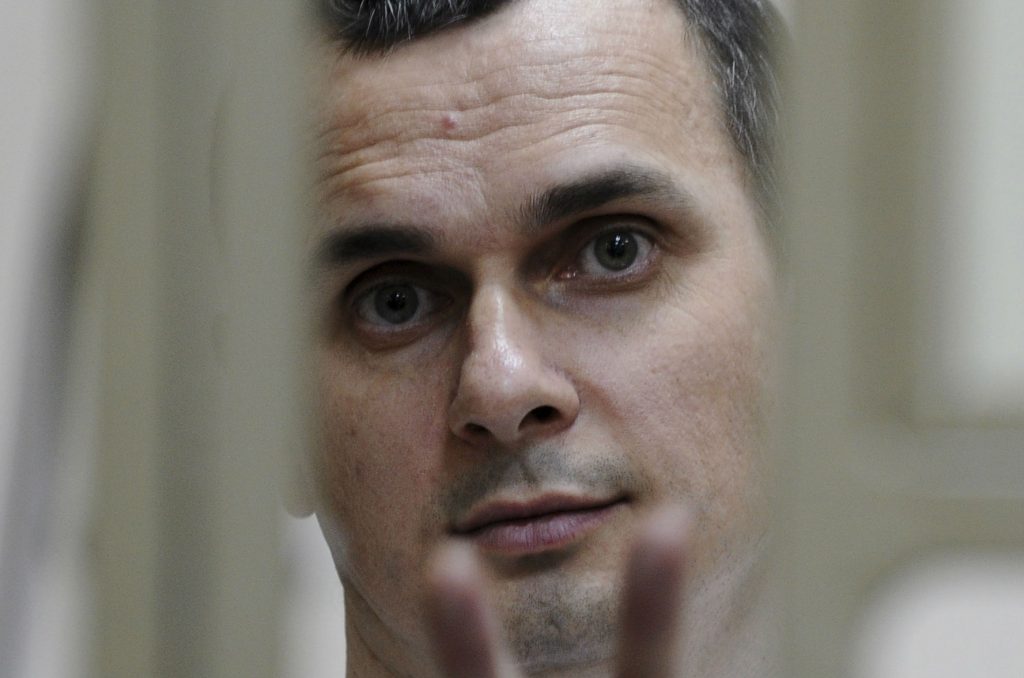 The World Cup in Russia is a Potemkin football extravaganza or a fancy façade designed to depict the country as advanced and civilized.

In reality, it’s neither.

Facts are that in recent international sporting events Russia’s athletes have been caught doping on a massive scale, or, alternatively, Putin has used festivities to camouflage the invasion of neighboring nation-states Georgia in 2008 and Ukraine in 2014.

Since the World Cup began on June 14, Russian tanks have not rolled into any smaller countries, but the Games have been blemished by a more than month-long hunger strike by Oleg Sentsov, a Ukrainian filmmaker unjustly sent to a Siberian prison camp. The 41-year-old has been starving himself for more than forty days to raise world opinion during the World Cup about the torture and unjust imprisonment of himself and 64 Ukrainian political prisoners.

These human rights abuses, and the fact that no one has access to him to determine how dire his health is, have led to condemnations from people and governments around the world on the front pages of newspapers, not sports pages.

Sentsov, a native of Crimea, was working on a film when his region was occupied then annexed by Russia in 2014. He and three others were arrested as “terrorists” by Putin’s terrorists, and all were tortured into confessions. They were convicted in 2015.

Directors from Russia and around the world have declared support for his cause. There have even been protests inside Russia by a few brave souls, and Ukrainians are demonstrating near Russian embassies around the world about this latest outrage.

Governments have stepped up too. The European Union describes the situation as a “breach of international law and elementary standards of justice.” Last week, the European Parliament passed a resolution demanding the immediate release of Sentsov and the others, and France’s President Emmanuel Macron raised the case with Putin. The US State Department has spoken on his behalf as well, but President Donald Trump has used the issue to remind the world that the annexation of Crimea occurred on the watch of former President Barack Obama, not his.

As usual, Putin is indifferent and flouts international norms. His government has denied access by Ukraine’s human rights representative to Sentsov and others because, maintains the Kremlin cynically, they are “Russians not Ukrainians.”

His propaganda machine has rolled and trolled out the usual dishonest arsenal of disinformation such as claims that Sentsov’s injuries in jail were not the result of torture but his own “sadomasochism.” Another is that criticism is bogus, and an attempt to undermine Russia’s World Cup.

But everyone knows that Moscow lies—like allegations that Ukraine shot down a commercial jet and not Russian-backed operatives. Putin and his gang are about as convincing as those soccer players who take dives to convince referees to award yellow cards or free kicks.

But no matter how self-righteous or how glitzy the new soccer stadiums or celebrations are, Sentsov reminds the world that Russia is a pariah and should head for the showers.

Image: Ukrainian film director Oleg Sentsov gestures from a defendants' box as he attends a court hearing in Rostov-on-Don, Russia, July 21, 2015. Sentsov was detained and accused by Russian authorities of planning to organize attacks in Crimea in May 2014, while his followers say the charge was politically motivated, according to local media. REUTERS/Sergey Pivovarov