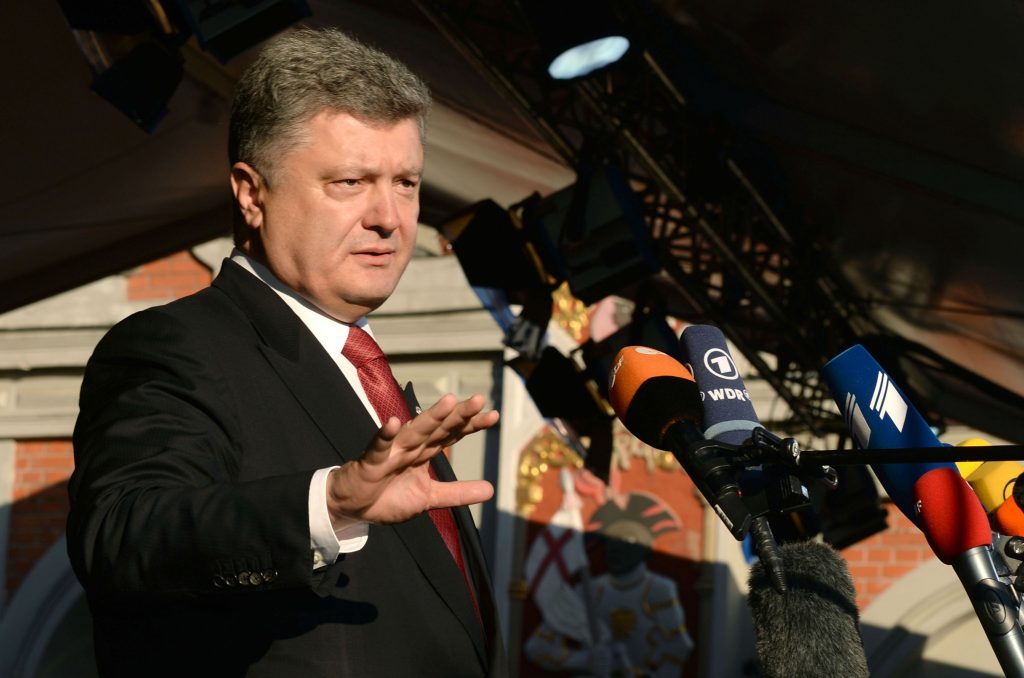 In his new book, Imperial Gamble: Putin, Ukraine and the New Cold War, the renowned American journalist Marvin Kalb touches on an issue outside his traditional area of expertise in domestic politics: the conflict between Russia and Ukraine and its implications for US-Russia relations.

Kalb believes that the American public has been misled by media coverage of this conflict and often misses the whole picture. This book aims to fill that void, but it fails in a number of aspects.

1. The author gets history very wrong

About two-thirds of Imperial Gamble is devoted to rehashing the history of Russia and Ukraine. This narrative is reminiscent of a school textbook, but differs in its remarkably high number of factual errors. Several are below.

The author also has a serious problem with the geography of Ukraine. “In the south, running from the Carpathians in the west to the Urals in the east, including the Donets basin, lay a banana-shaped land [called] Malorossyia, or Little Russia,” Kalb writes. Actually, historic Malorossyia was much smaller: it made up only about 20 percent of present-day Ukrainian territory, and never reached as far as the Carpathians nor the Donets basin, let alone the Urals.

2. The political makeup of modern Ukraine is presented incorrectly

Kalb constantly reminds readers that Ukraine was “split down the middle: one [half] leaning to the East, the other drawn to the West.” Traditionally, however, the term “Western Ukraine” has only referred to the seven regions seized by the Soviet Union in 1939 and 1944, which represent less than a quarter of the country’s territory and population—and only three of the seven regions were known for their pro-Western stance. The rest of Ukraine’s attitude has evolved with time, as the Cato Institute’s Andrei Illarionov has illustrated through his research of Ukrainian regional voting patterns between 1991 and 2014: the East-West dividing line shifted east throughout the 1990s and 2000s, and by 2014, the “pro-Western” electorate encompassed practically the entire nation. In other words, even though the East-West divide did exist in Ukraine, it was a temporary phenomenon rather than a permanent feature, as the author claims.

The message of Kalb’s narrative of Russian and Ukrainian history boils down to the following: since the two nations share a common history and culture, Ukraine is extremely important to Russia in both political and emotional terms, and the West should take Russia’s sensitive interests into account when dealing with Ukraine. The author argues that it would be wrong to perceive Ukraine as a pro-Western democracy standing against autocratic Russia; he deliberately places quotation marks around the word “democratic” when applying the term to Ukraine. Besides, he says, there is no point in antagonizing Russian President Vladimir Putin: even if he were gone, Russia’s traditional proclivity for despotic leaders would not change.

3. The author seems convinced that appeasing Russia is the only solution

Kalb continues his argument by lambasting President Obama and Secretary Kerry for standing behind Article Five of the NATO charter and firmly stating the US’ resolve to defend Baltic nations in the event of Russian aggression. He believes such statements are irresponsible and could drag the United States into war with Russia.

That’s simply wrong. Many nations in the world share a history and culture with their neighbors, but that doesn’t entitle them to intervene in the domestic affairs of their neighbors or to demand that the international community take their historical and cultural sensitivities into consideration. Russia should not be an exception to this rule.

Though Ukraine faces many serious domestic challenges, it would be unreasonable and self-defeating for the West to not support its pro-Western path of development, which the nation has already embarked upon. Ukraine is a democracy—without any quotation marks. Unlike Russia, it has experienced the peaceful transfer of power between opposition parties several times, and boasts a vibrant civil society and free media.

As for Russia—where, as Kalb believes, democracy is not going triumph even once Putin is gone—I would retort that a journey of a thousand miles begins with a single step. Preventing Russia from taking that first step by rewarding actions that move it in the opposite direction would be in the interests of neither the West nor Russia.

During the Cold War era, the Soviet Union never dared attack a NATO country, even though it had a robust military and held strong international positions. Today, Russia’s military is a pale shadow of the mighty Soviet Army, its economy is much more vulnerable to Western actions, and the powerful and comprehensive ideology of Communism has been replaced by consumerism favored by Russian elites who would be highly resistant to give up the privilege of shopping in the West. In other words, the Kremlin would never run the risk of war with NATO allies, unless it was specifically instructed that an attack would bring no serious consequences for Russia.

By confirming its obligations under Article Five, the United States has won this confrontation without a single shot. The entire Russian propaganda machine strives to convince the West of the opposite: that war with Russia is a real threat, and that the West would pay a dear price for holding up its end of the bargain. Willingly or not, with his book Imperial Gamble, Kalb contributes to the efforts of Putin’s propaganda machine.

Alexei Sobchenko is a former Department of State employee.

Image: Ukrainian President Petro Poroshenko at the Eastern Partnership Summit in Riga, Latvia in May 2015. A new book by Marvin Kalb argues that it would be wrong to perceive Ukraine as a pro-Western democracy standing against autocratic Russia; he deliberately places quotation marks around the word “democratic” when applying the term to Ukraine. But Ukraine is a democracy—without any quotation marks. Unlike Russia, it has experienced the peaceful transfer of power between opposition parties several times, and boasts a vibrant civil society and free media. © European Union