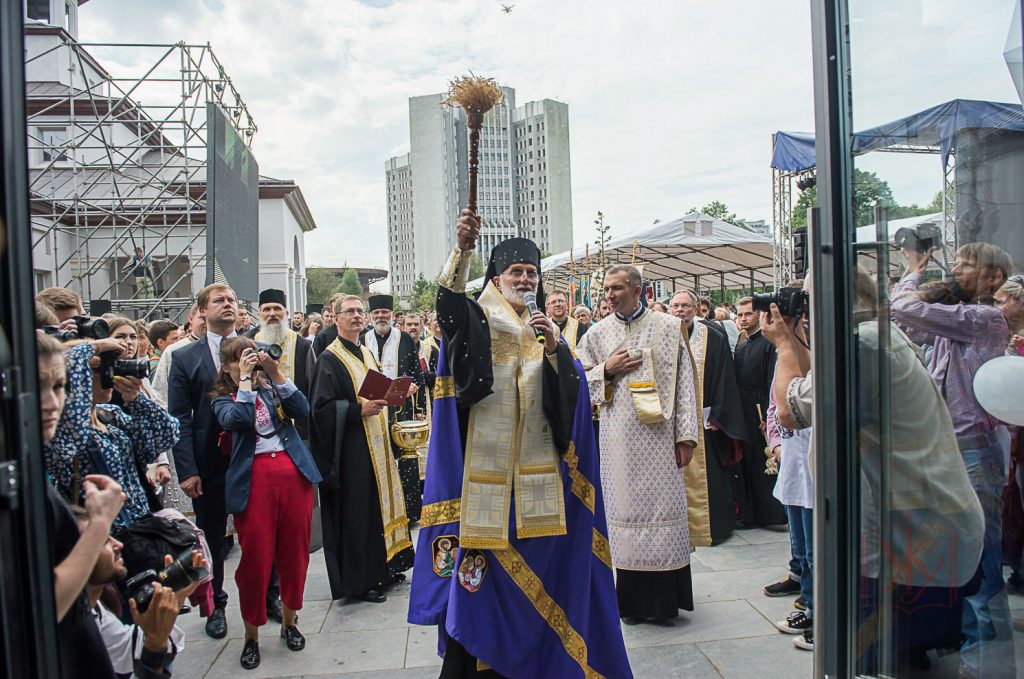 Canadian businessman and philanthropist James Temerty was the main funder behind the creation of the Metropolitan Andrey Sheptytsky Center.

At the consecration ceremony, Ukrainian Catholic University President Bishop Borys Gudziak presented Temerty with a symbolic gold key to the center, saying, “May this key open not only this building, but hearts.”

Designed by German architect Stefan Behnisch, the center’s distinctive features are openness and light, which is ironic given that the Soviet government intended to use the space for a dreary Communist building. Gudziak said it was “fitting that here arose something in the spirit of Lviv.” The design and center are meant to help “fulfill the dream of a human campus which will renew God-given human dignity” in Ukraine, Gudziak said.

The five-story center is more than a library for the humanities; it also features academic and research spaces, and public space for community events. The first floor includes areas for reading, exhibitions, and conference space as well as a café and university bookstore. Upstairs patrons can find an open-stack collection, more reading spaces, private carrels for individual study, and group study rooms. From the work spaces, one can look out into Stryisky Park and the university church.