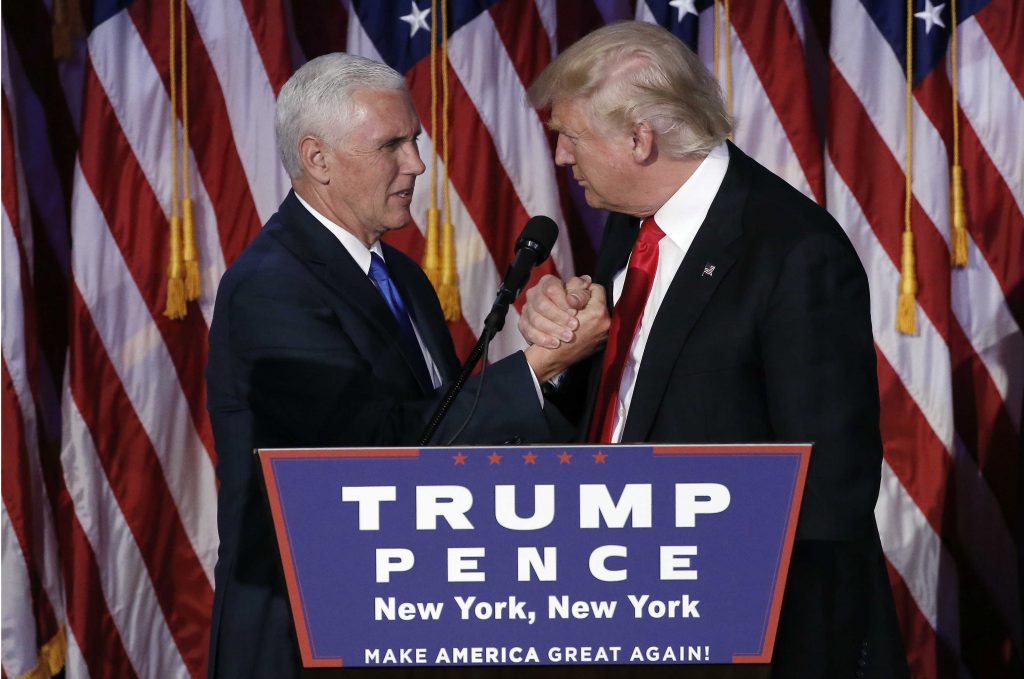 Friends of Ukraine, brace yourself. There’s no way to sugar-coat this for the democracy crowd either.

Donald Trump has suggested that Ukraine is not our business (it “affects Europe a lot more than it affects us”). Our president-elect admires Russia’s authoritarian leader (he’s “brilliant,” a “strong leader”), and wants Vladimir Putin as an ally (“Russia is killing ISIS”). Retired Lt. Gen. Michael Flynn—one of Trump’s top foreign policy advisers—was paid to attend the tenth anniversary of RT last year and was seated at the event’s gala dinner next to Russia’s president. Candidate Trump himself appeared on the Kremlin’s propaganda channel in September.

What kind of deals will the Trump administration make in the “national interest”? What if his ideas about making America great again sync with Putin’s vision of making Russia great again?

For those committed to the Euro-Atlantic integration of Ukraine—and the idea that the advance of democracy and human rights serves American interests—I’d like to offer three pieces of advice.

First, see how President Trump’s team of rivals plays itself out. Establishment operative and Paul Ryan friend Reince Priebus gets the White House chief of staff job; far-right rabble rouser and sworn enemy of the Speaker Steve Bannon will become the president’s chief strategist. Putin pal and provocateur Flynn—the former Defense Intelligence Agency head who led chants of “lock her up” against Democratic nominee Hillary Clinton at the GOP convention—is named national security advisor. This, while Trump apparently considers for Secretary of State genteel Mitt Romney, who in 2012 labeled Russia, “our number one geopolitical foe.”

What is Trump going for?

Abraham Lincoln’s cabinet comprised a true team of rivals. Our sixteenth president sought to keep the country together through civil war and the path to abolition. He also had exceptional leadership gifts.

“[Lincoln’s] extraordinary array of personal qualities…enabled him to form friendships with men who had previously opposed him; to repair injured feelings that, left untended, might have escalated into permanent hostility; to assume responsibility for the failures of subordinates; to share credit with ease,” writes Doris Kearns Goodwin in Team of Rivals.

Our forty-fifth president is cut from different cloth.

First advice? Be patient. A year one Trump foreign policy team might look different in years two and three, as heads whack against each other (and get cut off by the boss). Push from the outside; see how a Trump foreign policy evolves on the inside. James Mattis, who is being considered for Secretary of Defense, would reassure Capitol Hill and the national security community. But the no-nonsense retired Marine Corps general will not, by all accounts, allow himself to be used as prop, nor cotton to machinations.

Second, let the realists crow. Stephen Walt sees opportunity for a “peace of Trumphalia,” which has the president making clear we don’t “give a fig about how Vladimir Putin (mis)manages his own country”—or about what Moscow does with Ukraine.

The deep flaw of today’s realists is not just callous indifference to morality in these matters, but also obliviousness to the agenda of our adversaries. Putin wants Europe weak, divided, and dependent. He wants NATO scrapped. What exactly do we want for this part of the world? Ditto Syria. Putin wants naval and air bases in Syria, expanded power in the Mediterranean, and diminished American influence in the greater Middle East. Beyond finishing off ISIS, what do we want in the region? Incidentally, how will the new commander-in-chief react when the same Russian intelligence services that damaged Hillary Clinton in 2016, suddenly deem it helpful to use cyber warfare to undermine his presidency in 2017 or 2018?

The advice here: watch for the new nationalism-realism to eventually collapse of its own internal contradictions. President Trump may consider playing a different hand, once he realizes he’s been played.

Which means finally, prepare now—intellectually and politically—for when we arrive on the other side of choppy waters later. It’s not just Ukrainian reform that must stay on track. Beyond Obama and Trump, we must lay the ground work for an American foreign policy that wisely and effectively marries interests to ideals and intentions to convincing outcomes.

Striking this kind of balance will ultimately get Americans the deals they deserve—be it from the new administration, or the one to follow.

Jeffrey Gedmin is senior fellow at the Atlantic Council and Georgetown University’s School of Foreign Service, and serves as senior adviser with Blue Star Strategies.