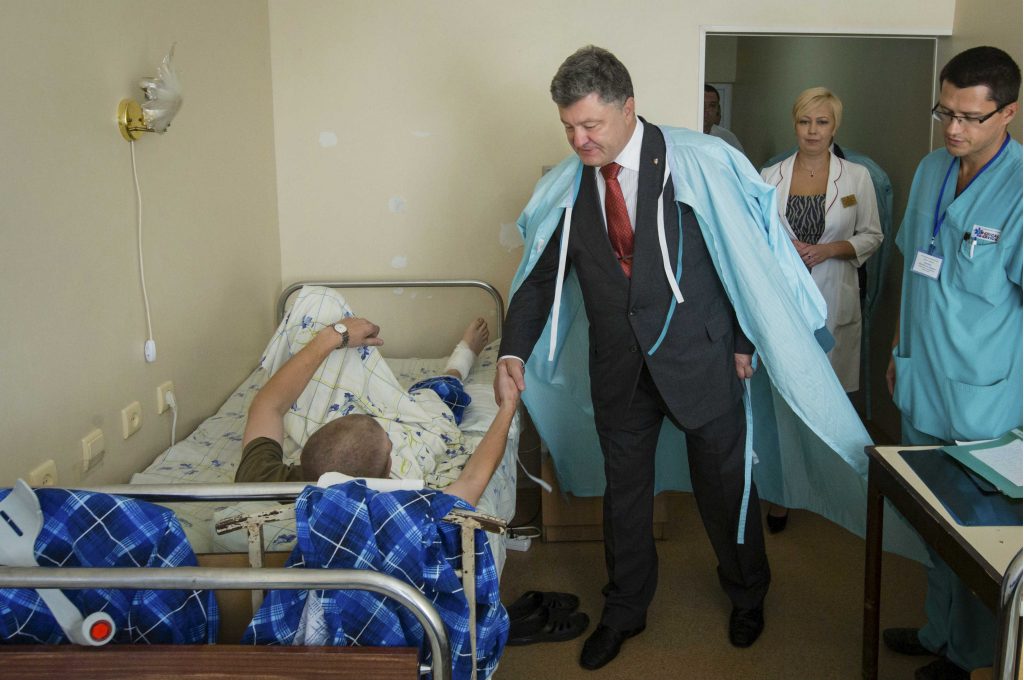 Three years after its invasion of Ukraine, Russia continues to pummel the country with cyberattacks, ruthless propaganda, and Grad missiles.

But Ukraine’s dysfunctional institutions, especially its health care system, undermine Ukraine’s national security as well. Policies to reduce the enormous stress on Ukraine’s military and government alone ignore the delivery of core services. Without those services, Ukraine’s citizens remain vulnerable to its enemies, like Russia, who benefit from a weak state.

That’s why civil society, countless experts, and thousands of activists have stood with Dr. Ulana Suprun, acting Minister of Health, to demand an entirely new model for health care in Ukraine. Such a model would provide stability in a country losing its population; a country where children aren’t always vaccinated and epidemics, like tuberculosis, infect young and old alike. A new health care system is a national security imperative.

There’s no question that Ukraine’s health care system is broken. There is too little palliative care for patients facing life-threatening illness. Corrupt Soviet-legacy procurement policies, under-equipped clinics, and corruption in the management of controlled substances leave patients navigating a system that does not meet their needs. Petty corruption is the norm. Half of all Ukrainians do not use health services at all because they cannot afford the informal payments many doctors ask for even though Ukraine’s constitution mandates free health care.

The stories about Ukraine’s failing health care system are heartbreaking. Vlad Zhukovsky, a university student, tried to jump out of a hospital window because he was in such pain because he did not have access to sufficient doses of medication. Antiquated Ukrainian regulations on morphine kept doctors from offering him enough. He died from brain cancer in 2010.

“He wanted to fall head-first to be killed right away to stop the torture. That’s how much his head hurt,” his mother Nadezhda said, sobbing. “He howled like a wolf.”

More than 200,000 Ukrainian veterans face some of the most difficult challenges as they reintegrate into society. Instead of medals, they are met with barriers to managing their pain and the injured often lack access to care. Military hospitals provide urgent care, but soldiers discharged from service on medical grounds return to face a civilian medical care system that is ill-equipped to manage battlefield injuries. Some veterans are forced to cope with PTSD and other conditions without any specialized treatment.

The international community must consider that any security assistance package, no matter how generous, can be dulled by ineffective governance and put greater emphasis on the delivery of core services in future assistance.

Essential services, like health care, are strategic components of a resilient state. The International Renaissance Foundation and its partners proposed transformative policies to make pain relief medicines more available to patients who need it. This broad community effort was driven by the belief that responsive institutions will translate into a more secure state. Information campaigns like “STOPPAIN” are helping shape discussions about a new model of health care that recognizes health as a human right.

The comprehensive health care reform effort pending in Ukraine’s parliament is a question about national stability, not just health. The international community must urge parliament to adopt a new health care model before July 14, when the current parliamentary session ends. President Petro Poroshenko has called the pending proposals “very substantial.”

Still, prominent parliamentary factions remain strongly opposed to change. If health care isn’t passed by July 14, it’s unlikely that the system will be overhauled for several more years. This would leave a core Ukrainian institution all the more vulnerable to external pressures.

Ukraine’s future hinges on lawmakers in the United States and Europe standing behind reformers like Suprun. This means making health care a key facet of parliamentary diplomacy and diplomatic efforts. Lawmakers in Ukraine must be convinced of the security consequences of maintaining a system in which corruption flourishes. Leaders from the international community should do everything in their power to encourage cooperation between the Ministry of Health and the Rada, while ensuring that corporate interests do not discourage true change.

Suprun and the thousands of activists and experts standing with her have toiled for years to secure more than reform; they are building a functional institution—the National Health Service—from scratch. It needs support from civil society and a firm mandate from the Rada. The international community must recognize that mandate and shape international assistance to replace strategic vulnerabilities with resilient institutions. Ukraine’s national security depends on it.

Olena Kucheruk is a manager of the Public Health Program Initiative at the International Renaissance Foundation in Kyiv. Alex T. Johnson is the senior policy adviser for Europe and Eurasia at the Open Society Foundations in Washington. He tweets @atjsk1.