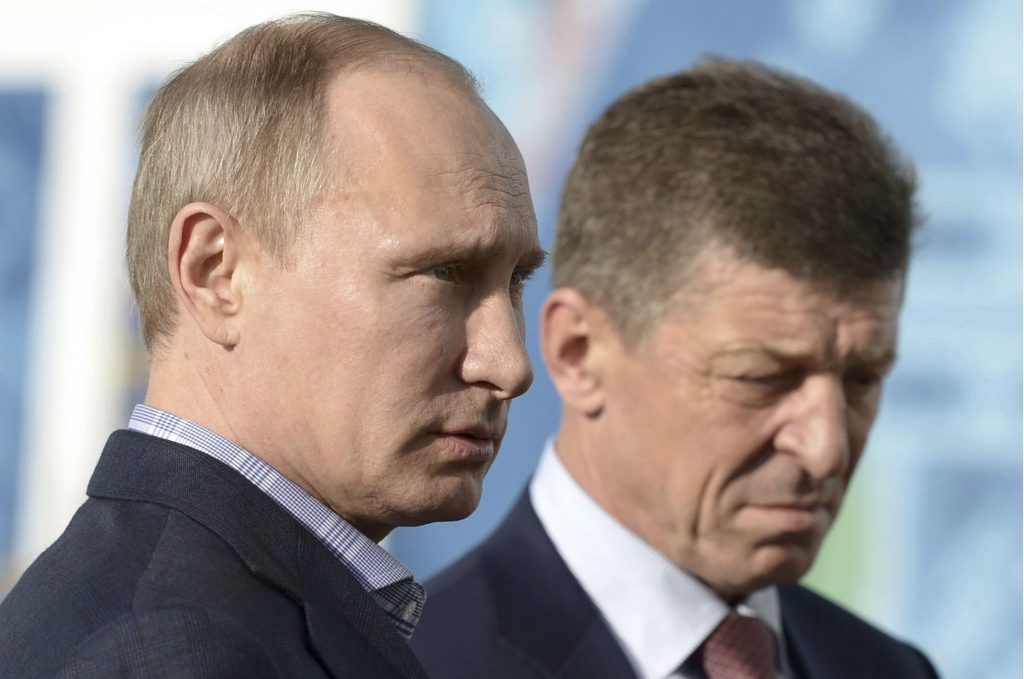 Ukraine has become the object of high-stakes diplomacy. This does not mean that fighting has stopped—quite the opposite. Russian forces continue to launch probes and violate the cease-fire agreement; they have substantially reinforced themselves, as have the Ukrainian forces arrayed against them. Nevertheless, a major diplomatic campaign is occurring.

Russian President Vladimir Putin has taken complete political control of the separatist forces by sending veteran troubleshooter Dmitri Kozak to take over Russia’s relations with the so-called Donetsk People’s Republic (DNR) and the Luhansk People’s Republic (LNR). He also sent another confidante, Boris Gryzlov, former chairman of the Duma, to negotiate with Ukrainian President Petro Poroshenko in Kyiv, and a third gray eminence, Vladislav Surkov, has met with US Assistant Secretary of State Victoria Nuland in Kaliningrad. Although we do not know the outcome of these discussions, they represent an effort to achieve some sort of diplomatic solution whose details will gradually unfold.

But these maneuvers do tell us a great deal. It appears that Putin has long since reached Russia’s “culminating point,” to use Clausewitz’s term, where it is no longer possible for Russian forces to advance: they have gone too far beyond the sources of their power. Given the deepening economic crisis, Russia cannot sustain a protracted war against Ukraine—although it can preserve the current “frozen conflict.”

But doing so entails its own severe costs. Sanctions remain in place while Russia is supporting Crimea, the DNR, and the LNR. These costs have mounted to the point where Russia has had to forego not only vital infrastructure projects and defense programs, but also major energy and infrastructure investment opportunities in China and Central Asia. Meanwhile, poverty, inflation, and unemployment continue to grow at home. And although Russia can sustain its Syrian adventure, those costs have doubled to $8 million a day.

While Moscow has forced Washington to treat it as an equal in Syria, and clearly hopes to achieve a similar outcome regarding Ukraine, Putin must relieve the pressure on Russia and erode the sanctions regime if he can. Although he is doing everything possible to achieve this goal, the EU’s steadfastness has surprised him.

Thus, like any good gambler, Putin now seeks to cash in his chips and get out of the casino before his luck turns. This is where the diplomacy becomes intense. A major sticking point is Putin’s demand that Ukraine accept Minsk II. Another is his push for a reform of the Ukrainian constitution that would grant the Donbas not just autonomy but virtual independence from Ukraine and subordination to Russia. Ukraine would have to absorb all of the costs, while Russia could use its leverage at any time to undermine the possibility of an independent Ukrainian state, much as it has done in Moldova through Transnistria. This recipe is one that has long since been perfected by tsars and commissars alike to expand the Russian empire. Thus Putin seeks not only an end to sanctions, but also a de facto solution that would allow him to keep Crimea, undermine Ukraine’s statehood, and resume business as usual with Europe and the United States.

For both Ukraine and the West, that outcome would represent what Lenin called a rotten compromise. Not only must Russian troops fully leave Ukraine and the rebels be disarmed, but Ukraine’s authority over these provinces must be solidly unchallengeable. While Kyiv should disperse power away from the center to provincial governments, creating virtually sovereign statelets that are vulnerable to future Russian annexation will hardly resolve the current crisis.

Second, the West should insist that Russia leave Crimea. The referendum in Crimea, which occurred under the shadow of Russian bayonets, was a sham, and Crimea is no more part of Russia than the New York neighborhood of Brighton Beach, where many Russian and Soviet emigres live.

The withdrawal might be arranged in stages and the issue of NATO membership tacitly postponed for some acceptable length of time, since in any case NATO will not take Ukraine at present. But Ukraine’s integrity, sovereignty, and independence must not be abridged in this settlement. Any solution that does not return Crimea to Ukraine merely postpones the next day of reckoning and opens up a veritable Pandora’s box of demands for ethnic and border rectifications all over Eastern Europe, while allowing Russia to retain the gains of aggression and potentially threaten the Balkans and Turkey.

Ukraine’s membership in the European Union also must be addressed. Entry into the EU is the work of generations. But we have seen that no neighbor of Russia is safe unless it is part of a solid security system like NATO or the EU. Brussels, as part of its plan for the long-term reconstruction of Ukraine, should make membership available to Kyiv, provided it follows through on the requirements laid out in the EU’s Acquis Communautaire.

Even if it takes a generation to reach this destination, the failure of the Eastern Partnership demonstrates that only conditionality and the promise of actual membership in the EU will ensure meaningful and lasting reform. This same observation holds true for NATO, but that might be a bridge too far for purposes of achieving an agreement. Ukraine will not be safe as a buffer, especially if Crimea is not returned.

Building a Europe that is whole and free depends not only on the outcome of this diplomatic initiative, but also on realizing the hard lessons of this war and driving them home to Moscow. Whatever emerges from Putin’s attempt to leave the gaming tables, we cannot grant him undeserved and unsustainable rewards. As this war shows, without a secure Ukraine, European security is unthinkable.