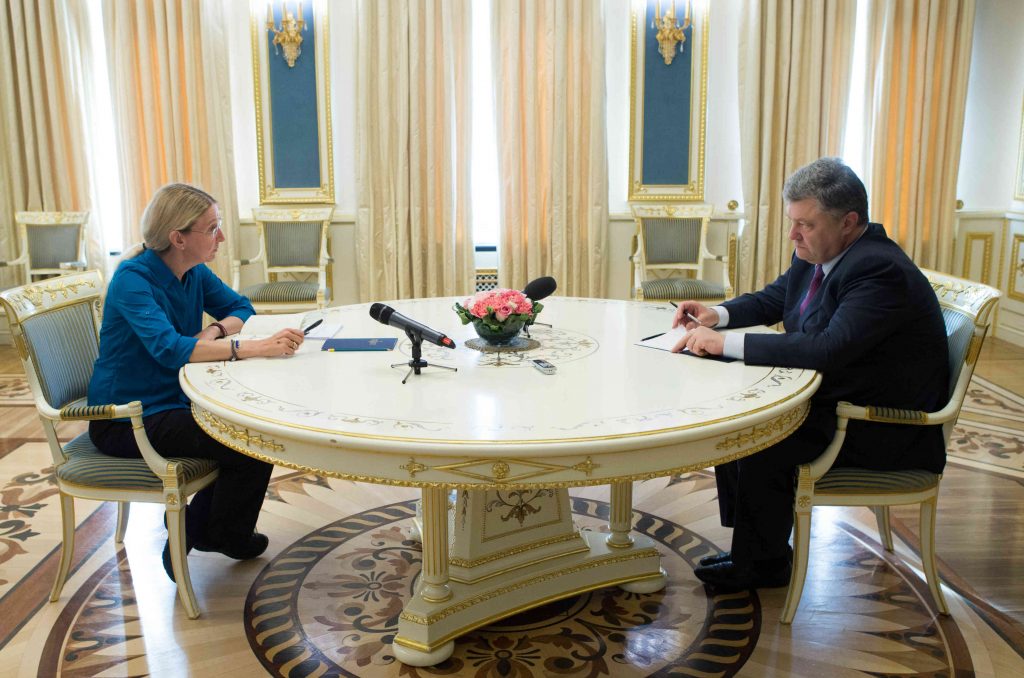 Many changes have occurred in Ukraine since the Euromaidan, but the country still struggles mightily with corruption. Those efforts are symbolized in the ongoing fight to reform Ukraine’s corrupt procurement practices.

For years, links between government officials and Ukraine’s “pharma mafia” resulted in the theft of approximately $100 million of the Ministry of Health’s $250 million drug procurement budget. This occurred through a number of schemes, including the use of staged drug tenders, in which the winner was determined in advance, and “related party transactions,” where several pharmaceutical companies controlled by one owner “competed” with each other in Ministry of Health drug tenders.

To end this corruption, activists concluded that the entire drug procurement process needed to be wrested from the Ministry of Health and outsourced to trusted Western organizations. As a result of legislation and regulations implemented in 2015, approximately half of the Ministry of Health’s UAH 4 billion drug procurement budget was transferred to UNDP, UNICEF, and Crown Agents.

The benefits of this reform were immediate. According to Olga Stefanyshyna, executive director of the NGO Patients of Ukraine, drug outsourcing saved Ukraine approximately $35 million in their 2015 purchase of medications, compared to 2014. More medicine for diseases such as tuberculosis, hepatitis, and cancer were available, and Stefanyshyna proudly notes that African countries such as Uganda and South Africa are now looking at implementing their own versions of Ukraine’s new drug procurement outsourcing model.

Activists next turned to deregulating the Ministry of Health’s process for approving the use of foreign medications in Ukraine that are already authorized for use in Western markets. According to Oleksandra Ustinova, a member of the Anti-Corruption Action Center’s (AntAC) board, it takes up to three years for the Ministry of Health to approve drugs authorized for use in the West, despite the stringent regulatory standards in force in those developed markets. As a result, many foreign drug companies ignore the Ukrainian market, unwilling to pay the bribes needed to sell their products there.

While Ukraine’s pharma mafia benefits from this reduced foreign competition, ordinary Ukrainians suffer. “Patients who are prescribed medications not authorized in Ukraine and who have no other alternative are forced to procure medicines on the black market with no guarantee what the package contains,” Ustinova said.

Luckily, this may soon change. On April 20, Prime Minister Volodymr Groisman—with the assistance of activists—registered draft law 4484 for approval by parliament. This draft law mandated that the Ministry of Health take only seventeen days to approve the use of drugs already authorized for use in the United States, Canada, Australia, Switzerland, Japan, and the European Union.

Getting 4484 through parliament was not easy, as the Ministry of Health and its allies in the pharma mafia tried to subvert Groisman’s initiative. According to activists, the Ministry of Health tried to amend 4484 to make the process of registering developed market drugs more complex than it previously was, arguing that the deregulation of Ukraine’s pharmaceutical market would allow poor quality medications into the country.

Despite its passage and the successful early results from outsourcing drug procurement, activists understand that the Ministry of Health and its pharma mafia allies won’t go down without a fight. Stefanyshyna notes that the procedural regulations needed to implement 1350 still need to be written, and she expects that the old guard will seek to delay the process.

Outsourcing drug procurement faces even stiffer resistance than in 2015. According to Stefanyshyna, 2016 money allocated for drug procurement was supposed to have been transferred to international organizations by July 20, but the May departure of Ministry of Health Deputy Minister Ihor Perehinets—a strong supporter of drug procurement reform—left activists without their most important government sponsor.

“This caused the implementation of outsourcing to grind to a halt, as the Ministry of Health now ignores all requests from UNDP, UNICEF, and Crown Agents to move forward with transferring the 2016 drug procurement money to the international organizations’ accounts,” Stefanyshyna said.

Even worse, the Security Bureau of Ukraine (SBU) also weighed in against drug procurement outsourcing, sending a series of letters to the Ministry of Health working group responsible for selecting the medicines international organizations would procure in 2016. Activists report the SBU’s letters described procurement of certain drugs as a “threat to national security,” while also evaluating the performance of UNDP, UNICEF, and Crown Agents in terms of supplying drugs as “unsatisfactory.” The reason for the SBU’s sudden involvement remains murky, but activists assume that it was done at the behest of pharmaceutical distributors and former Ministry of Health officials. Regardless of the reasons though, the SBU’s involvement represents an ominous new development.

Unwilling to meekly accept the SBU’s attempt to intimidate reformers, activists held a press conference on July 12 to highlight the delays. They caught a big break with Groisman’s July 27 appointment of Ukrainian-American doctor Ulana Suprun as acting Minister of Health; she supports drug procurement outsourcing, and her appointment is a clear signal of the new prime minister’s support for health care reform. Activists now hope a combination of public pressure through press conferences and demonstrations, along with support from Suprun, will be enough to break the logjam and ensure that drug procurement outsourcing moves forward.

While overcoming corruption remains a case of two steps forward and one step back, activists remain determined to drive a final stake through the hearts of the pharma mafia and its corrupt allies.