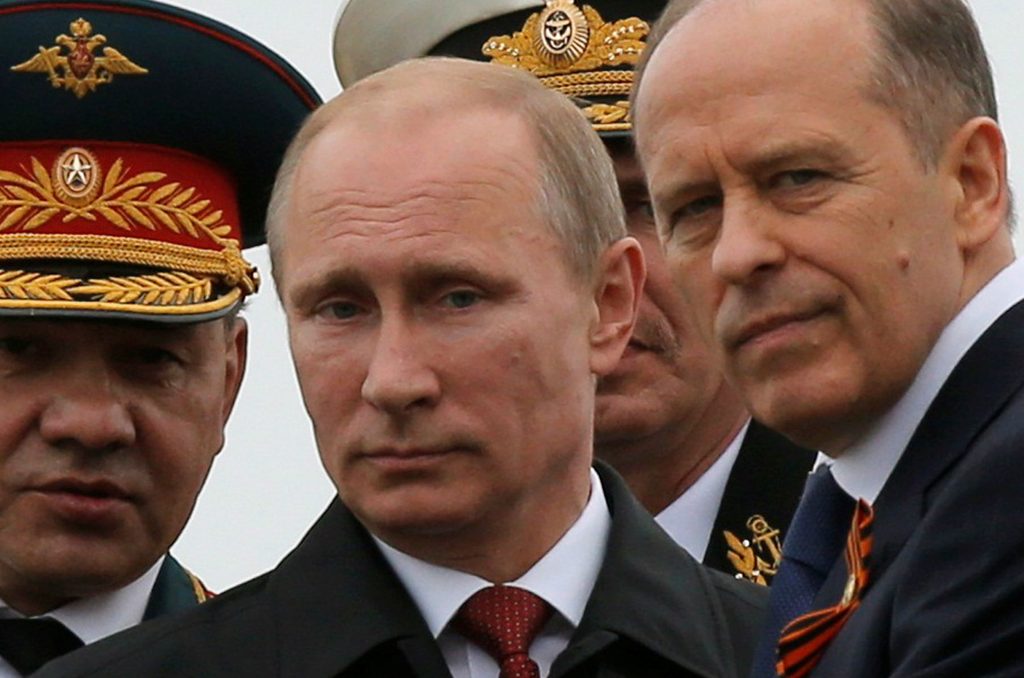 Russia has downplayed its military support for its proxies in eastern Ukraine by portraying the conflict as a “civil war” between Russian and Ukrainian language speakers. Western media often mistakenly portray the war in eastern Ukraine as a cultural war between Ukrainian and Russian speakers, drawing on the deeply held stereotype of a country divided between “eastern Russian-speaking” and “western Ukrainian-speaking” regions.

In portraying the conflict as a civil war, Russia conveniently ignores facts and public opinion. Only 5 percent of Ukrainians believe Russia intervened in Crimea and Donbas because of the violation of the rights of Russian speakers, while 42-46 percent believe it was to prevent Ukraine from leaving Russia’s sphere of influence, Russia’s inability to accept Ukraine as an independent state, and Russian opposition to Ukraine’s European integration. Meanwhile, only 16 percent of Ukrainians view the conflict in the Donbas as a civil war, while 60 percent see it as Russian-supported separatism and a war between Russia and Ukraine.

The truth is that the majority of civilian and military casualties in Ukraine are Russian speakers. As of August 2017, the UN estimated there were 35,000 casualties in eastern Ukraine, of which 10,200 were killed. The UN is likely to underestimate casualties as some of those killed were never officially registered, buried in poorly marked graves or their remains were never recovered from destroyed buildings. The 2001 census recorded Russian speakers as being 69 and 75 percent in Luhansk and Donetsk regions (together comprising the Donbas) respectively, but the real proportion of Russian speakers will be higher as many of those who gave Ukrainian as their native language used Russian in daily life.

There is little doubt the overwhelming majority of those impacted by Putin’s aggression in Ukraine are Russian speakers. Another twenty-four Tatar activists and journalists have been murdered or kidnapped in Russian occupied Crimea. Added to this are the 1.7 million internally displaced persons from the Donbas, the ninth highest number of displaced people in the world and the largest displacement crisis in Europe.

The majority of military casualties are also Russian speakers. President Petro Poroshenko has said that 60 percent of Ukrainian troops are Russian speakers, a high number supported by my own field work in Ukraine’s conflict zone and borne out by the figures. Of the 3,531 recorded casualties as of December 2017 of Ukrainian security forces (Army, National Guard, Security Service, Ministry of Interior, border guards), 1,218 are from Russian-speaking eastern-southern Ukraine, and 1,522 casualties are from central Ukraine where the Russian and Ukrainian languages are used interchangeably. The remaining 791 are from Ukrainian-speaking western Ukraine.

This map shows the number of Ukrainian security forces in each oblast who have been killed since the 2014 conflict began. Credit: Screenshot http://memorybook.org.ua/indexfile/statbirth.htm

Dnipro (Dnipropetrovs’k), an oblast neighboring the Donbas, has the highest number of military casualties at 432 deaths; other regions have two to four times lower figures.

Ceremonies and speeches at the burials of military casualties and their graves are symbolically important for national identity in every country as military cemeteries become places of pilgrimage and national memory. Orthodox priests service a majority of the religious panakhydy (memorial services) of military casualties and, with the Russian Orthodox Church refusing to participate, they are conducted by priests from the Ukrainian Orthodox Church-Kyiv Patriarch. Each panakhyda becomes a manifestation of Ukrainian patriotism and resolution to stand up to Putin’s aggression.

Putin’s military aggression is creating large numbers of military plots in cemeteries throughout eastern and southern Ukraine alongside other graves of Ukrainian soldiers who have died in earlier wars. These deaths are influencing Ukrainian national identity and hastening its divorce from Russia.

Added to the above casualties are those of local Russian proxies, Russian nationalist mercenaries, and Russian soldiers which the Ukrainian Helsinki Union for Human Rights (UHUHR) calculates at 5,326. There is little doubt that these are all Russian speakers and that the estimates are low because many local proxy and mercenary casualties remained unburied and therefore unregistered. In wars, forces fighting the central government tend to have higher casualty rates and therefore the UHUHR estimate is likely to be on the low side.

Russian NGOs estimate that the number of Russian soldiers killed in the Donbas range between 3,300 and 5,000. That Russian casualties are high could be gleaned from Putin’s decision in May 2015 to make military casualties a state secret.

Putin’s military aggression against Ukraine has primarily killed Russian-speaking civilians and combatants, which demonstrates that his actions never had anything to do with protecting Russian speakers in the first place.

Taras Kuzio is a non-resident fellow at the Center for Transatlantic Relations at Johns Hopkins-SAIS, and is the author of “Putin’s War Against Ukraine” and joint author of “The Sources of Russia’s Great Power Politics: Ukraine and the Challenge to the European Order.”