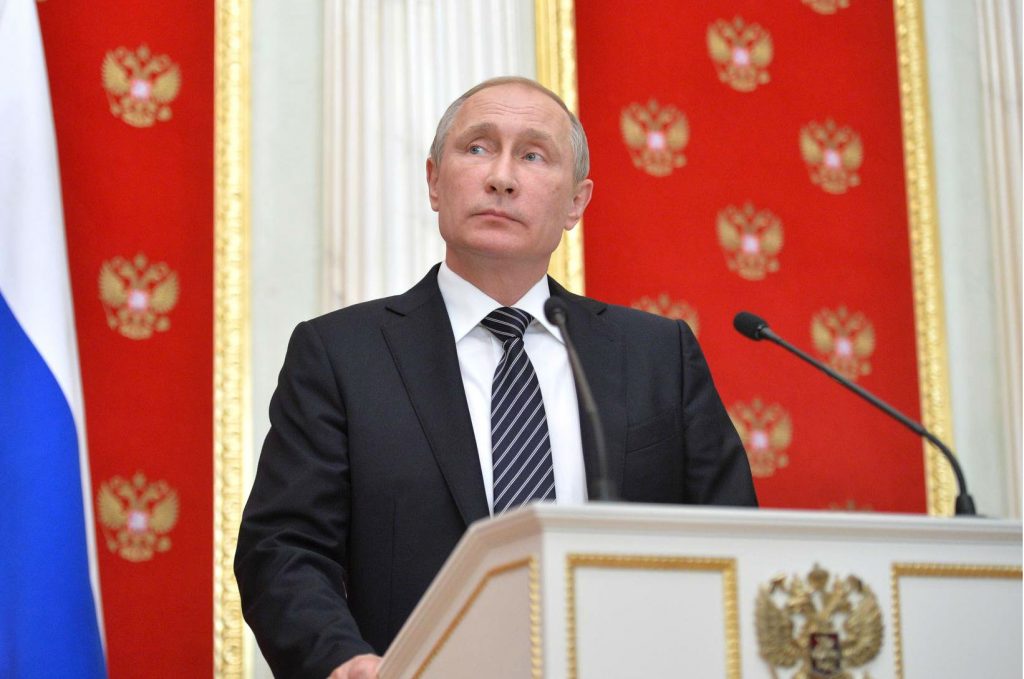 Observers have greatly feared that Russia’s President Vladimir Putin would start a small regional war this August. Russia has moved up its State Duma elections to September 18. Although only Putin’s parties are allowed to win, he has a predilection for “small and victorious wars” to mobilize his people.

In 1999, the second war in Chechnya preceded his rise to president. In August 2008, Russia attacked Georgia. In February 2014, Russia annexed Crimea, a move that was greatly popular in Russia. Its war in Syria has been an unmitigated success. For the last two years, Russia’s economy has been in recession, giving Putin all the more reason to mobilize his compatriots around a small war.

August is the best time for Moscow’s military action because Western decision-makers are on holidays. The Berlin Wall was initiated in August 1961, the invasion of Czechoslovakia occurred in August 1968, and the Moscow coup took place in August 1991.

The parallels with the August 2008 Russian-Georgian war are striking. That conflict started with the Olympic games in Beijing. The United States president was a lame duck amid the presidential election campaign. Russia was pursuing a large-scale military exercise called Caucasus 2008 in the Northern Caucasus. The Kremlin blamed Georgia for an implausible attack.

A war in August has seemed quite likely for domestic reasons, but where? In the last week, it has become clear that Ukraine will be the target. Major Russian troop movements with hundreds of tanks and heavy artillery to the Donbas and Crimea were reported during the weekend. They were part of a big Russian military exercise named Caucasus 2016.

During August 6-7, Russian troops amassed in northern Crimea. Roadblocks were set up and the three checkpoints connecting the region to the rest of Ukraine were closed. Vague Russian reports complained about some Ukrainian incursion. President Petro Poroshenko called the Ukrainian troops on high alert.

Then Putin focused on diplomacy. On August 8, he held a meeting with his Security Council in Moscow with only half of the twelve permanent members present, suggesting urgency. Immediately afterwards, Putin went to Baku, where he met with Azerbaijan’s President Ilham Aliyev and Iran’s President Hassan Rouhani. On August 9, he hosted Turkey’s President Tayyip Erdogan in St. Petersburg.

Today, on August 10, the FSB and Putin made dramatic statements. The FSB, the KGB’s successor, published a statement on its website claiming that it had averted terrorist attacks prepared by Ukraine’s special forces against critical infrastructure in Crimea. The alleged aim of the action was to “destabilize the social and political situation during the federal and regional elections.”

According to the statement, on August 6-7, a group of terrorists were detected and one FSB employee died in a firefight. Several Ukrainian and Russian citizens were detained with twenty homemade bombs. During the night of August 8, special forces from Ukraine’s Defense Ministry carried out two more attempts to break through with terrorist groups. After an intensive firefight, one Russian soldier died.

So far, Russia has not presented any evidence, and this part of Crimea has been closed to visitors. Ukrainian commentators suggest that the Russians’ problem might have been deserters.

This official statement has been followed by officially orchestrated “leaks” from law enforcement through government media. One alleged that the saboteurs aimed at blowing up the large factory Crimean Titanium; another implied that they intended to bomb a carload of Crimean leaders on the road from Simferopol to Yalta.

Instantly, all of Ukraine’s defense institutions denied it in the sharpest terms, evidently attentive and ready. They stated that nothing had happened and that the FSB statement was an attempt to justify the Russian military’s aggression on the temporarily occupied territory. National Security and Defense Secretary Oleksandr Turchynov called the statement “hysterical and mendacious” and added that “this provocative FSB nonsense is party of the hybrid war that Russia pursues against our country.”

Scariest was Putin’s uncompromising statement that “Ukraine is choosing terror” and that Kyiv was trying to provoke a conflict with Moscow. He added that “these are very worrying reports. Indeed, our intelligence services prevented a sabotage and reconnaissance group from the Ukrainian Defense Ministry from infiltrating Crimean territory. In this situation, a Normandy format meeting would not make much sense right now.” The Normandy group that oversees the Minsk process was supposed to meet at the upcoming G-20 meeting in China on September 4-5.

Putin continued: “We will do everything we can, of course, to ensure security at infrastructure facilities and protect people, and we will take additional security measures, serious additional measures, technical and others.”

Poroshenko responded that Putin had “fantasized terror acts” to threaten Ukraine. It was Russia, he said, that was generously financing terrorism in Ukraine.

Putin appears to have chosen the time and place. He has done the necessary diplomatic footwork. His military has marched up. He has fabricated a casus belli that resembles the Gleiwitz incident in 1939 that preceded Nazi Germany’s attack on Poland. Given where the Russian troops are located, the Kremlin might want to seize the long-discussed land bridge from Mariupol to Crimea after it has failed to build a bridge over the Kerch Strait.