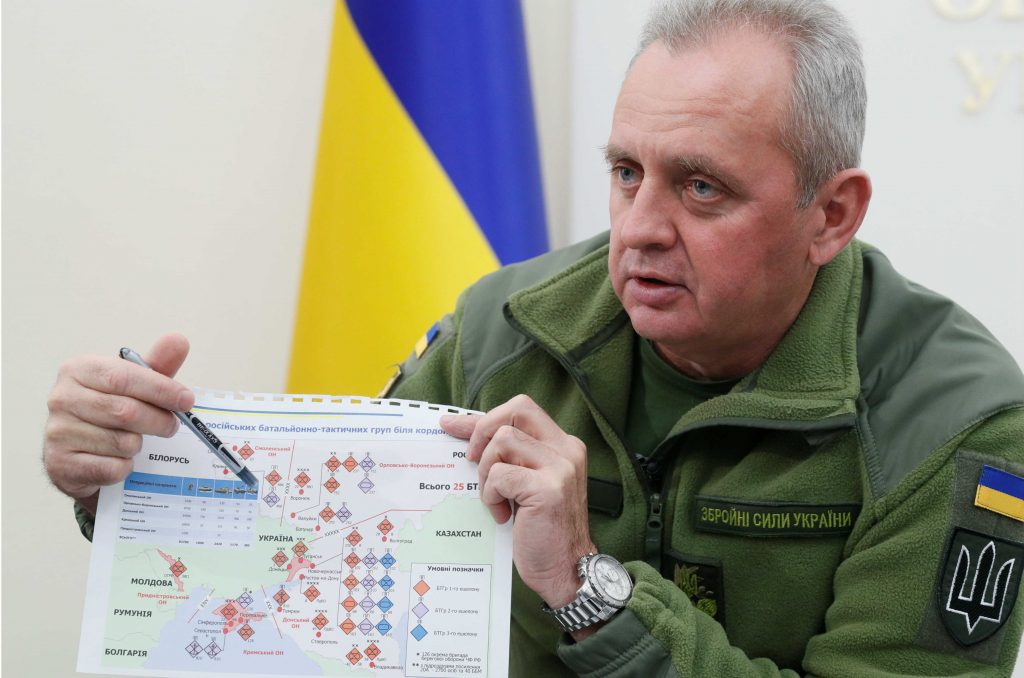 Vladimir Putin must be kicking himself. Four years ago, he could have invaded and seized most of Ukraine in a few weeks. Believing that Ukrainians were an “artificial” nation led by “fascists,” however, he figured an invasion was unnecessary and the state would collapse on its own. Now, Ukrainians are daily demonstrating their desire to leave the Russian zone of influence forever. An invasion may be the only thing that could postpone the inevitable, but it’s an extremely risky undertaking that could result in Russia’s collapse.

So, what’s Putin to do? He’s caught between a rock and a hard place. Although war—whether big or small—would serve no Russian interests, it is all the more likely as Putin grasps at straws to sustain his declining legitimacy. Like all increasingly impotent and unpopular dictators, Putin probably senses that a war with Ukraine might just succeed in distracting Russians and saving his regime.

Alas, war with Ukraine would be no simple matter. Although Russia’s armed forces and weapons arsenals vastly exceed Ukraine’s, Ukraine’s army is no longer the pushover it was in 2014, when it consisted of some 6,000 battle-ready troops. A large-scale assault by the 80,000 Russian troops and 500 tanks amassed along Ukraine’s frontiers would result in a land battle that would kill tens of thousands of ethnic Ukrainian and ethnic Russian civilians and as many Russian and Ukrainian soldiers. The West would respond with enhanced weapons deliveries to Ukraine, impose severe sanctions such as cutting off Russia from the Swift banking system, and nix the Nord Stream II pipeline.

Worse, the shock to Russia’s economy and society of a less than victorious and less than quick and easy war would in all likelihood induce elites to mobilize against Putin and the population to engage in protests. Putin’s Russia is anything but stable. His power rests on an awkward coalition of situationally allied interests—his inner sanctum of advisors, the forces of coercion, oligarchs, and organized crime. Neither of these groupings has a stake in Putin qua Putin or in Russia qua Russia. They’re in the game for their own good, and if and when the system appears to be tottering, they will, like Mafiosi the world over, jump ship and turn their knives on their former master. Russian popular attitudes are no less mercurial, as the recent protests over the Kremlin’s decision to raise the pension age showed. People may want to keep Crimea, but they know that keeping it afloat is a long-term expense that Russia’s economy can little sustain. The Russians’ initial enthusiasm over the occupied eastern Donbas has also flagged, as they’ve come to realize that the region is a useless hell hole that only drains the purse.

No one in Russia is willing to shout that the emperor has no clothes, but the number of serious Russian analysts who believe that Putin has driven Russia into a dead end is growing. Compounding the problem is the fact that Putin has foolishly extended Russian hard power into Syria and Africa, thereby placing Russia into a predicament similar to that of the Brezhnevite Soviet Union. A stagnant economy incapable of innovation and only a fraction of the size of America’s cannot sustain an activist and interventionist foreign policy. Russia, like the USSR, is thus a brittle, weak, and overextended state that needs only to experience some shock to collapse. A large war with Ukraine could be just that shock.

Putin surely believes that Russia is strong and stable. He also surely believes that whatever setbacks he may have incurred in the last decade must be due to bad luck or some combination of dastardly Western interference in the natural order of things. The prospect of a good war going bad is almost certainly beyond his comprehension. Quite the contrary, voices of doom could just as easily persuade him that the forces of evil are amassing and that a quick strike is imperative. We don’t know how Russia’s aging dictator will react. We can point to the long list of blunders he’s committed in trying to keep Ukraine within Russia’s sphere of influence. It was Putin’s misguided—and, frankly, downright dumb—policies that brought about the Maidan Revolution, empowered Ukrainians and enhanced their sense of identity, compelled them to embark on impressive reforms, and seek to integrate with the West. Contemporary Ukraine is, to a significant degree, the unintended product of Putin’s stupidity.

As a result, we cannot discount the possibility of a massive Russian invasion of Ukraine—both because of the alarmingly high number of Russian troops and tanks arrayed along Ukraine’s border and because of Putin’s unpredictability and proneness to error. An invasion makes no sense for Russia—and is therefore perfectly possible for Putin.

No less possible are smaller-scale incursions, such as attempts to capture the Kherson canal that provides water to Crimea or, more ambitiously, to establish a land corridor along the Sea of Azov from Russia to Crimea. Nor could incursions into Ukrainian-controlled parts of Donetsk and Luhansk provinces be ruled out.

The problems with such scenarios are evident. On the one hand, limited assaults would do little to enhance Putin’s legitimacy or popularity. They could hardly qualify as the quick little wars that bring eternal glory to Mother Russia. Would Russians really rally to the flag over the Kherson canal or the port city of Mariupol? On the other hand, even such small-scale assaults would be risky. Ukraine would fight and the West would respond severely. If pushed back, Ukrainian forces would continue to shell Russian-occupied territory. As a result, a limited incursion could easily and quickly become a major land war—with all the consequences already discussed above.

Once again, however, such rational considerations will not necessarily persuade Putin. He will attack Ukraine or not attack Ukraine, not because either of these options will be good for Russia, but because he will see them as being good for him.

The comparison with the late Hitler is inescapable. Even as Germany was in flames, he—irrationally—believed in ultimate victory. The only thing that stopped him was force.

The moral for policy toward Putin’s Russia is clear. Ukraine must remain armed and suspicious, never being willing to trust Putin or his cronies, though always ready to reach a deal that can be enforced. It must also do what it’s succeeded in doing in the last four years—continue to reform, grow economically, and remain democratic. Western democracies must, in turn, support Ukraine unflinchingly as the only thing between them and Putin’s irrationality and Russia’s collapse.