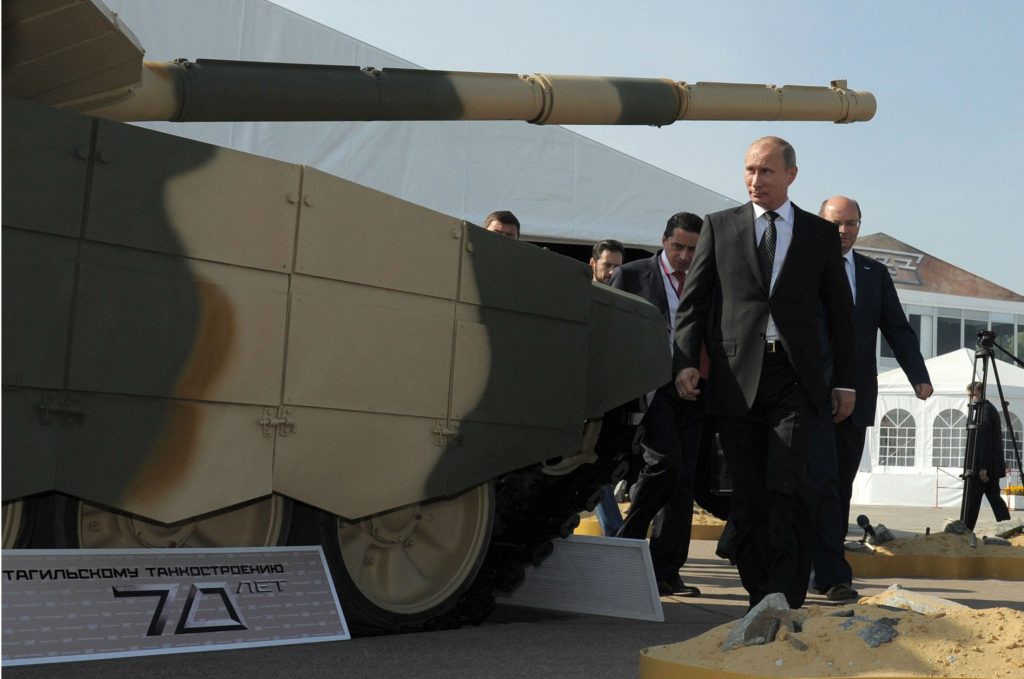 Recent Russian actions suggest a new stage of the Russian threat to Ukraine—and potentially to the Caucasus, Belarus, or the Baltic States as well—that could presage a new large-scale military operation.

First, in 2016, Russia created twenty-five division formations and fifteen brigades, while raising manpower by only 10,000 men. This suggests the possibility that Russia may aim to wage protracted large-scale war using the Soviet model, with a Soviet-type army composed of “skeleton units” that existed solely on paper until they were called up as part of the process of mass mobilization. That such mobilization may be under consideration is apparent from the Kavkaz-2016 and other military exercises in 2016 where Moscow mobilized forces from the Ministry of Interior, banks to pay soldiers’ wages in the fields, and hospitals to provide field hospitals, as well as entire provincial civilian administrations. Russia is apparently thinking about possible protracted contingencies, and is returning to fantasies of a Soviet-type military and mobilization effort.

Second, as part of that military process in 2016-2017, Moscow created the 1st Guards Tank Army, the 40th Army, and the 8th Army, and deployed them all around Ukraine’s borders. The 8th Army headquarters is at Rostov-On-Don, from where it could strike toward the Caucasus if necessary, or be air or sealifted to the Middle East. Moreover, any of these armies could quickly be moved toward Belarus to put down unrest there, if Belarus’ government cannot or will not do so. In addition, as David Batashvili notes at EurasiaNet, Russia has created four new divisions: the 150th Motorized Rifle Division in the Rostov region, the 10th Armored Division and the 3rd Mechanized Division in the Voronezh region, and the 144th Motorized Rifle Division near Smolensk. These new divisions will be headquartered fifty, forty-five, and 255 kilometers from the Ukrainian border, respectively. As EurasiaNet’s David Batashvili writes:

In addition, the headquarters of the Russian 20th Army has been moved closer to Ukraine, from its former base east of Moscow to Voronezh. A new 8th Army headquarters is being established in the Rostov region. And three motorized rifle brigades that were previously located deep inside Russian territory, near Kazakhstan and in the Volga Basin—the 9th, 23rd and 28th—are also being shifted westward. They will be based in the Belgorod, Bryansk and Voronezh regions, all less than fifty kilometers from the Ukrainian border.

More recent deployments are even more ominous. On March 8, Moscow announced that the Russian Navy would prioritize ships capable of carrying troops that can perform amphibious operations, which could easily be used against Ukraine, the Balkans, the Caucasus, or in the Middle East. On the weekend of March 24, observers recorded dozens of tanks deploying at Pokrovskoye in the southern Rostov-On-the Don region near Ukraine. At the same time, Russia deployed airborne forces (VDV) to Belarus, making it impossible for Ukraine to reroute forces from its north to its threatened southern frontier around Mariupol. And those VDV forces also clearly threaten an invasion of Belarus.

Ukraine’s government estimates that in November and December of 2016 Russia staged 6,500 cyber attacks against various Ukrainian institutions, including the defense and finance ministries and the treasury. Hackers also targeted Kyiv’s power grid, which resulted in a blackout in parts of the capital. In fact, the first known power outage as a result of a cyber attack occurred one year before that, when Russian hackers took down the power grid in western Ukraine in December 2015.

There has also been a steady escalation in the number and size of Russian forces’ ceasefire violations since the beginning of 2017. During March 12-20 alone, there were 336 attacks that killed nine Ukrainian soldiers and wounded thirty-five. And on March 23, former Russian Duma member Denis Voronenkov was murdered in broad daylight in Kyiv and the Kharkiv munitions plant exploded, suggesting a return to state-sponsored terrorist attacks in Ukraine.

All of these actions, taken with the impending August/September Zapad-2017 exercise in Belarus, give rise to fears of a new intervention either in Ukraine, Belarus, or even the Caucasus, based on recent Russian deployments and actions. Moreover, Putin’s domestic room for maneuver has narrowed and economic reform or growth is unlikely. In addition, the army is experiencing manpower shortages and the Russian defense budget has probably reached the limits of its present capacity. It is possible that Putin feels pressed to strike sooner rather than later, especially if he wants to create a cause that justifies large-scale mobilization in advance of the 2018 elections, where he will emphasize Russia’s superpower status. It is likely that a period of maximum danger to Ukraine, Belarus, or the Caucasus is approaching.

Stephen Blank is a Senior Fellow at the American Foreign Policy Council. Editor’s Note: This article was updated on April 4 to give proper credit to EurasiaNet and David Batashvili.

Image: Vladimir Putin (front) walks past a T-90AM tank during his visit an exhibition in the Urals town of Nizhny Tagil September 9, 2011. REUTERS/Alexsey Druginyn/RIA Novosti/Pool