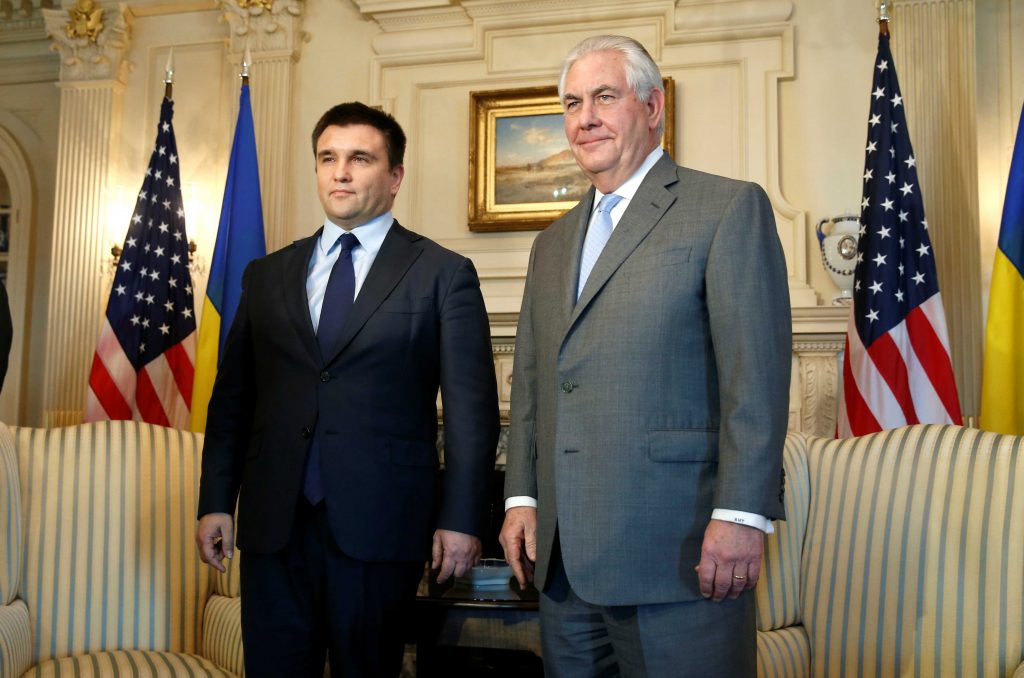 In April, Secretary of State Rex Tillerson asked, “Why should US taxpayers be interested in Ukraine?” Now, the United States does not always provide assistance or help defend other victims of aggression, so the answer must go beyond the simple observation that Ukraine is the victim of premeditated aggression. I see five reasons why.

But the answer goes deeper than that. Second, Ukraine is fighting our war and that of Europe because Moscow has essentially declared war on Europe and the international order. Russia has waged information warfare against every European government from the Baltic states to Spain. Moscow openly subsidizes political parties all over Europe in an effort to undermine democratic governments. The same tactics that we have seen in the 2016 US election have been replicated in France, Holland, and Germany, and will be utilized elsewhere.

If Ukraine is denied the means to help defend itself, it will likely to fail to dislodge the nefarious manifestations of Russian influence from its polity and the rest of the former Soviet Union, and that influence will spread westward. Then Eastern Europe will live, under the shadow of war, ethnopolitical tension, and the ever-present reality of territorial amputations as has happened in Ukraine. As Sherman Garnett, then an official of the Carnegie Endowment wrote years ago, Ukraine is the keystone in the arch of European security. Therefore, its fall or disintegration entails the disintegration of European security.

In the last hundred years, the United States has fought three wars, including the Cold War, to keep peace in Europe. Abandoning Ukraine to Moscow not only betrays our long-standing political interest in a peaceful, democratic, and stable Europe, it reopens the prospect of major European war that we had thought was permanently behind us. This is why every Ukrainian soldier fights in our place.

Third, we gave Ukraine assurances that we would protect its territorial integrity and security in the 1994 Budapest Agreement, and the Obama administration did not honor that commitment. Consequently, Putin pressed harder in Europe in the belief that the United States and the West were unwilling to defend it, and our European allies now require endless displays of our credibility to reassure them.

Fourth, our earlier failure to help Ukraine defend itself has encouraged Moscow to escalate further. Today, there are three Russian armies mobilizing against Ukraine with a full complement of ground, armor, and artillery capabilities, not to mention air defenses and naval threats. Either Moscow wants to intimidate Kyiv and the West into submission, or it actually is preparing to fight another war. The threat of war, if not war itself, is integral to Russia’s military calculus; it aims to inhibit both Kyiv and the West from acting in the misplaced belief that doing so would provoke Russia. Since Russia is already provoked and escalating anyway, that argument has no validity. Those who oppose giving lethal defensive weapons to Ukraine will argue that Russia has an unchecked capability of escalation dominance, so there’s little point to giving the Ukrainians arms anyway. Moscow can always do more. If the West fully supports Kyiv, this claim is simply false. Indeed, such support would likely force Moscow to seek a political solution or return to the Minsk agreements that, however imperfect, remain the only way out of the war.

Fifth, as the strongest power in the world, the United States cannot simply avert its eyes whenever aggression occurs, especially aggression involving a nuclear power. The Trump administration may promote an “America first” foreign policy, but as the underwriters of the international order for seventy years, we have a vital interest in sustaining it. Throwing Kyiv under the bus might lead to lucrative financial deals or rhetorical support against terrorists, but it opens the door to a new terror of permanent war. Supporting Ukraine’s defense, however, may deter others from breaking the rules.

In April, Tillerson urged State Department employees to “understand the difference between policy and values,” and that “freedom, human dignity, the way people are treated…are not our policies.” Even realist Henry Kissinger has written interests and values cannot be separated in practice. Whenever we betray our values by thinking we can make a deal that advances our immediate self-interest, we end up paying a much greater cost to defend our interests and those values. Helping Kyiv defend itself is not only the right thing to do, it is the strongest manifestation of “self-interest rightly understood,” as Alexis de Tocqueville might have put it, and needs to be seen as such.