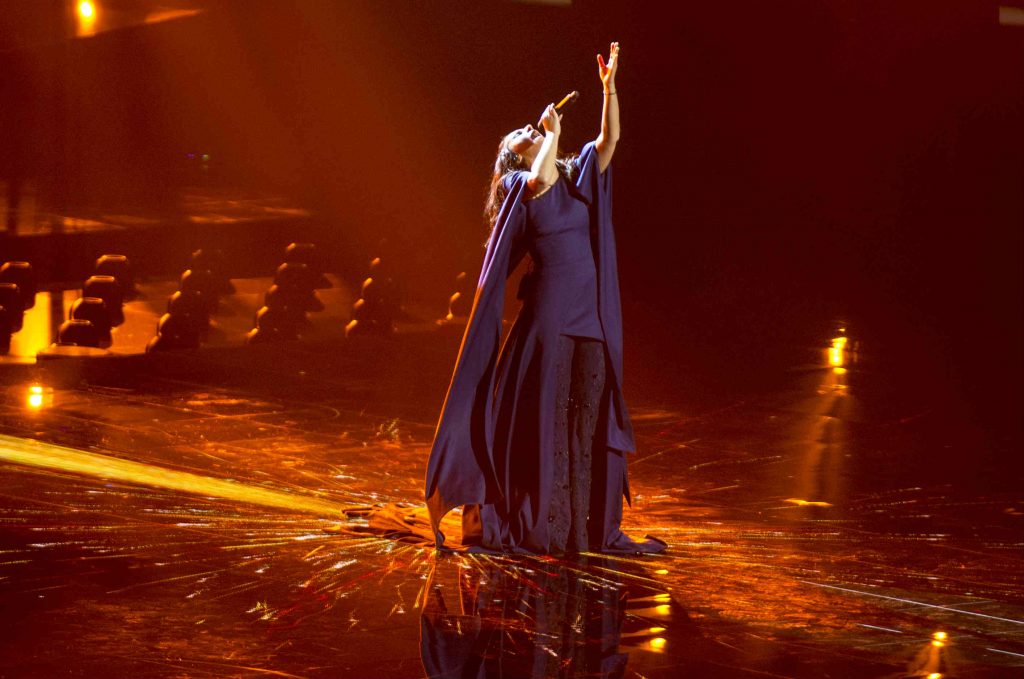 The 2016 Eurovision Song Contest has energized Ukrainians, whose spirits had been low due to “Ukraine fatigue,” continuous political feuds, and lack of reforms. Jamala’s win and her powerful song about persecution and the abuse of Crimean Tatars has filled our hearts with pride and solidarity. It also reminds us that culture is a powerful instrument for building trust, understanding, and peace.

Last month in Brussels, speaking at the European Culture Forum, the EU’s High Representative for Foreign Affairs and Security Policy Federica Mogherini said Europe should put culture at the core of its external relations. Lamenting that “some” global and regional players “weaponize” culture and turn it into a “battlefield,” Mogherini built on Joseph Nye’s concept of soft power and proposed enhancing the EU’s collective security by investing in cultural and academic exchanges, not weapons and armies.

Comparing the EU to a “cultural superpower,” Mogherini said 2018 will be the European Year of Cultural Heritage but she failed to mention the abuse of cultural heritage at Europe’s doorstep—the occupied Donbas and Crimea. Similarly, she was largely quiet about the alarming episodes of Russia’s “one-way-traffic” understanding of cultural diplomacy, especially when launching its vehement and ruthless disinformation campaign against Ukraine.

Artists can often repair what politicians fail to achieve. With just one sincere and deeply moving song, Jamala succeeded in what European and Ukrainian leaders have been struggling to do at various international conferences and diplomatic negotiation tables. She united Europe in its support of Ukraine and Crimean Tatars and reminded global audiences that Crimea is Ukraine.

Jamala’s performance also served as a jarring reminder that Ukraine’s political class is not taking culture and cultural diplomacy seriously. And that is regrettable, especially because the information vacuum about Ukraine’s culture and history make numerous seemingly intelligent individuals both in the East and in the West susseptible to the most ridiculous and unbelievable stories concocted by the Russian propaganda machine. In response to Russia’s considerable investments in its cultural diplomacy institutes abroad, Ukraine is “doing nothing to present itself to the world.”

In the last twenty-five years, the country’s politicians have been busy establishing art galleries in their own names, not in the name of National Art, National Culture, or National Archives. Having failed to invest seriously in preserving their cultural heritage and supporting Ukraine’s modern arts, its leaders naively hoped that traditional cultural “weaponry” like vyshyvanky (embroidered shirts), pysanky (painted eggs), and varenyky (filled dumplings) could help them win the battles on the global culture front. In light of Ukraine’s geographic and cultural proximity with Russia, with no strategy and institutional capacity in the cultural diplomacy domain, Ukraine was doomed to be a weak player with a soft and faint voice.

The first to sound the alarm was Ukraine’s Foreign Ministry. In June 2015, Foreign Minister Pavlo Klimkin pledged to develop a “comprehensive strategy” of cultural diplomacy and make it “the indispensable element of efforts to present Ukraine to the world, as well as to explain its aspirations.” As if flexing his muscles, days later Vice Prime Minister for Humanitarian Policy Vyacheslav Kyrylenko made a stronger pledge to create the Taras Shevchenko Institute, modeled on the Polish Adam Mickiewicz Institute, by the end of 2015.

Almost one year later, those lofty promises are still hanging in the air. The Taras Shevchenko Institute remains merely a beautiful dream of Ukraine’s government, while the Ministry of Foreign Affairs’ cultural diplomacy team has only four staff members, all working under different organizational units within the Foreign Ministry. It took the Ministry almost ten months to appoint the chief of its cultural diplomacy unit. The task of resolving Ukraine’s numerous international challenges to its reputation is still entrusted to the country’s unreformed, understaffed, and mostly ineffective cultural centers that often exist de jure but not de facto at Ukraine’s diplomatic missions.

The Dutch referendum served as a litmus test of Ukraine’s real capabilities in the field of cultural diplomacy. The poor results of the April 6 referendum speak louder than any flowery declarations made by state officials. The lack of communication between the government institutions responsible for developing Ukraine’s cultural brand is truly appalling, as they had never put their minds together to draft a national action plan—short or long-term—for promoting Ukraine’s international interests through cultural instruments.

After the Euromaidan, the international community was genuinely interested in learning more about Ukraine’s past and present. In response to the government’s lack of a cultural diplomacy strategy, numerous diaspora and local civil society groups became mobilized at Euromaidans in European capitals and altruistically served as Ukraine’s “people’s” cultural diplomats. The work of Ukraine’s diaspora in the United States and Canada has been particularly amazing. The new civic network Global Ukraine consolidated Ukrainian expat leaders to promote their country’s interests. Ukraine’s diplomatic missions should coordinate closely with Global Ukraine to reach a broader audience.

On April 27, the Foreign Ministry of Ukraine and the Kennan Institute’s Kyiv Office held the Second Cultural Diplomacy Forum to encourage a discussion on whether Ukraine has a cultural diplomacy strategy and who its major actors are. The Forum concluded that the efforts of Ukraine’s foreign and cultural ministries are limited and poorly coordinated, while civil society and cultural activists remain the major driving force of the country’s public diplomacy efforts.

Ukraine has much to learn from its neighbors. When the Warsaw Airport was renamed after Frédéric Chopin in 2001, we were reminded of the great contribution Poland’s most famous composer made to the world. In recent days, a group of prominent Ukrainian writers and cultural activists launched a petition to request that President Petro Poroshenko rename the country’s Boryspil Airport after painter Kazimir Malevich, whose Ukrainian origin is not widely known to the world. If renamed, Boryspil would be the second airport in Ukraine with a distinctive cultural mark. In 2012, the Donetsk Oblast council made a surprising move and named the newly built Donetsk airport after the famous composer Sergei Prokofiev, who was born in Donetsk Oblast.

With Jamala’s incredible victory, Ukraine’s political class should again be reminded that culture plays a tremendous role in promoting the country’s position among global players and boosting economic growth. Ukraine should not lose the drive. Civil society and individual artists cannot substitute for the government’s policy and cultural diplomacy institutes. That task can be implemented by Ukraine’s statesmen alone.

Kateryna Smagliy is the director of the Kennan Institute’s Kyiv Office.

Image: Jamala won the 2016 Eurovision Song Content representing Ukraine with the song "1944" on May 14. She’s pictured here during a rehearsal in Stockholm on May 7. Credit: Albin Olsson/Creative Commons