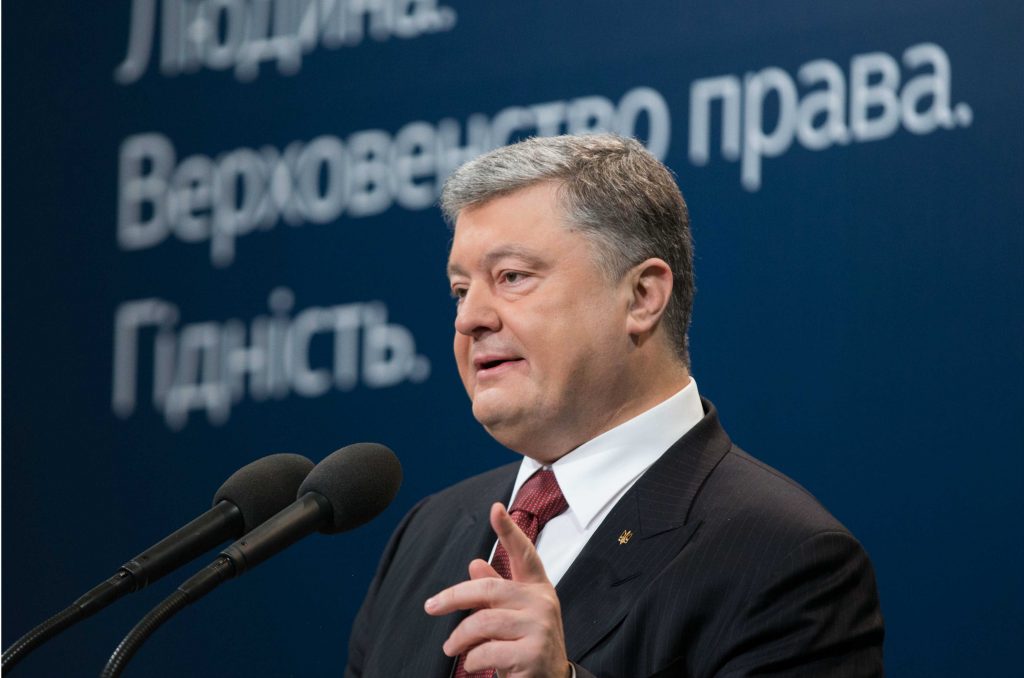 2017 was a pivotal year in Ukraine, but not the way we expected.

We were supposed to get a brand new Supreme Court to replace four old cassation courts that were synonymous with corruption and abuse.

Instead, it was new only on paper.

Almost 80 percent of the new Supreme Court judges have been judges before, with a majority at the cassation level. At least twenty-seven do not meet the basic integrity criteria that was set out. Some imprisoned Prosecutor General Yuriy Lutsenko when he was an opposition politician, which the Council of Europe, European Union, and later Ukraine recognized as political persecution. Others were like Judge Bohdan Lvov, the former head of the High Commercial Court of Ukraine, who possess expensive watch collections and property he can’t explain.

Practically every stage of the selection process had clear signs of manipulation and severe flaws. And there was too much arbitrary decision making by the High Qualification Commission of Judges. We should have known better: two-thirds of its members were old judges.

Civil society and its international partners repeatedly called for more transparency and for an explanation of the results, but got no response.

Now President Petro Poroshenko wants to use the same failed process to select judges for the anti-corruption court. The president’s long-awaited bill was introduced on December 22.

There are at least three problems with the president’s bill. First, the role of international experts in the selection of anticorruption judges is solely advisory, contrary to the Venice Commission’s recommendations. Second, as Anastasia Krasnosilska notes, the jurisdiction of the court is too broad in some places and too narrow in others; it does not include some of the most important cases that the National Anticorruption Bureau of Ukraine investigates. This will render the court ineffective. Third, the requirements for the candidates are so high that even if the competition is launched, hardly anyone will qualify.

In other words, the president did everything possible to doom the court at the outset and even if it is somehow brought into being, it won’t accomplish anything.

Both civil society and international donors (such as the IMF and World Bank) slammed the draft on these grounds, and worryingly, the draft has already caused the national currency’s exchange rate to fall. However, the presidential administration continues to deny any difference between the proposal and the Venice Commission’s opinion.

There was a third worrying development in Ukraine’s courts that most overlooked, and for good reason. On December 29, when most Ukrainians were preparing for the holidays and Western donors were out of the office, the presidential administration liquidated several hundred courts of the first and appellate instances.

There are two explanations. Having secured the Supreme Court, Poroshenko still needs full control of the trial and appellate courts before the 2019 presidential and parliamentary elections, and 2017 was the last year he could eliminate the courts according to the transitional provisions of the Constitution.

The presidential administration portrayed the move as the “second stage” of judicial reform, an opportunity to get rid of lower-level corrupt judges. However, the liquidation of these courts gives an opportunity to hand-pick the judges who will be transferred to the new, larger courts that will replace the old ones. And even if some kind of a competition is launched to select the judges (needless to say, the law is not clear in this regard), with the current procedures and judicial governance bodies, the process will be as biased and politically influenced as the “new” Supreme Court competition was.

Apparently, Poroshenko’s desire to control local courts was so strong that he is willing to sacrifice the ongoing trials of the Maidan crimes and high-profile corruption cases, such as of Roman Nasirov and Mykola Martynenko. Now these trials will have to be restarted.

Interestingly enough, one of the most notorious courts, the District Administrative Court of Kyiv, was not liquidated. The reason? It is the central administrative court in Kyiv, and it considers all cases against ministries and other central executive bodies. To remove the judges who have already proven their loyalty to both the previous and current political regimes would be too inconvenient.

It’s really a shame. 2017 could have been the year that Ukraine finally embraced judicial reform, which would kick start foreign direct investment. Foreign investors and businesses are waiting for Ukraine to set up real courts. But the direction judicial reform took is totally wrong, and there are no signs of correction.

There’s still time to fix the anti-corruption court. But for that we will need massive international support.

The stakes are high, and Ukrainians have everything to lose.

Mykhailo Zhernakov is the director of the DEJURE Foundation, a member of the board of the Reanimation Package of Reforms, and a former judge in the Vinnytsia District Administrative Court (2012-2015). Editor’s note: He is a member of the Public Integrity Council.