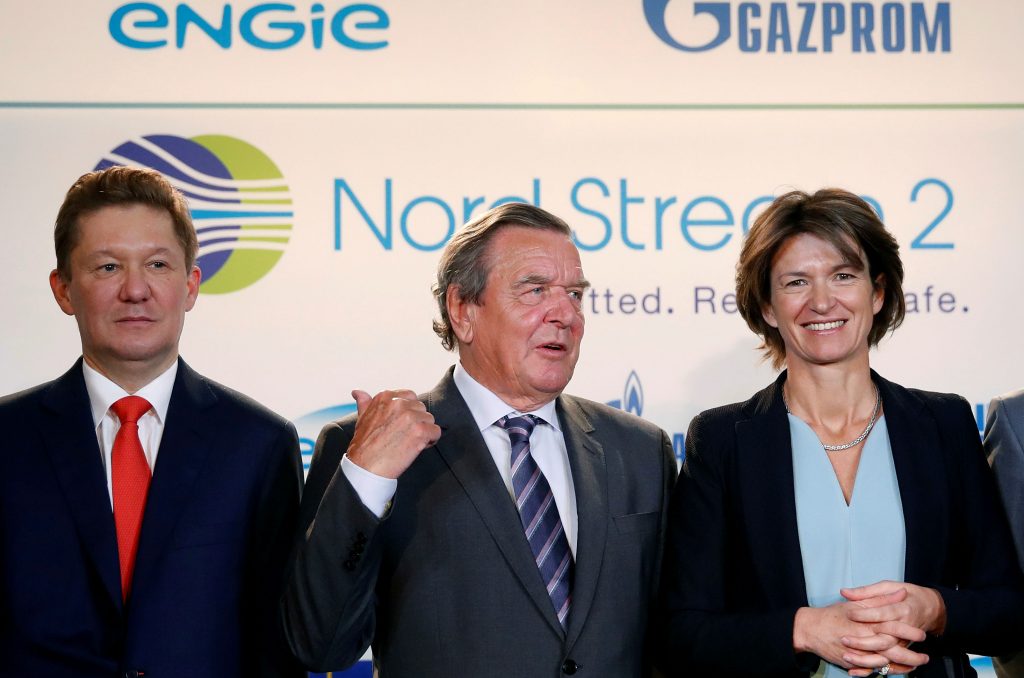 Gazprom has been making headlines in Europe lately. And not in a good way.

The leaking of a 271-page report compiled by the European Commission’s Directorate-General for Competition, which describes violations of European legislation by the Russian gas monopoly Gazprom, recently became a sensation. It’s not, however, because the report reveals any previously unknown facts. It’s simply that these facts confirm that Russia is using gas as a political weapon.

A second file that was given out to members of the European Parliament along with the report caused an even greater reaction. This file, the so-called Annex 2, contained a political proposal for the European Commission to impose the same limited sanctions on Gazprom that the gas giant had itself suggested. But whether this document is authentic is in question.

What all this means is that the commission had already made its mind up about the permissibility of the controversial Nord Stream 2 pipeline.

“What we’re told is that the commission wants an amicable settlement and has already decided to do this deal,” said Jacek Saryusz-Wolski, a leading Polish MEP and the country’s former Europe minister. “The documents show beyond any doubt that Gazprom has trespassed on EU law for years, and the commission is about to issue a de facto acquittal anyway. This is all about vested interests,” he added.

It is difficult to argue with the Polish MEP. According to the investigation, Poland paid Gazprom $350 per 1,000 cubic meters of gas, while the price for Germany was $200. Experts say delivery of gas to Poland is $27-30 cheaper than to Germany, so the fair price for Poland would have been about $175-180. Instead, the country was charged double by Gazprom—punishment for refusing to sell its gas transportation system to Russian.

In fact, almost all Eastern and Southeastern European countries and the Baltic states suffered from Gazprom’s policy, according to the report. The Russian gas company made it impossible to resell the gas it supplied and shut down alternative sources. Russia was implementing its own Central and Eastern European segmentation strategy in order to charge higher prices or put forward political demands.

The answer lies in Gazprom’s desire to start the construction of Nord Stream 2 pipeline as soon as possible. If constructed, this gas pipeline will become a key tool for blackmailing Eastern Europe and punishing Ukraine and Poland for their disobedience and independence.

However, launching its construction before the official decision of the European Commission’s Directorate-General for Competition would be risky for Gazprom—even if the company is certain that Moscow’s lobbyists and political agents have already arranged for the softest possible decision.

The European Commission has not offered any formal comments. But some officials in private conversations say “the report is genuine.” At the same time, by this source, Annex 2 is fake.

Commissioner for Competition Margrethe Vestager made a more formal comment in Washington, DC, last week: “This is not a [European] Commission paper—it would be obvious if someone reads the full paper that this is not the way the commission writes. This is unfortunate as we’re not done with the case. It is very tricky for us when people try to make a connection between our casework and the geopolitical situation.” Asked whether current tensions between the West and Russia are affecting the negotiations, Vestager said: “Obviously we read the papers as well, but antitrust investigation is a market tool, not a political tool.”

There are two possible outcomes. First, the official decision will favor Gazprom. This will cause an even greater uproar among Central and Eastern European countries, and will deepen the internal contradictions within the European Union. This seems to be Moscow’s ultimate goal.

Second, Germany, as Putin’s main advocate in the EU, will have to swallow its pride. Then the decision concerning Gazprom and its violations will be fairly tough. A tough resolution of this investigation is likely to complicate the Nord Stream 2 project. At the same time, this will demonstrate that unity and fundamental values are more important to Europe than dirty Russian money.