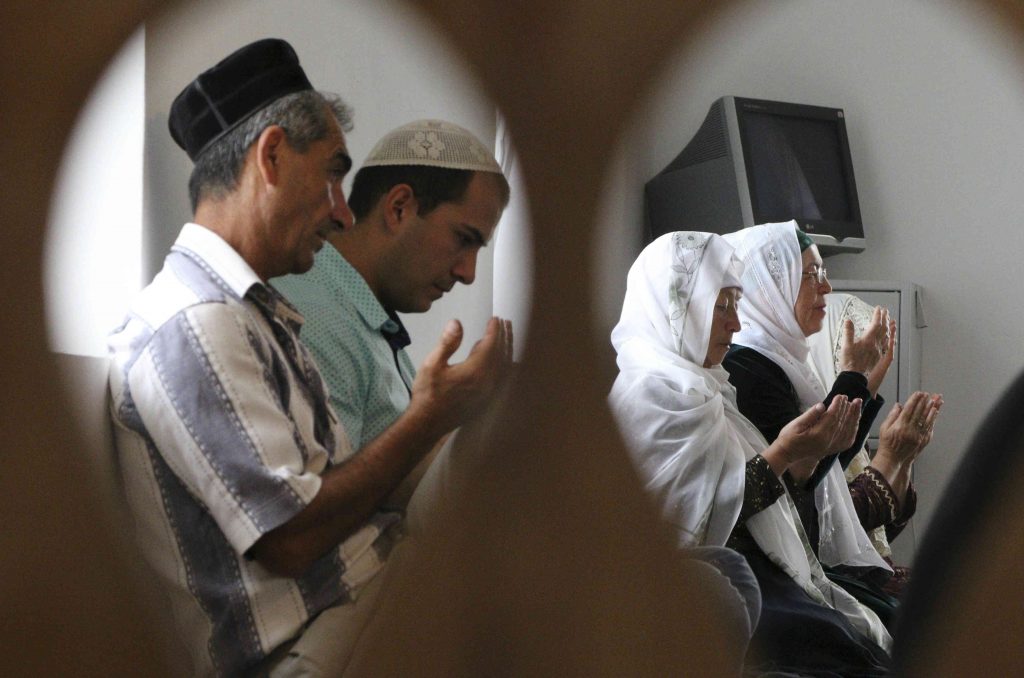 “We cannot stand by when the sovereignty and territorial integrity of a nation is flagrantly violated,” US President Barack Obama said on September 28 at the UN General Assembly. He was condemning Russia’s annexation of Crimea and its aggressive moves in eastern Ukraine.

Much of the world has decried these acts and their most visible consequences: at least 8,000 dead, 1.5 million internally displaced, and nearly a million made refugees. Yet we must not ignore another aspect of Russia’s actions in Ukraine—serious violations of the right of freedom of religion or belief.

By any measure, this is a made-in-the-Kremlin problem. Russian President Vladimir Putin’s government views the country’s security through the lens of national identity, with a Kremlin-compliant Moscow Patriarchate of the Russian Orthodox Church as its dominant religious and cultural expression. This view serves as a pretext for trampling upon religious diversity and freedom within Russia and now Ukraine.

After invading Crimea in March 2014, Russia ordered Crimea’s religious groups, which number about 1,500, to register with Moscow under its religion law or lose their legal operating status. They face a bleak choice: Register under an onerous and costly process, or forfeit the right to open bank accounts, own property, invite foreign guests, and publish literature.

Russia also has targeted Crimea’s religious minorities through its notorious anti-extremism law, which defines “extremism” as merely asserting the superiority of one’s religious beliefs. This law does not require the threat or use of violence for the prosecution of individuals or the banning of Islamic and other religious texts.

Authorities have raided Muslim Crimean Tatar homes, mosques, and schools, as well as the Kingdom Halls of the Jehovah’s Witnesses. They have detained imams and imposed fines simply for possessing Islamic and Jehovah’s Witness texts banned under Russia’s extremism law. They have accused the Majlis, the Crimean Tatar representative body, of extremism, and harass its members, while expelling two Turkish imams from Crimea.

Other than the Orthodox Church’s Moscow Patriarchate, no religious community in Crimea has remained unscathed.

In March 2014, Rabbi Mikhail Kapustin of Simferopol was forced to flee Crimea after denouncing Russian actions. His synagogue was defaced by a swastika and a month later, vandals defaced Sevastopol’s monument to 4,200 Jews murdered by the Nazis in July 1942.

Christian churches and leaders not affiliated with the Moscow Patriarchate also have faced abuse and violence. Those within the Ukrainian Orthodox Patriarchate in Crimea have endured mob and arson attacks. By late 2014, clergy without Russian citizenship, including Greek and Roman Catholics as well as Kyiv Patriarchate clergy, were forced into exile. The home of the Kyiv Patriarchate’s Bishop of Simferopol and Crimea was burned down.

These forces confiscated Jehovah’s Witness, Evangelical, and Pentecostal houses of worship and schools, and perpetrated church attacks, abductions, and assaults on the Kyiv Patriarchate and Protestant representatives.

Several Ukrainian Orthodox churches in the Luhansk region were damaged. In separate incidents, a Protestant orphanage was raided and a rehabilitation center seized.

In June 2014, pro-Russian militants reportedly tortured to death five Protestants in Slovyansk. In July, DPR militants seized and reportedly abused a Greek Catholic priest, whom they held captive for twelve days, and a Roman Catholic priest whom they held for eleven days. In August 2014, they took prisoner two Protestant pastors, beating one of them severely. In October, they held captive a Seventh-day Adventist pastor for twenty days and subjected him to similar abuse.

Whether in Crimea or eastern Ukraine, blame for these religious freedom violations must be laid at Moscow’s doorstep and the world must escalate pressure on the Putin regime to alter its course. Successful Ukrainian military resistance to pro-Russian aggressors in the Donbas shows very clearly that when people’s freedom is endangered, they will take a stand.

It is time for Putin to recognize that freedom, not oppression, is the path to cultural integrity and lasting security. Russia must embrace religious freedom at home while allowing its Ukrainian neighbors the same rights in their own land.

Mary Ann Glendon and Katrina Lantos Swett are Commissioners for the US Commission on International Religious Freedom (USCIRF).

Image: Crimean Tatars pray at a mosque in the town of Saky, Crimea, September 24, 2015. Since Russia annexed Crimea, authorities have raided Crimean Tatar homes, mosques, and schools. They have detained imams and imposed fines simply for possessing Islamic texts banned under Russia’s extremism law. Other than the Orthodox Church's Moscow Patriarchate, no religious community in Crimea has remained unscathed. Credit: REUTERS/Pavel Rebrov