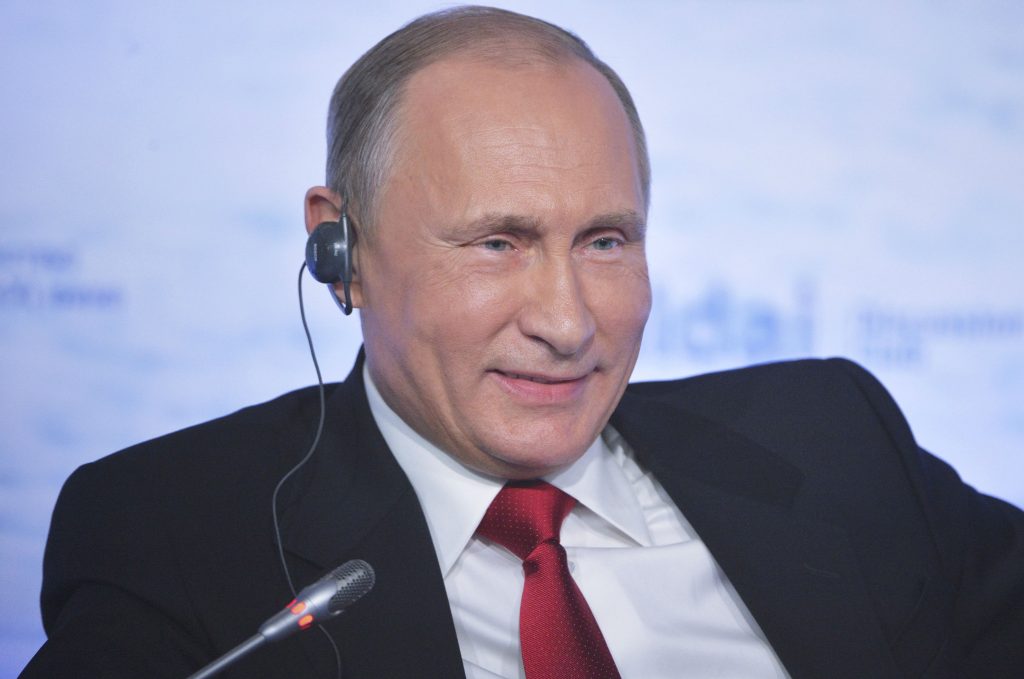 As of this writing, the “cessation of hostilities” in Syria has all but collapsed, and thousands of Russian forces are aiding Syrian President Bashar al-Assad’s campaign to retake Aleppo. At the same time, the Minsk II agreement between Russia and Ukraine remains, as it always has been, an agreement more honored in the breach than in the observance thereof.

In both cases, it is clear that Moscow never meant to implement the provisions to which it signed on. The cessation of hostilities in Syria never was a true cessation, war continued against Assad’s opponents, and Russian President Vladimir Putin is now revealed to have told Assad, “We won’t let you lose.”

Meanwhile, more European elites are saying that we should relieve the sanctions burden on Russia because, after all, Putin is cooperating with the West against terrorism in Syria. But those who wish to ease or remove sanctions on the grounds of Putin’s alleged cooperation in Syria against terrorists have the burden of proof upon them to demonstrate how this cooperation actually manifests itself and why we should begin a process of dialogue. Putin has made clear that Russia, under his rule, will not and cannot make credible commitments.

At the NATO-Russia Council meeting, Russia’s Ambassador Alexander Grushko delivered an ultimatum to NATO, saying that any move by NATO to enhance its self-defense will be regarded by Russia as a threat that precludes negotiations and will impel Moscow to take its habitual “appropriate responses.” Grushko revealed not only that Moscow sees NATO as a threat, but also that it insists NATO not defend itself, since such moves are inherently provocative.

Here at home, the Obama administration is once again in what appears to be its congenital stance of confusion over Putin’s objectives. US Ambassador to NATO Douglas Lute said that further NATO expansion is off the table because it will provoke Russia, and that is something the United States does not want to do.

Other than rhetoric, there is no real response to Russia’s ever-escalating provocative behavior and threats to NATO. Putin, it seems, can provoke NATO all he likes; the only effective response is NATO’s enforcement of increasingly self-denying ordinances upon itself and its preemptive surrender to Putin’s agenda. Pressure from France, Germany, and Italy to end or reduce sanctions is mounting. The Europeans aren’t pressing Russia nearly as much to fulfill the ceasefire agreement as they are Ukraine. The Minsk II agreement does not bind Russia to anything or even accept that Russia has been at war in Ukraine since 2014. It puts the Ukrainian government and the “separatists,” in reality Russian irregulars or regulars dressed up to look like irregulars, as equals and entails Ukraine’s self-declared negation of its own sovereignty over the Donbas. In other words, to paraphrase and revise Isaiah today, he might prophesy that “the people who are walking in darkness have yet to see a great light.”

While there appears to be a developing consensus that permanent rotational forces will be stationed in NATO’s Eastern European members’ territories, Washington and Berlin, equally fearful of provoking Putin, appear to have vetoed the permanent deployments advocated by Poland and the Baltic states. Indeed, we still do not have one permanently deployed armored brigade in Europe, which is the minimum requested by General Curtis Scaparrotti, the incoming Supreme Allied Commander of Europe. Before the invasion of Ukraine, Russia possessed a clear military superiority in the Baltic theater, and it is steadily pressing its advantage there by creating new divisions and ratcheting up its tempo of exercises and nuclear deployments, as well as its conventional and nuclear procurement.

Even one armored brigade will be useless if a military contingency develops—and Russia’s superiority in artillery, electronic warfare, and immense anti-air and anti-ship capabilities in the Baltic and Black Seas have not been mentioned here. Poland’s Defense Minister Antoni Macierewicz claims that the Polish army has been systematically underfunded, and the situation elsewhere in Europe is worse. German army forces stopped exercises recently because regulations prevented them from overtime. Britain’s 2 percent of GDP contribution to NATO has been achieved only by “creative accounting.” And this supposedly provokes Russia?

The fact is that whatever NATO does—indeed, simply its existence—represents a provocation to Russia because Russia, as its official documents explicitly state, presupposes conflict with all of its neighbors regardless of their actual policies. Moreover, it blithely continues to issue these ultimatums to NATO as it openly violates its own commitments.

It is revealing that the Russian spin on the NATO-Russia Council was that it represented NATO’s acknowledgement that it cannot do without Russian cooperation. But for Putin, the dialogue is only a prelude to the pressure to restore unconditionally the EU dialogue and eliminate sanctions while preserving Russian conquests in Ukraine and a free hand in Syria.

Many non-experts should have no trouble by now deciphering Putin’s objectives in Syria and Ukraine. But apparently our governments, consumed by habitual confusion and willful blindness, are still walking in the darkness—and it is quite unlikely that they will have a blinding revelation on the way to this summer’s NATO summit in Warsaw.