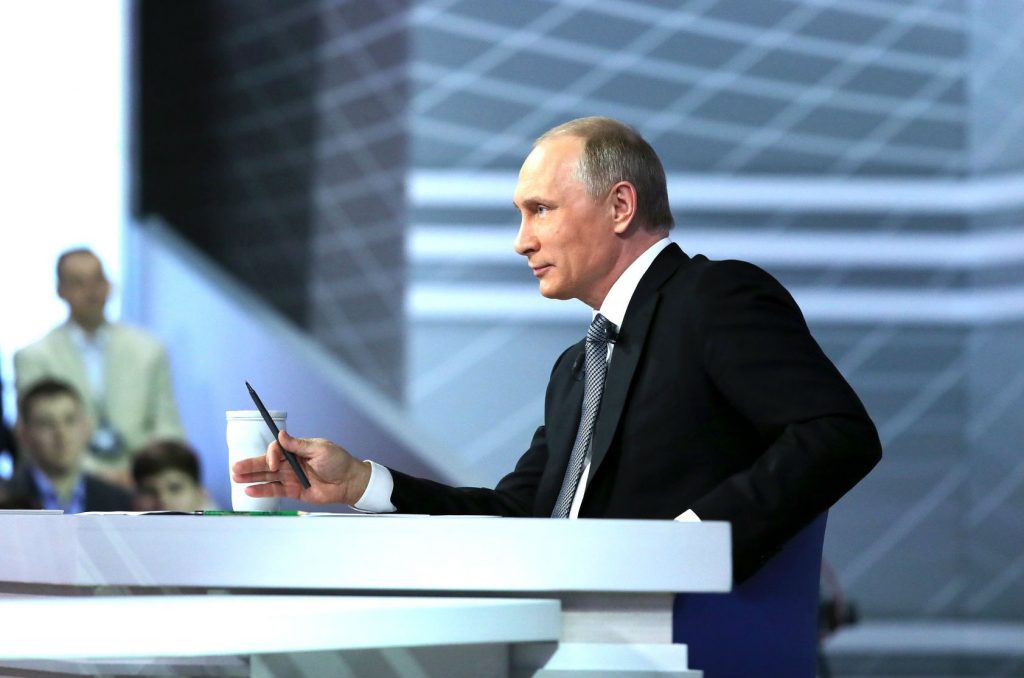 The latest Normandy Four meeting on May 11 in Berlin did not result in any major breakthroughs to end the stalemate in Ukraine. Russia and Ukraine agreed to create demilitarized zones in separatist-held areas of eastern Ukraine, enhance information-sharing, and halt military exercises along the contact line, but these steps will not break the current deadlock in implementing the Minsk ceasefire agreement. No progress was made on the most controversial issues, namely holding local elections and inserting armed police to accompany OSCE observers in the Donbas.

In recent months, the idea of sending an OSCE armed police mission to the Donbas has become Kyiv’s idée fixe in the same way that holding local elections in the Donbas has become the West’s. Both believe that their proposals can give the stalled Minsk agreement a boost, or at least provide strong arguments to extend sanctions against Russia, which are set to expire in July. Minsk stipulates that Kyiv must hold local elections in the separatist-controlled areas of Ukraine, which Ukraine has resisted for a number of legitimate reasons. France and Germany, both eager to ease EU sanctions on Russia and get back to business as usual, have pressed Kyiv to hold the elections this summer.

The idea that Kyiv should adopt a law on local elections to undercut the arguments of those who would like to lift Russian sanctions finds support not only in the EU, but also from former US Ambassador to Ukraine John E. Herbst. He argues that Kyiv can prescribe all the necessary safeguards into law, including those that require the withdrawal of Russian troops and that ensure robust OSCE and Ukrainian election monitoring. “If these conditions are not met, Ukraine is under no Minsk-related obligation to hold elections,” he writes.

In this scenario, Russia would either hold elections in accordance with Ukrainian legislation and OSCE standards, or take full responsibility for the failure of Minsk and extension of the sanctions. In the world of common sense, such a plan should work, but Ukraine’s experience proves that common sense often doesn’t work when Russia is involved. And no safeguards will work if the guarantors lack political will.

Ukraine has been down this road before. In 1994, Ukraine included a safeguard in the law on accession to the Nuclear Non-Proliferation Treaty. The sixth paragraph states that the treaty comes into force after the nuclear powers signed corresponding international legal documents providing security guarantees to Ukraine. Only then Russia, the United States, and the United Kingdom signed the Budapest Memorandum, and it is well known how ineffective this safeguard turned out to be.

Any safeguards in the local elections law will likely suffer the same fate. Moscow needs the electoral law as an excuse to schedule sham elections to be held by its proxies. As for the West, the United States and the EU may criticize the fraudulent elections, but Ukraine cannot be sure that its Western counterparts will be resolute enough to admit that Russia disrupted the peace process.

Plus, there is no guarantee that Ukraine’s adoption of a local elections law will help extend sanctions against Russia. On the contrary, if pseudo-elections are held, Putinverstehers in the EU may more insistently call for sanctions relief, pointing to the alleged “significant progress” in the Minsk implementation.

In fairness, Kyiv’s idée fixe won’t facilitate the Minsk process any better than the West’s. For several months, Ukraine’s authorities have been actively promoting the idea of deploying a new OSCE armed police mission “aimed at ensuring control over the ceasefire, withdrawal of Russian troops and Ukraine-Russia border.” Such a mission is also expected to “guarantee preparation and holding of elections,” as well as transfer “power to officials chosen by democratic, fair and transparent elections under the Ukrainian legislation.” This is nonsense.

First, the functions that Kyiv expects from the OSCE police mission match those of a UN peacekeeping mission. The OSCE doesn’t have the relevant mandate, experience, or resources in this case.

Second, the Kremlin has agreed to consider only the option of providing light arms to OSCE monitors at the contact line.

Third, even if Moscow agrees, it may backfire. It is possible that Russia and its satellites from the Collective Security Treaty Organization will want armed representatives in the Donbas. France, Germany, and other EU member states will hesitate to send thousands of their own armed men to the Donbas, so they may readily accept the CSTO’s proposal. If Kyiv disagrees, it may be accused of sabotaging the initiative and disrupting Minsk. If it agrees, it may get CSTO peacekeepers under the guise of an OSCE police mission.

Kyiv’s initiative will most likely result in a “hybrid” compromise—some reinforcement of the current OSCE mission with light arms. Insufficient to provide actual security, but sufficient for Berlin, Moscow, and Paris to say that Ukraine’s demand has been satisfied, and it’s now safe enough to hold local elections.

The West and Ukraine should be cautious not to fall into the traps created by their own efforts by insisting on their current idées fixes. Rather than promoting unrealistic plans aimed at outplaying such an experienced trickster as the Kremlin, the West and Ukraine would be better served by insisting on step-by-step implementation of the Minsk agreements, starting with the comprehensive ceasefire. And if it fails, then together they must develop a realistic alternative.

Maksym Khylko is chairman of the board at the East European Security Research Initiative Foundation, and Senior Research Fellow at Taras Shevchenko National University of Kyiv and the Foreign Policy Research Institute in Ukraine.