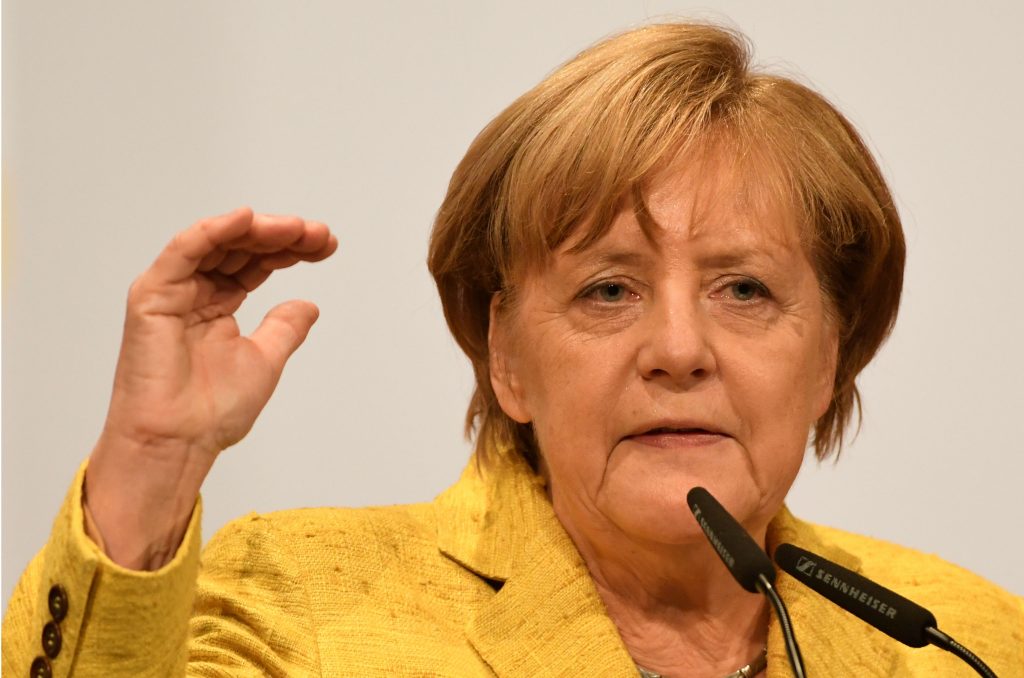 Now that the German elections are over and the victorious Chancellor Angela Merkel is preparing for coalition talks with potential partners, two important questions arise: how will the political changes in Germany affect German-Russian relations, which have become embittered in the last few years? And what impact could the election have on Germany’s influence in Central Eastern Europe, its traditional stronghold within the EU, when plans of a more integrated core-Europe are formulating?

While the picture is far from clear, one can make some cautious predictions.

The most likely scenario at this point is that the Jamaica coalition—including the conservative Christian Democratic Union/Christian Social Union, the Free Democratic Party, and the Greens—will govern Germany. The Social Democratic Party, which has pressed for revising sanctions and returning to business as usual with Russia, is out of the coalition; this could mean that Russia will lose an important ally in the executive branch. And while the business-oriented Free Democratic Party has supported a revision of the sanctions policy, the issue does not seem to be of central importance for the party. For the Greens, it is just the opposite: they want even stricter sanctions; they are strongly critical of Russia’s human rights violations, territorial aggression, and energy policy, and will likely be able to strongly articulate these positions during the coalition talks.

While German security services warned that Russia can try to influence the coalition talks, it is unlikely after Russian attempts to interfere in the election process have been rather unsuccessful. In sum, it is highly unlikely that Germany’s relations with Russia will be substantially changed for good—rather the opposite.

But Germany’s relationship with Russia will strongly influence its position with the Visegrad countries (Hungary, Slovakia, Poland, and Czech Republic), a region that belongs to Germany’s sphere of influence and is more important than France in terms of trade relations. And there are definite challenges for Germany in this region. A study by Globsec Institute this year (with the participation of Political Capital Institute among others) showed that in three out of four of the Visegrad countries, the public is more sympathetic to Vladimir Putin than to Merkel.

In Slovakia, the results are particularly shocking, with 41 percent of the population finding Putin sympathetic; only 21 percent said the same for Merkel. In Hungary and Slovakia, sympathies toward Putin also exceed the popularity of Donald Trump. Furthermore, a considerable size of the population thinks that the country should belong to the East or should be somewhere in between the east and the West. While support in these countries for the EU and NATO is strong, feelings about the West, and especially its leaders, are ambivalent.

Populist, nationalist rhetoric, sometimes amplified by Russian information attempts to win hearts and minds, did much damage to Merkel’s image in Central Eastern Europe. Merkel has practically become the anti-hero for illiberals: she is a symbol of the ultraliberal, decadent Western European elites who are ready to sacrifice Europe’s security on the altar of multicultural, federalist principles and who want to flood Eastern European countries with migrants. Merkel’s shift to a more hardline direction in the refugee and immigration issue (including proposing and then passing a burqa ban) largely went unnoticed, and Germany was seen in the region as the liberal hegemon that aggressively and hypocritically presses its values and economic interests on its neighbors.

Euroscepticism among the four Visegrad countries in a Germany-dominated Europe has incited anti-German attitudes, while the myth of economic exploitation is increasing. Hungarian Prime Minister Viktor Orbán lashed out at German companies a few months ago, for example: “A German in particular should think five times before accusing the Hungarians of a lack of solidarity. Factory workers in Germany receive five times as much pay as Hungarian workers doing the same jobs in German-owned factories in Hungary. So, for as long as this is the case, I believe that it is shameful for the Germans to talk about solidarity.”

In contrast, in the Czech Republic, Slovakia, and Hungary, Putin is frequently depicted as the antithesis of Merkel: a champion of traditional values such as nation, family, and Christianity, and a strongman who fights against global terrorism efficiently and could easily solve the refugee crisis if he were the leader of Europe.

While Germany has so far avoided a direct and intense confrontation with Central Eastern European countries for pragmatic economic purposes, German politicians should realize the political damage that has been done in the region—especially given that Merkel and Macron seem to be committed to deeper integration, at least for a group of countries.

Germany is usually perceived as the representative of the “do as I say, not as I do” principle. While Germany keeps pressing for sanctions on Russia, it seems to be committed to the Nord Stream II gas pipeline project—a project that increases Europe’s energy independence from Russia while making the life of Ukraine and Central Eastern Europe more difficult by circumventing them and diminish their role in the energy transit.

The incoming coalition should do its best to win back Central Eastern European nations. Beside amplifying their voices and arguments in policy debates in the region, it could be time to reconsider some decisions. Now that the Social Democrats, the main proponents of Nord Stream II, are out, and most new EU member states strongly oppose this project, abandoning it could be a good first step.

Péter Krekó is director of the Budapest-based Political Capital Institute. He tweets at @peterkreko.