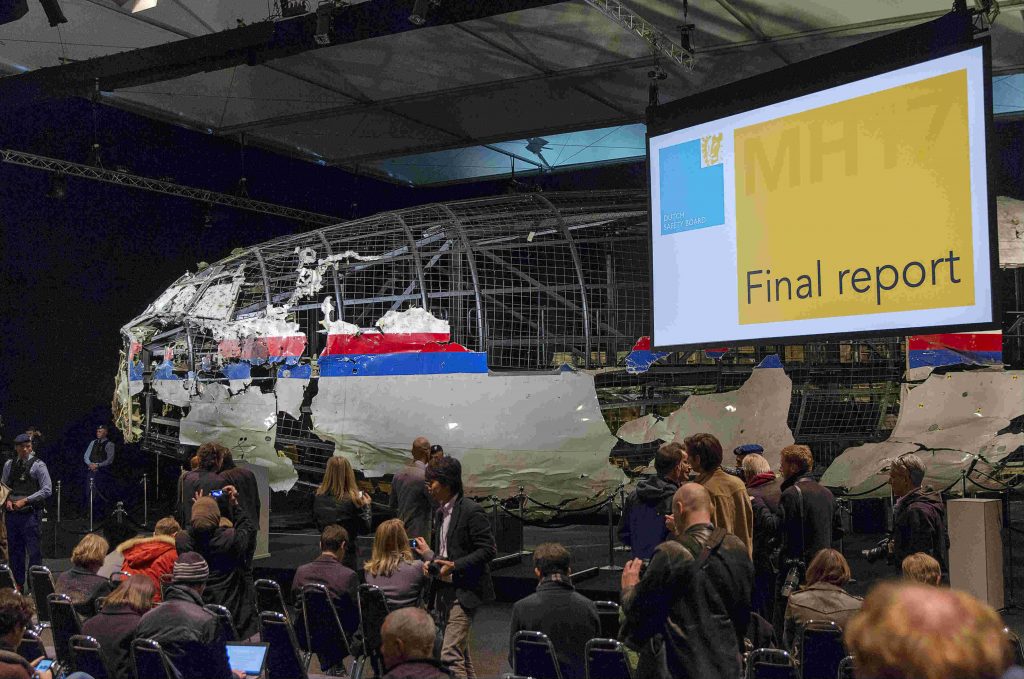 Almost two years ago on July 17, 2014, a Buk missile downed Malaysia Airlines Flight 17 in eastern Ukraine, killing 298 passengers and their crew. The Russian government pushed evidence implying that a Ukrainian plane had shot down MH17, while the Dutch Safety Board concluded that a Buk missile caused the plane to break up and crash. My organization Bellingcat has demonstrated through digital forensics that the Buk missile and its launcher originated in Russia and that Russian-backed separatists brought down the Boeing 777.

Before the crash, the conflict in Ukraine had begun to drift from the world’s attention. The crash refocused attention on the conflict, and part of that renewed focus involved a method of examining conflict that was rapidly growing in popularity.

A growing number of people had started using the increasing volume of user generated content on social media—digital breadcrumbs—and online tools to examine conflict and other international events. In my own work, these methods had been used to monitor the use of cluster bombs, chemical weapons, and so-called barrel bombs in Syria, and on July 14, 2014, I had just launched a new investigative journalism platform, Bellingcat.

Shortly after Flight 17 was downed, photos and videos were posted online claiming to show different aspects of the incident. With any breaking news situation, verification of this type of user generated content is key, and over the last few years organizations such as Storyful and First Draft News have lead the way in verifying this type of content. In addition, informal communities with an interest in verification and conflict had formed on various social media platforms and forums, and the images and videos shared online in the aftermath of the crash came under scrutiny.

Over time, it was possible to prove using open source information that the Russian government’s claims and evidence were not only incorrect, but included fakes and purposeful effort to deceive. For example, the Russian Defense Ministry claimed it had satellite imagery showing the movement of Ukrainian Buk missile launchers; the Russians tried to claim that Ukraine had shot down the plane. Yet we clearly demonstrated that the images had been purposely misdated and altered.

When the Russian Ministry of Foreign Affairs was challenged to present its evidence, they resorted to plagiarizing blog posts from a Russian blogger. All of this was discovered using verification techniques and digital forensic research. But Russia’s troubles with social media sleuthing did not stop there.

With renewed interest in the conflict in Ukraine, Bellingcat began to look at other aspects of the conflict, where claims of Russian involvement were met with blanket denials. We discovered the presence of Russian equipment and soldiers in eastern Ukraine, and even cross-border artillery attacks into Ukraine from Russia. Together with our colleagues at the Atlantic Council, we explored Russia’s involvement in the conflict in Ukraine in the report Hiding in Plain Sight: Putin’s War in Ukraine, which led VICE News to track down one of the Russian soldiers fighting in Ukraine who had been identified in the report.

Meanwhile, other groups began to use open source investigation and digital forensic research to examine the conflict, challenging the Russian government’s claims with evidence that anyone with an internet connection could view themselves. There was no need for unnamed sources or classified documents when Russian soldiers could be found posting photographs from their time in Ukraine on their own social media pages. What had begun with one incident on July 17, 2014, has fuelled an army of online open source investigators and “digital Sherlock Holmeses” that wouldn’t stop at the borders of Ukraine.

In September 2015, when Russia began its bombing campaign in Syria, claims made by the Russian government came under immediate scrutiny by many of the same groups and individuals. Armed with the skills, tools, and methodologies developed in examining the conflict in Ukraine, they refocused their effort on Russia’s new military campaign. In the first twenty-four hours of the bombing campaign, the Russian Defense Ministry’s claims that only ISIS targets were being hit were immediately challenged by simply verifying where their own bombing videos, published on its official YouTube channel, were filmed, clearly showing they were nowhere near ISIS territory. When Russia denied it was using cluster munitions, and that they didn’t even have them at their airbase in Syria, the Conflict Intelligence Team, a Russian online open source investigation group, and others showed that Russian media had filmed and photographed cluster bombs at Russia’s airbase in Syria, completely destroying Russia’s claims.

In the Atlantic Council report Distract Deceive Destroy, we showed Russia had lied about its targets in Syria, lied about the munitions it was using, even lied when defending itself from accusations of bombing mosques, schools, and hospitals, going as far as using wrongly dated imagery, as it did with the downing of Malaysia Airlines Flight 17.

In October 2016, the Joint Investigation Team has promised to answer some of the outstanding questions about who was responsible for the downing of Malaysia Airlines Flight 17, but now anyone with an internet connection can challenge false narratives, reveal fake evidence, and outright deception. The number of individuals and organizations using online open source investigation and digital forensic research continues to grow, and as it does, those countries that continue to choose to lie to the public will face humiliation at the hands of a growing number of citizens with the tools they need to destroy those lies.

Eliot Higgins, a UkraineAlert contributor, is the founder of Bellingcat and a Senior Fellow with the Atlantic Council’s Digital Forensic Research Lab.

Image: The reconstructed airplane serves as a backdrop during the presentation of the final report into the crash of July 2014 of Malaysia Airlines flight MH17 over Ukraine, in Gilze Rijen, the Netherlands, October 13, 2015. REUTERS/Michael Kooren