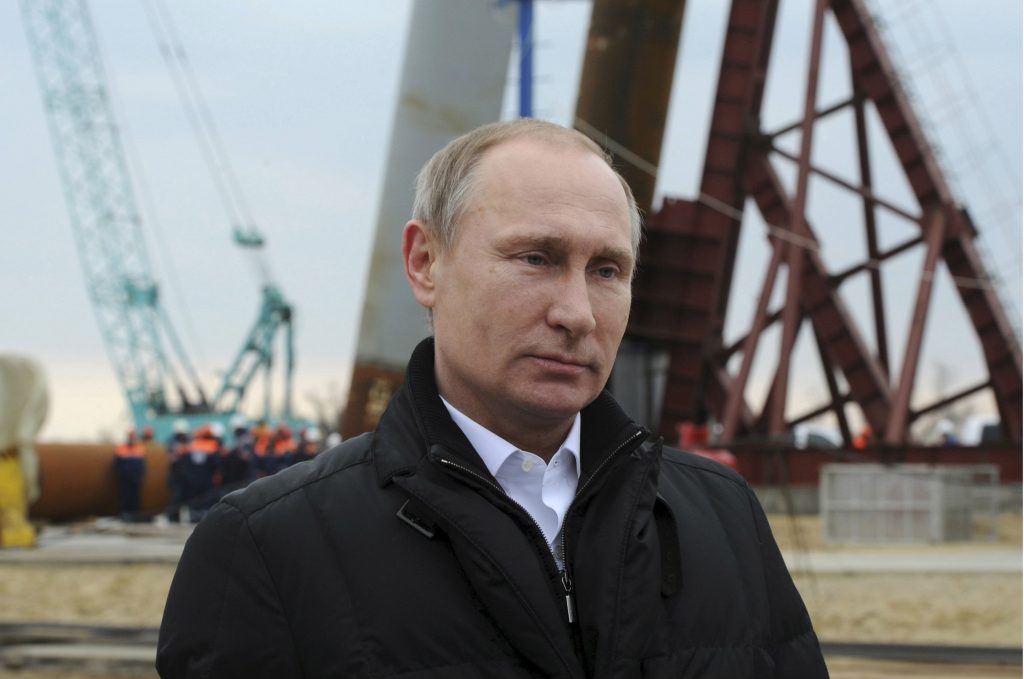 Russia’s recent naval activity around Ukraine and the Baltic Sea is more than simply a threat to countries in the region. In fact, it represents a challenge to the international order, one that could be replicated by other rogue nations.

Since invading Ukraine in 2014, Moscow has become significantly bolder. Russia has expanded into Ukraine’s Exclusive Economic Zone (EEZ), the body of water up to 200 miles from the country’s coast that is internationally recognized as its legal territory. Moscow has restricted the dimensions of vessels that can pass through the Kerch Bridge overlooking the Sea of Azov in an attempt to curtail Ukrainian commercial traffic. Russia has also unlawfully seized eight maritime gas fields in the Sea of Azov and the Black Sea belonging to Ukraine. And it illegally extracted an estimated 7.2 billion cubic meters of gas from those fields.

Still more recently, Crimea’s “Cabinet of Ministers” has handed Russia 6,500 square meters of land requested by Moscow’s contractor for the bridge, which will cut Ukraine off from trade.

Clearly, aside from its continuing acts of aggression in eastern Ukraine, Moscow is showing contempt for other states’ sovereignty and for international treaties, particularly the UN Commission on the Law of the Sea (UNCLOS).

Nor are these the only examples. In defiance of UNCLOS, Russia has chosen to conduct two sequences of naval and aerial exercises inside the EEZs of Sweden, Poland, and Latvia. Thanks to these exercises, commercial traffic in the Baltic was essentially shut down for several days. While Russia’s actions were technically legal, their importance and the potential threat are significant.

At the same time, in the Arctic, Russia is also clearly pushing the envelope established by UNCLOS and its own 2010 treaty with Norway. In 2015, it renewed its application to UNCLOS for an expansive EEZ in the Arctic comprising 463,000 square miles and creating monopolies over vast fishery, hydrocarbon, and mineral resources. Meanwhile, Moscow is steadily militarizing the Arctic. In 2017, it launched three separate military probes of Norwegian installations in and around the Arctic, and it has carried out nuclear exercises in the vicinity, introducing new nuclear forces into the area.

Accordingly, when we overlook Moscow’s depredations against Ukraine, we undermine the foundational principles of any durable international order, and not only in Europe. Moscow has acted similarly in regard to the Sea of Okhotsk on its Asian coast, and will probably do the same thing in the Arctic, if it can. And Russia’s activities are dangerous on an even broader scale. They also could serve as an example to states like Iran and China, indicating that nations can breach international law and established norms without any real backlash or consequences.

These Russian violations highlight the need for Western support for the rebuilding of a strong Ukrainian navy. But they also should bring attention in every Western capital to the bigger picture: Russia’s threats to the principles of sovereignty, territorial integrity, and freedom of the sea are challenging the entire international order. In response, the West must bring a renewed attention to the naval defense of NATO members, and of Europe as a whole.

Stephen Blank is a senior fellow with the American Foreign Policy Council.

Image: Russian President Vladimir Putin via a video link addresses people marking the second anniversary of Russia's annexation of the Crimea region in Moscow's Red Square, as he visits the construction site of the transport passage across the Kerch Strait on Tuzla island near the Black Sea port of Kerch, Crimea, March 18, 2016. REUTERS/Mikhail Klimentyev/Sputnik/Kremlin