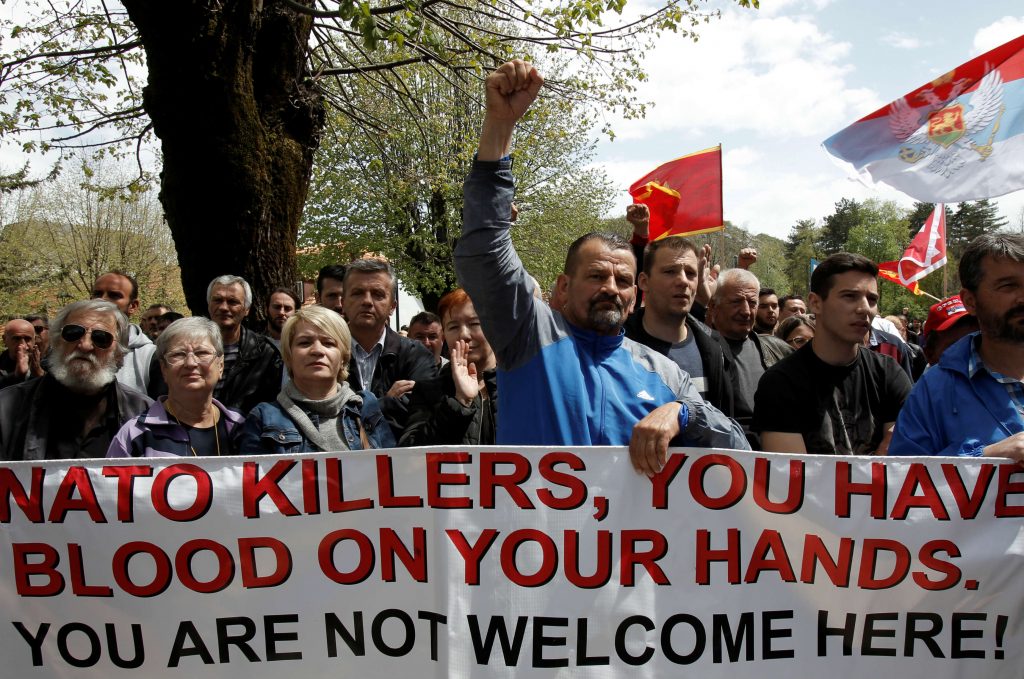 On June 5, Montenegro will become the twenty-ninth member of NATO. This comes at a time when accession talks with the EU are also occurring; the EU has offered membership to Montenegro and other countries in the western Balkans.

To any careful observer, it is obvious that the standards for Montenegro’s inclusion in the alliance have been very low. In contrast, NATO’s demands of Ukraine (as well as of Georgia) have been far more stringent, while the EU has never considered either one for membership. A resolution by attendees at NATO’s 2008 Bucharest summit spoke of Ukraine and Georgia as future members, but gave no accession date or sense of when they would be invited into the alliance’s Membership Action Plan.

To understand the different standards the two countries are being held to, it is important to examine them systematically. Montenegro and Ukraine can be compared in seven key ways.

First, with an army of only 2,000 and a $69 million military budget, Montenegro brings little of military value to the alliance. In comparison, Ukraine’s armed forces, National Guard, Border Troops, and Security Service together number 450,000, with a military budget of 5 percent of GDP—higher than that of any NATO member. Montenegro will provide two naval bases, Bar and Kotor, but with existing NATO bases throughout the Adriatic, these are of smaller strategic significance compared to the potential added value of Ukraine’s Odesa and Mariupol.

Second, Montenegro has no military industrial complex, while Ukraine’s accounted for 40 percent of its economy in the USSR; since the launch of Russia’s aggression in 2014, it has been expanding and modernizing. Ukraine is ranked ninth on the list of the world’s largest arms exporters.

Third, Ukraine’s contribution to NATO’s out-of-area operations dwarfs anything provided by Montenegro. Ukraine is the only country that has participated in all major NATO-led operations and missions; it is currently deployed in Afghanistan, as well as with multinational NATO forces in Kosovo. And the largest number of non-NATO forces in the US-led coalition in Iraq in 2003 were Ukrainian, representing the third largest military contingent overall.

Fourth, NATO demanded that Ukraine hold a referendum on joining NATO, a requirement that was not asked of Montenegro. Based on current opinion polls, if a referendum were held in Ukraine today, it would receive majority support. This would not necessarily be the case in Montenegro, where an April 28 parliamentary vote to join NATO was backed by only forty-six out of eighty-one deputies.

Fifth, NATO was concerned that Ukraine’s Russian-speaking regions and pro-Russian political forces would be strongly opposed to membership. Opposition from Russian speakers did not trouble NATO or the EU when they extended invitations to Estonia and Latvia, which have sizable Russophone communities; Latvia’s ethnic Russian population is four times times that of Ukraine’s. Unlike in Ukraine, however, those communities do not in the main hold citizenship.

In Ukraine, the Party of Regions has disintegrated, the Communist Party is banned, and Crimean Russian nationalists are no longer inside the country. The October 2014 elections created a parliament with a pro-European constitutional majority. In Montenegro, pro-Russian and anti-NATO political forces are far more popular and are electorally stronger; in its parliament, pro-Russian and anti-NATO deputies are four times more numerous than Ukraine’s forty-person strong Opposition Bloc (the successor to the Party of Regions), which represents only 10 percent of all deputies. And Ukraine’s nationalistic groups are solidly in support of NATO membership; nationalists in Montenegro are anti-NATO.

Sixth, NATO was concerned about Russian reactions to Ukraine joining the alliance. This is no longer a purely Ukrainian problem, as Russia is implicated in a failed coup d’état in Montenegro that included the intended assassination of Prime Minister Dusko Markovic. In a trial of the fourteen plotters that will begin soon, two are Russian intelligence agents.

Indeed, Ukraine’s experience of fighting Russia’s hybrid war should be invaluable to NATO military planners concerned about Moscow’s possible use of the same weapons in Estonia and Latvia.

Seventh, NATO says that Ukraine and Georgia’s frozen conflicts prevent them joining NATO. Frozen conflicts—in the Soviet-occupied GDR, and in Turkish-occupied Northern Cyprus—did not prevent Western Germany and Cyprus from joining NATO and the EU. If NATO pursues this line of argument, it is in effect acquiescing to Russian policies that seek to use invasions and hybrid warfare to halt the European integration of Ukraine and Georgia. In contrast, NATO refused to bow to Russian pressure on Montenegro.

In short, NATO’s invitation to Montenegro to join the alliance does not add up to scrutiny when compared with what Ukraine could offer it. The alliance’s response to Kyiv cannot be viewed as just pragmatism or only a matter of politics; it is, simply put, a slap in the face.