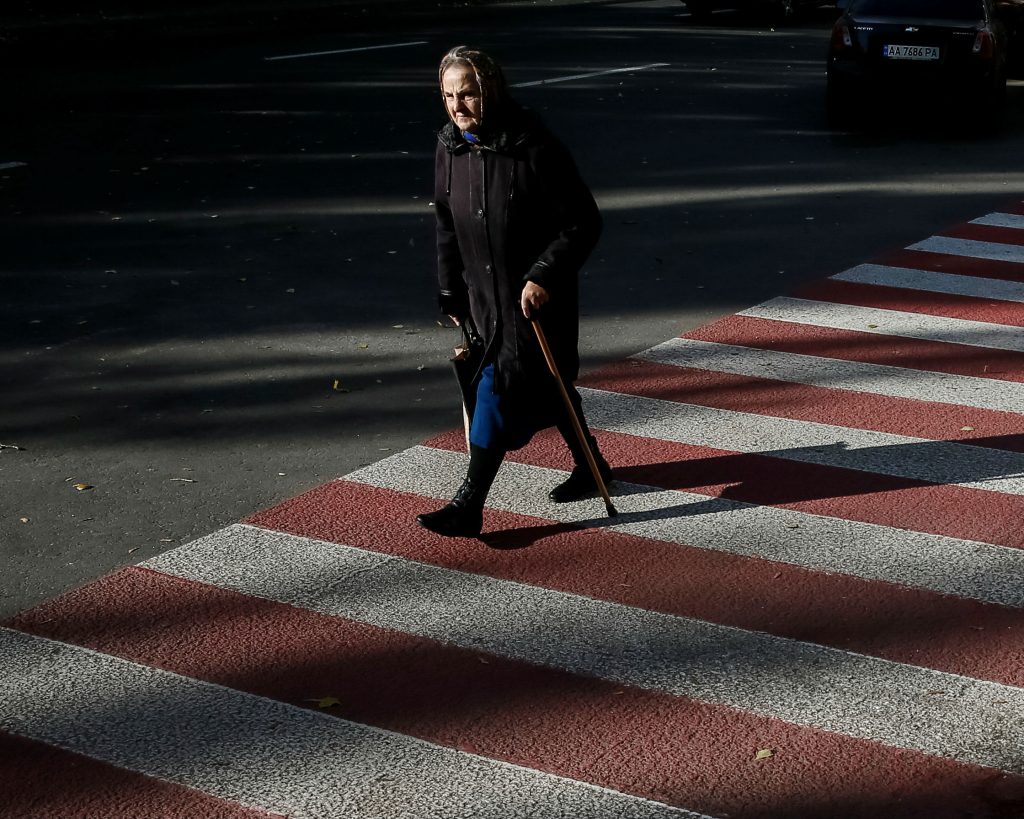 “The first week of November is so nerve-racking. Until I get the bill, I don’t know if my subsidy has been extended for this heating season and what amount will it cover,” my friend’s mother, a 69-year old pensioner in Kyiv, said when I called to check on her. “With these high utility prices—if the subsidy is lowered or denied, my whole pension will be going just to cover the utility bills.”

As the weather gets cold in Kyiv, energy subsidies become a common topic of conversation. It is around this time of year that Ukrainians get their heating season’s first utility bills and learn the subsidy amount they have been assigned for the season, an unpredictable process that leaves many residents uncertain.

After the Euromaidan, Ukraine embarked on a long-delayed energy sector reform that culminated in an April 2016 resolution to unify residential and industrial gas prices. The resolution ended the decades-long provision of cheap residential gas, which had encouraged over-consumption and excessive reliance on Russian gas. It had also capped domestic gas production, fostered corruption among officials who had access to the cheap residential gas, and increased the state budget’s volatility.

Gas price increases have been painfully felt by the population, given the country’s overall low incomes and the flaws in the subsidy system, although the efficiencies brought by market pricing have helped limit energy corruption and conserved budget funds.

Anna, a single mother of two, was denied a subsidy for the season. Anna receives a monthly wage of $260 from a position at one of the ministries in Kyiv, which was deemed too high for a subsidy; her ex-husband is still registered as living in the apartment, which also counted against her in the subsidy allocation. “The civil service wages are so low that I must give up a large part of my wage to pay for housing and utilities alone,” Anna said. With a bitter smile, she tells the story of her neighbors, a married couple working in the private sector who declared only a small portion of their income precisely to meet the eligibility criteria for the housing and utility subsidy.

Many people have come to rely on utility subsidies; 8.5 million households, over half of Ukraine’s total fifteen million households, were eligible for a subsidy this year. One resident of Kyiv characterized the subsidy system as “hitting the target but missing the point” for expanding the number of participants quickly while ignoring the realities of mismanaged official records and a vast shadow economy that often leave the needy without assistance. Populist politicians in Ukraine have capitalized on the overall feeling of insecurity and mistrust toward the government and are gaining support by calling for a return to universal price subsidization.

The effect of the subsidies on energy consumption has also been ambiguous. Energy reform has stimulated conservation as the population, heat producers, and budget-sustained entities like schools and hospitals cut their gas consumption by 30 percent over the last two years. At the same time, observers note that subsidy recipients are not motivated to decrease their energy consumption; in fact, some have been increasing their consumption due to fears that the subsidy will be reduced if their actual consumption is lower than the “social consumption norm,” which is the basis for the subsidy calculation.

The current subsidy system is not straightforward; the subsidy is allocated to heat producers, who then provide heat to residential recipients. Due to sloppy budget discipline, such subsidy transfers are often delayed and don’t involve cash, but instead are paid in “offsets,” which heating companies can use to make payments to Naftogaz. This system has left heating companies with virtually no cash for running their current operations and paying wages. As the heating season approached this year, several municipalities voted to allocate funding directly from local budgets to help their heat producers pay wages and prepare for the winter heating season. Increasing budget discipline and paying the transfers in cash, as well as repaying the backlog of unpaid energy bills, is crucial for the healthy operation of Ukraine’s energy sector.

Some initiatives have been introduced in the Rada to address these shortcomings. For instance, in July the Rada voted to write off heat producers’ debts to energy providers, if such debts originated because of delays in budget transfers. However, the draft overlooked the implications that the write offs would have on Naftogaz’s financial situation, and it was vetoed by the president. A more balanced draft law that was voted on this October suggested a restructuring of the debt overhang and an increase in budget discipline when allocating transfers. Still, these initiatives take a piecemeal approach to the problem; the current challenges need to be addressed through a comprehensive and swift subsidy reform.

In order to put energy reform back on track, the government should monetize the subsidies, enable consumers to save energy by supporting heat and energy metering, and increase the transparency of the subsidy allocation. The government has committed to monetizing energy subsidies in its IMF program, but progress has been very slow. As recently as mid-October, the Cabinet of Ministers announced its intention to partially monetize energy subsidies by allowing consumers to keep the portion of the subsidy that was unused during the winter heating season. While this will encourage consumers to save energy, full monetization of energy subsidies is necessary to win public support for the reform.

Oksana Bedratenko, a UkraineAlert contributor, is an independent analyst based in Washington, DC; she formerly served as the Senior Local Economist at the US Embassy in Kyiv. She tweets @Bedratenko.