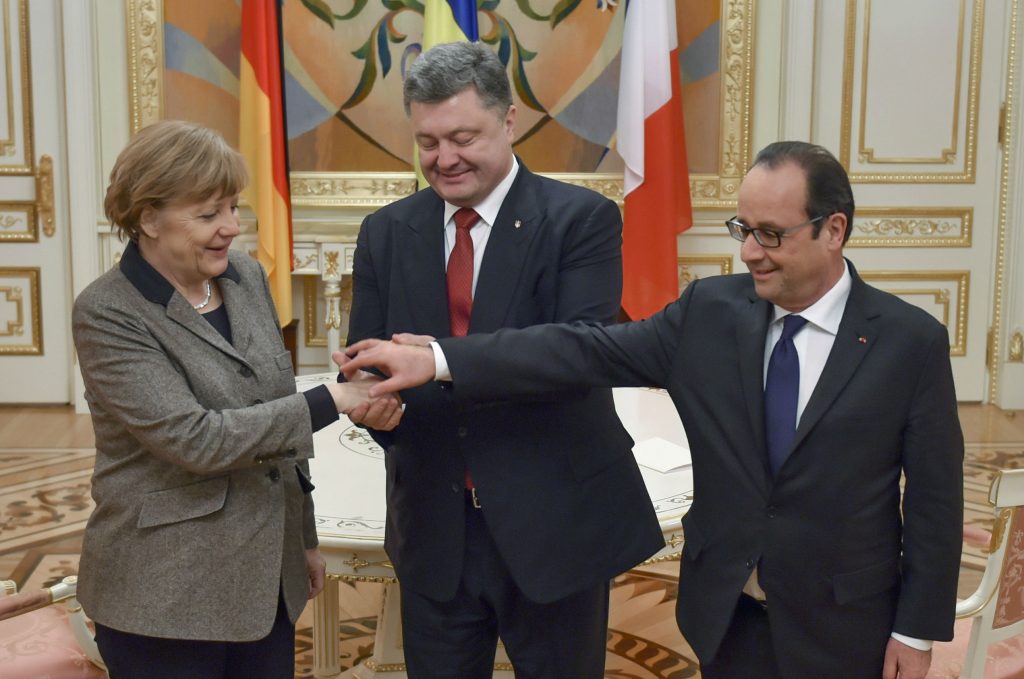 Is the Minsk peace process dead?

Not yet. But it is not being respected, and a great deal of work is being done to undermine the process and essentially call it off. Sometimes this is even being done by well-meaning people who actually support Ukraine in one way or another.

Comments and tweets from politicians or diplomats involved with Ukraine never imply that there is an intention to seek an alternative to Minsk. They recognize that, at its core, Minsk is a strategy for ending the conflict and finding peace. They also recognize that nothing in the Minsk agreement violates or undermines Ukraine’s statehood.

The imperative now is to force the implementation of Minsk through stronger responses to the growing violence and loss of life—both military and civilian—in eastern Ukraine.

Before looking at potential tools that can force compliance with the current peace plan, one should consider what an alternative deal would have to look like. It must require:

These are the first and most essential steps for ending the conflict in eastern Ukraine, but they would not comprise a new deal. Minsk isn’t failing because the process as negotiated is fundamentally flawed; any new peace deal would have to have the same basic elements. So why hasn’t it worked? Because Russia hasn’t respected a single element in it.

Now is not the time to bury Minsk: allowing the process to be scrapped would reward Russia for its persistent aggression. Instead, it’s time to make sure that Russia starts to abide by it. There are useful tools at the disposal of those who have the courage to use them. They include:

This list is not exhaustive. All or a combination of the above can be deployed as an added cost to Russia as it continues to bring arms and fighters into Ukraine.

In recent times, there have been a few indicators showing that the international community is preparing to get tougher on Russia. One senior diplomat now uses the term “Russian-led”—rather than “Russian-backed”—to describe the military forces in eastern Ukraine. This terminology has been factually correct since day one, and his diplomatic colleagues should follow his lead. The recent renewal of EU sanctions happened without debate, too; that’s another significant sign.

But Moscow is desperate for sanctions relief. Under what circumstances can the Minsk-related sanctions against Russia be lifted? Minsk becoming null and void would be one way Russia could continue to plead for sanctions relief. There are indications that some parties in Europe think sanctions should be ended; this has led some to conclude that European unity on this position is weakening. But in reality, those who suggest such things are generally radical parties with an obvious anti-EU stance or pro-Russia allegiances. Their views can’t erase the facts on the ground: a Russian-directed war has already killed well over 10,000 people and it is escalating.

Russia could genuinely warrant sanctions relief if it abided by Minsk. An alternative deal to Minsk would necessarily contain the very same conditions, so there’s no reason to bury Minsk. Instead, the international community should back it up, with more penalties as necessary, and bolster Ukraine.

Paul Niland is a longtime Kyiv resident and the founder of Statement Email Ltd.