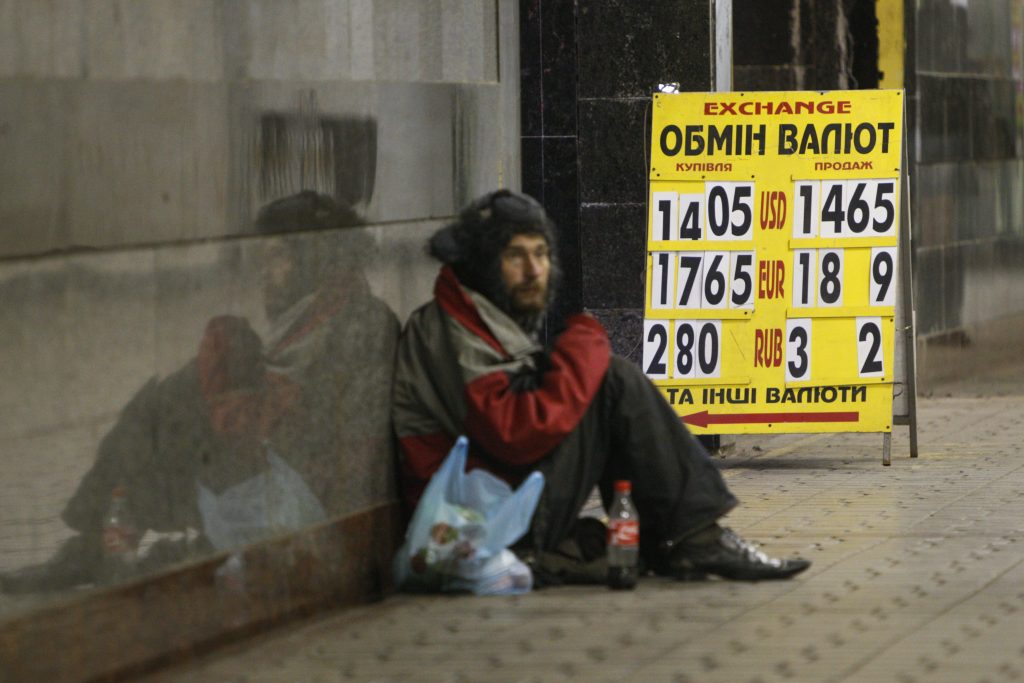 Ukraine’s Friends Plan a Donor Conference in February; Is That Soon Enough?

On Ukraine, the economists are declaring an emergency. Ukraine is bleeding cash in its war against Russian and Russian-proxy forces in the Donbas region. With its industrial heartland shattered by the war, the country’s economy is shriveling. And the warnings from economists are growing that Ukraine will need a big increase—and quickly—in international financial support, if it is to avoid an economic collapse.

“Ukraine is at risk of a financial meltdown,” economist Anders Aslund wrote last week on his blog at the Peterson Institute for International Economics. “Presumably it would be reminiscent of the Russian financial crash of August 1998—with default, high inflation, a frozen banking system, falling output, and panic.”

Eight months after Ukraine negotiated a $17 billion bailout from the International Monetary Fund, it is likely to need an additional $10 billion over the next six months, says a new report from the Institute of International Finance, a global association of banks, insurance companies, pension funds and other financial institutions. “Unless additional official funding is made available, odds for a major financial collapse will grow,” the IIF says in its introduction of the report, written by two of its senior economists for Europe, Lubomir Mitov and Ondrej Schneider.

“The meltdown can still be prevented,” Aslund writes, but only if Ukraine’s new government and its international allies “act fast and hard.” Ukraine must move quickly to close a number of insolvent banks that otherwise it will have to bail out—a step it cannot afford. (The National Bank of Ukraine stepped in that direction last week by declaring the insolvency of VAB Bank, counted in Kyiv as probably the 15th or 16th largest in Ukraine.) Then, Aslund says, Kyiv “should call on its creditors to agree to a standstill on its foreign payments,” including the payment of disputed back debts to the Russian gas supplier, Gazprom. “The government needs to cut public expenditures by 10 percent of GDP—as the Baltic governments did in 2009—to save the country and convince foreign creditors that it can manage the nation’s finances.”

According to Aslund, Ukraine’s allies must dig into every financial pocket they have—notably the IMF and the European Union—to provide “a Marshall Plan for Ukraine.”

One problem is that the initial bailout for Ukraine was shaped in March and April of this year, before the Donbas conflict exploded into all-out war. Even the IMF’s managing director, Christine Lagarde, has said that initial bailout is now insufficient. But, she said in Washington last month, no one should assume that the IMF will take up the slack. “To assume that the additional funding will have to come from the IMF, I think is rather far-fetched,” she said. “If the economy has to be restored and stability maintained, money will have to come from multiple sources.”

Here is how the IIF summarizes Ukraine’s problem: “As the economy deteriorates rapidly amid ongoing tensions in the east and with the October elections having failed to reduce political uncertainty, financing pressures have intensified. The central bank is burdened by financing a soaring fiscal deficit and [by also] supporting banks [that have been] paralyzed by large capital and liquidity shortfalls. A stress test confirmed the need for a major capital increase, but it remains to be seen whether private shareholders would be willing and able to do so. These developments, combined with a sizable balance of payments deficit, suggest an uncovered financing gap of some $10 billion during the next six months.”

The warning is echoed by Standard Bank’s London-based senior economist Timothy Ash, one of the banking world’s closest observers of Ukraine, “My sense still is that the West is sleepwalking in terms of the risks now of economic and financial collapse in Ukraine,” Ash wrote this week in an e-mailed comment.

“But there are plenty of excuses that can be made not to provide more financing at this stage,” Ash said, and they have been reinforced by the full month it has taken to negotiate and appoint a new government following the October 26 parliamentary election.

The United States and its European allies need to focus their attention, Ash writes. Right now, “everyone … is looking at each other, expecting someone else to pick up the tab after having already eaten the meal. … The West needs to move much faster than the promise of a donor conference in February.” It is only ten weeks until the beginning of February, he says, but that “is a lifetime in Ukrainian political economy these days.”

Image: A homeless man sits by a money exchange office in Kyiv, its prices reflecting the decline in Ukraine’s currency. Ukraine heavily drained its foreign currency reserves, one of several signs that warn of a financial meltdown unless Ukraine slashes government spending and gets more aid, economists say. (Reuters/Valentyn Ogirenko)