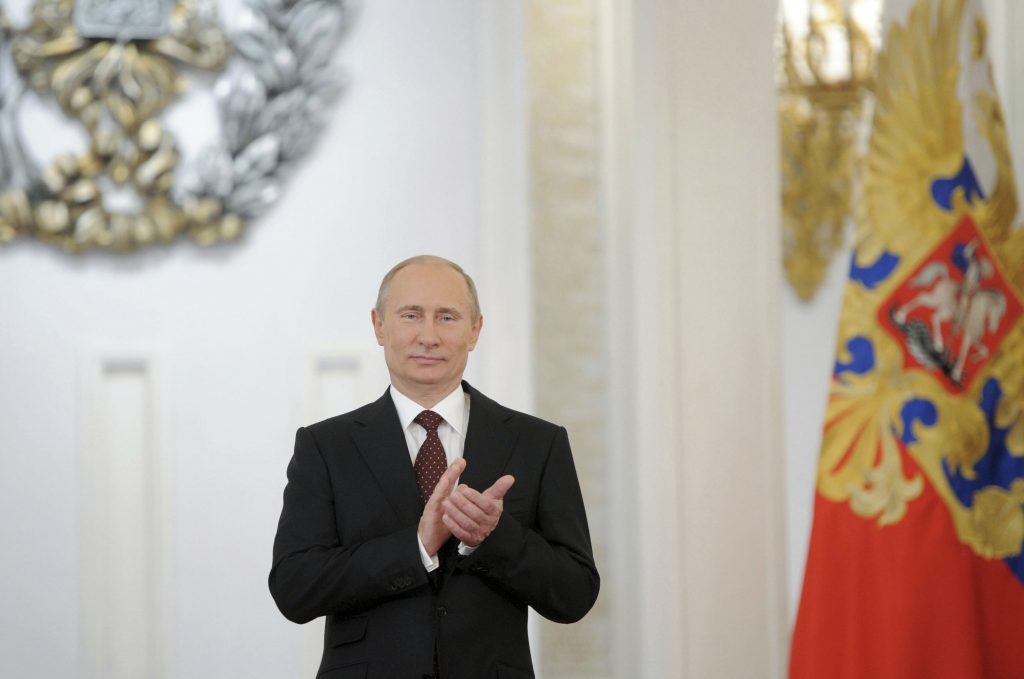 On April 24, the European Values Think-Tank released a new major study examining how individual member states of the European Union perceive the threat coming from the Russian Federation. More than 450 policy documents, intelligence reports, and other sources were used to assess how Russia’s aggressive behavior impacts the foreign and security policies of the twenty-eight EU countries, from Estonia to Portugal.

Russian aggression against Ukraine has led to sanctions against Russia, while the Kremlin’s aggressive policies—militarily threatening specific EU countries, using hostile influence tools like disinformation, and supporting European extremists and radical leaders—have alienated many European countries. Based on these actions since 2014, the study found:

However, the group of EU countries clearly concerned with Russian aggression is missing a leader. The United Kingdom is on its way out, Germany still does not want to take an openly hawkish stand against Russia, and Poland is missing the chance to be a legitimate leader of this pack because of its government’s unconstructive behavior.

The most reliably Kremlin-friendly position is held by Italy, which has expressed its views by openly vetoing the expansion of sanctions following Russia-sponsored atrocities in Syria, for example. That might change after the French presidential election, if Moscow gains a highly influential ally there.

The game-changer in this situation will be the next German government coalition, which can shift European efforts to counter and mitigate Russian aggression in one of two ways. It can either appease the Kremlin and effectively kill the sanctions, or it can follow up on the principled position held by Chancellor Angela Merkel to devise a government policy that responds to the Kremlin’s aggression on every level—from Ukraine to disinformation threats—and become the prime defender of the liberal international order.

EU member states perceive three major categories of aggressive steps taken by the Russian Federation. The first is Russian military aggression—the war against Ukraine beginning in 2014, and against Georgia in 2008. The Russian invasion of Ukrainian territory has by far the most impact on how European security institutions see the security environment.

The second category covers Russian efforts to bully or threaten EU member states using military power. These threats are very visible in the Baltic countries, as well as in Denmark, Finland, and Sweden.

The third category includes Russian efforts and activities to disrupt the European consensus on policy initiatives such as sanctions, and to support pro-Kremlin political leaders through hostile influence and disinformation operations. This threat has a growing importance in countries that do not feel directly militarily threatened, such as Germany.

In most Eastern European and Scandinavian countries, perceptions of threats coming from Russia are generally shared among national security establishments as well as the majority of the political class. In Western and southern European countries, however, there is often a divide between national security professionals and the majority of the political class, which sometimes adopts an appeasement or naïve position toward the Kremlin’s actions. For example, French and Italian militaries are participating in the work of NATO StratCom COE, despite their political leadership being very hesitant on the issue.

Second, the Kremlin’s behavior is portrayed as worsening inside Russia, as well as in its Eastern European neighborhood (toward Belarus and Moldova, in addition to Ukraine) and inside EU member states.

This article is based on a summary of the study, which is available here.

Jakub Janda (@_JakubJanda) is the head of the Kremlin Watch Program and deputy director at the European Values Think-Tank based in Prague.