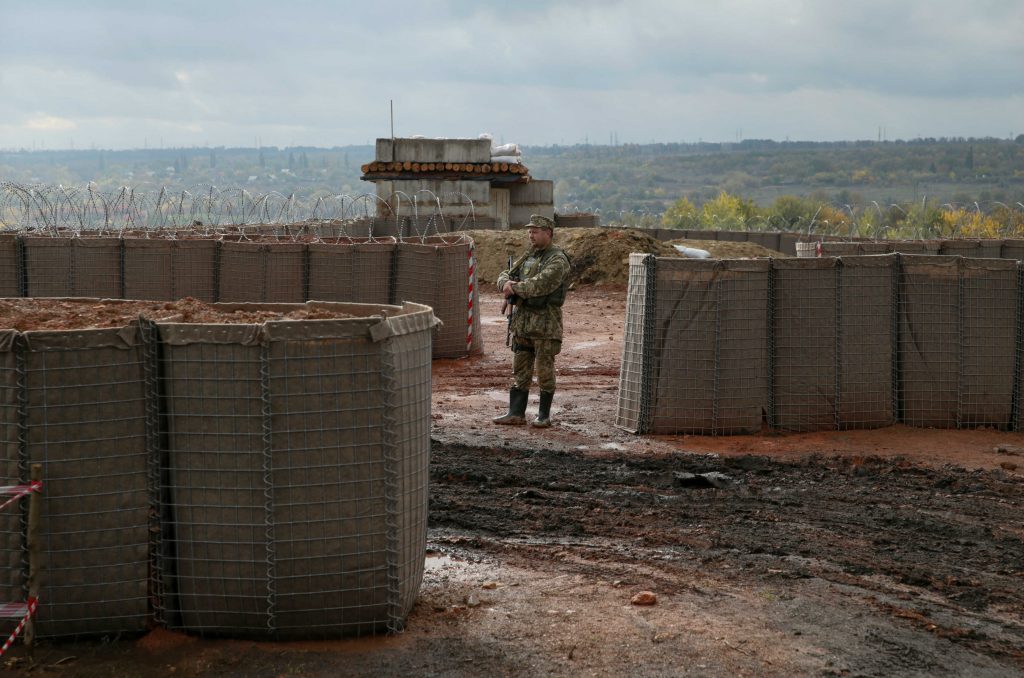 Last week my colleagues Mustafa Nayyem, Svitlana Zalishchuk, and I had dozens of meetings in the United States. Our impression was disappointing. Since the resignation of Arseniy Yatsenyuk (Washington’s favorite Ukrainian politician), reports of further corruption, and the lack of progress in resolving the conflict in eastern Ukraine, the United States has grown weary of Ukraine.

There are two main issues in Ukraine that register on the US agenda today. First is the negotiations over the future of the so-called Donetsk and Luhansk People’s Republics and the resolution of the simmering conflict in the Donbas. Although the White House has refused to provide lethal military aid to Ukraine, President Barack Obama would like to enhance his legacy by resolving the conflict before leaving office.

Washington is disappointed with the obligations Ukraine assumed under the Minsk accords, which left the United States out of the negotiation process. In a way, Kyiv succumbed to political pressure from Berlin. At the time, the German Chancellery was wary of the United States undermining its exclusive leadership role in Europe.

By taking the initiative to push the peace process forward, the United States is encouraging Kyiv to adopt laws stipulated by the Minsk accords, which in return guarantee the surrender of Russian weapons to OSCE observers and their further withdrawal from Ukraine through a safe corridor.

Even if Washington listens to Ukraine’s arguments about the Minsk accords, it sees no excuse for Kyiv’s failure to curb corruption, which is the second biggest problem.

“Just a year ago, I was much more aloof, you know. Now I agree that sanctions against individuals may rectify the situation,” one influential American said to another during one of our private meetings. Both moved from the Department of State to work at think tanks.

Here again, patience has run out. Kyiv has not only turned a deaf ear to its own people but also to US policy advice. Hence, a recommendation by policy experts to impose sanctions on President Petro Poroshenko’s top corrupt officials may soon gain political momentum.

The United States already has an effective mechanism for punishing corrupt Ukrainian officials. In 2004, President George W. Bush issued proclamation 7750 that suspends the entry of corrupt foreign public officials who have adverse effects on the national interests of the United States.

Hryhoriy Surkis, a Ukrainian businessman and politician, was among the first individuals to face this sanction. In 2004, he was banned from entering the United States. These sanctions have been used several times since then. The US Embassy in each host country submits a list of individuals to the State Department to consider for sanctions.

During our meetings in Washington, I bluntly called for expanding this list to include officials in Poroshenko’s inner circle who continue to infest the government and public institutions and line their own pockets even in time of war. Efforts to eradicate theft through persuasion have failed.

Some American officials have noticed that Kyiv has begun to give off an arrogance that has never been seen before. “President Poroshenko, do not grovel before the Americans,” Konstantin Eliseev, deputy head of the presidential administration of foreign affairs, advised. He is thought to be behind such an approach, which is similar to what he advocated while serving as Ukrainian ambassador to the EU under former President Viktor Yanukovych.

Meanwhile, the fight against institutions and civil society activists who work to prevent corruption continues. Having invested much effort and resources in launching the National Anti-Corruption Bureau of Ukraine (NABU), the United States is shocked by Ukrainian Prosecutor General Yuriy Lutsenko’s attempts to strip the agency of its powers. The fundamental idea behind the creation of NABU is being threatened by the poor delegation of powers to investigate corruption among such agencies as the state tax administration and the Security Service of Ukraine.

Efforts to discredit anticorruption activists do not go unnoticed. After our meeting with US Assistant Secretary of State for European and Eurasian Affairs Victoria Nuland, she invited Mustafa Nayyem and me to her office and offered to take a picture together. She was trying to diplomatically express discontent with the orchestrated attacks against those who fearlessly expose the current regime.

From left to right, Sergii Leshchenko and Mustafa Nayyem meet with US Assistant Secretary of State for European and Eurasian Affairs Victoria Nuland at the US Department of State on September 29, 2016. Credit: Courtesy photo.

For months, Ukraine has been a platform that allowed the US to prove the theory that ousting a dictator leads to greater prosperity and a just society. The United States has committed its reputation and resources to support this cause. As a result, the news from Kyiv is disappointing. But it is still not too late for Kyiv to come to its senses. Otherwise, US-Ukraine relations could reach the point of no return sooner than Bankova thinks. And the Ukrainian people will pay for the sins of their leaders.

Sergii Leshchenko is a member of parliament in Ukraine and former deputy editor of Ukrayinska Pravda. This article was originally published in Russian by Novoe Vremya and translated by Vera Zimmerman.

Image: A Ukrainian member of the Joint Coordination Center for Ceasefire Monitoring is seen at a observation point prepared for the OSCE Special Monitoring Mission near the town of Zolote in Luhansk Region, Ukraine, October 9, 2016. REUTERS/Valentyn Ogirenko