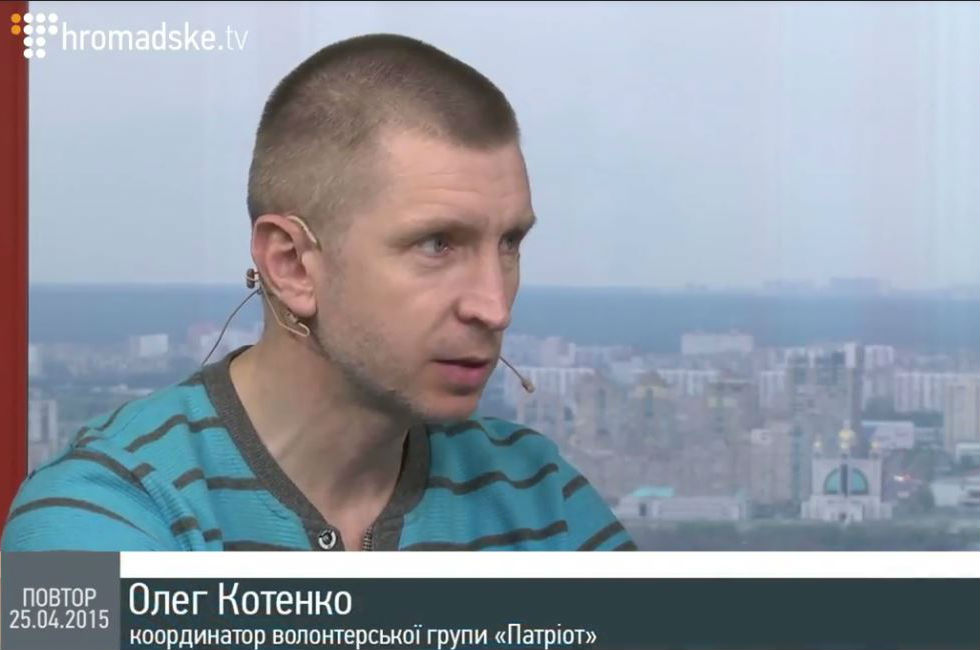 The situation with prisoners of war being held in Ukraine’s occupied Donbas is a tragedy. Some have been locked up for over two years, some tortured, and a few executed. Access to them by international missions is usually denied. Despairing families sometimes fall prey to swindlers seeking ransom. Since the war is officially undeclared, these soldiers and civilians don’t have POW status but are instead classified as “illegally held hostages.” The official hostage release process between Russian-backed separatists and Ukraine is “completely deadlocked,” mainly due to politicization. But Ukrainian volunteers, working separately from the Minsk process, continue to fervently negotiate for every hostage they can.

Patriot is an independent volunteer group dedicated to negotiating hostage releases and searching for missing persons. By coordinating with Ukraine’s Security Service (SBU), international organizations, and embassies, Patriot has helped bring home hundreds of hostages and provided humanitarian aid to those who remain in captivity. Overall, the SBU has freed over 3,000 people since the beginning of the war.

Given that Patriot’s work is ongoing and often sensitive, Oleg Kotenko, Patriot’s lead coordinator, doesn’t disclose details. But his interviews give a fascinating glimpse of how the hostage releases work and how being a responsible citizen can make a difference.

Patriot members don’t seek glory, but instead focus on results. “It’s sufficient for us that a mother who was with us from beginning to end will thank us,” said Kotenko in one interview.

Kotenko describes how publicity can play both a positive and a negative role in the release process. It’s easier to get certain captives out when there has been a lot of publicity; for example, media hype created pressure on the separatists to release Lyudmila Surzhenko, a woman with a hearing impairment, who was tortured and accused of spying. Media coverage often raises the value of an individual’s life. “If the media doesn’t show interest, it’s as if a person doesn’t exist,” Kotenko said in another interview.

Other times, releases must be carried out quietly, especially when negotiations and a special operation are in progress. A leak can thwart an arrangement and risk the lives of people on the other side who are helping free hostages.

Born in Russia, Kotenko is an entrepreneur from Slovyansk and a member of Ukraine’s defense ministry division responsible for prisoner releases. An activist with the callsign “Patriot” during the Revolution of Dignity, he led a Maidan self-defense unit. After the Euromaidan, he returned to Slovyansk as an adviser to Andriy Parubiy, then secretary of the National Security and Defense Council, and organized underground to help security agencies collect intelligence on the separatists. He conducted his first prisoner exchange in July 2014 before the Minsk peace process had begun. But being a negotiator was impractical for him, as the separatists had a $100,000 bounty on his head, so he created a good team to do the face-to-face work.

In this noble but dangerous line of work, Patriot’s volunteers have used all kinds of methods, short of ransom. Initially, Patriot followed the Chechen experience: that is, arranging transfers of soldiers directly between field commanders and family members. Patriot has worked with priests from Moscow and Kyiv patriarchates and even turned to criminals on both sides of the demarcation line to help arrange releases. At other times, field commanders contacted Patriot to conduct ad-hoc swaps.

These types of negotiations were possible in 2014 and 2015, but today, “the separatists no longer make decisions on hostages. Decisions are made in Moscow,” said Kotenko. He recalls that the swaps used to be more frequent, but once the process became politicized, they slowed down.

Ukraine also used to get more prisoners out than it returned to the separatists. Later the separatists insisted on one for one exchanges. In 2016, the formula became one for two, and now Ukraine is even willing to exchange one for three.

Patriot tries to release captured Ukrainians before they’re transferred to the authorities and added to the Minsk list. Once a prisoner makes the list, the release can only be achieved through the Minsk negotiations or international pressure, explained Kotenko. Patriot ironically calls the Minsk list “the Moscow list.”

Ukrainian prisoners on the Minsk list are guarded by the FSB, so negotiating for their release with the separatists is “pointless,” said Kotenko. The Kremlin uses them as bargaining chips to get political concessions from Ukraine, and especially shows interest in an exchange when it comes to its own captured soldiers to avoid tarnishing the image that “Russians don’t leave their own behind.”

Despite many hurdles, Kotenko marches ahead. “I’m too deep in this. I’d like to forget about the war and earn money, but I realize that I’ll be carrying this burden until the war is over or until we liberate, if not the last captive, then most people,” he said.

After the war, Kotenko plans to write a book to share the secrets of Patriot’s work.

Vera Zimmerman, a UkraineAlert contributor, is an independent research analyst and translator of Russian, Ukrainian, and English.