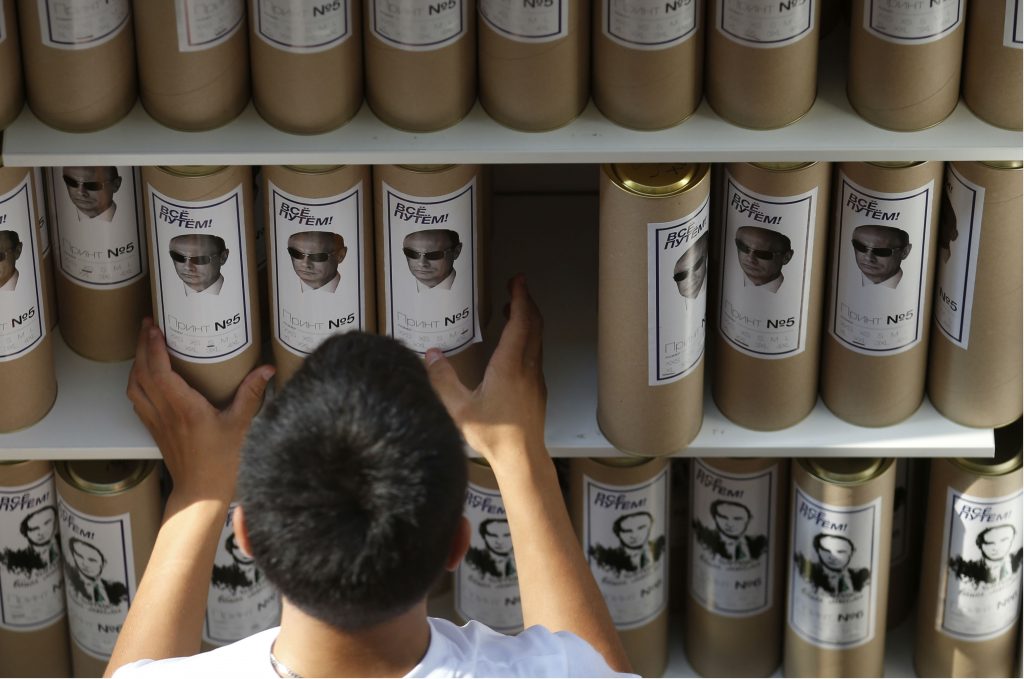 One of the mantras of today’s Kremlin apologists, as well as of some self-described political realists, is that current Russian President Vladimir Putin is unusually popular among Russians. In the interest of pragmatism, they say, the West should acknowledge this allegedly hard fact and adapt its policies accordingly—i.e., try to rebuild a partnership with Russia’s President. In as far as Putin appears to be an embodiment of the Russian national will, it is argued, we had better try to deeply understand and fully consider his views and plans for the world. For better or worse, Putin—as one of the texts on him claims—is “Russia’s choice,” and we should get used to this sociological given.

But how genuine, sustainable, and historically relevant are the impressive pro-Putin polling results continually reported by public opinion research agencies?

High rates of official public support for rulers of undemocratic systems are not unusual. The Germans, for example, once overwhelmingly supported a leader who was much more autocratic, expansionist, and aggressive than Putin. Yet should Hitler’s popularity in the 1940s, even after his death, mean that we ought to have more empathy for him because the “Fuehrer” (leader) temporarily represented a large part of the German nation? One could list dozens of dictators who were praised during and shortly after their repressive rules, but many of these once-admired hyper-patriots left behind ambivalent if not catastrophic legacies. More often than not, their crimes affected not only surrounding states and ethnic minorities but also the titular nations in their own countries.

Moreover, it is difficult to establish the validity of public opinion research results under conditions of ideological monism and political repression. What does Russian polling data actually tell us? Is Putin’s popularity really as high as respondents’ answers suggest? How ready are citizens to openly express their political views in an authoritarian system dominated by former Soviet state security officers? Are the preferences recorded in the polls reflective of the entire gamut of respondents’ worldviews? To what degree are such views shaped by plural sources of information provided by professional journalists?

Anyone who has watched political news and talk shows on the dominant Russian state television channels knows that these are not media in the Western sense of the word. The emotionality, aggression, and absurdity of the government’s political TV programs—that misrepresent many international affairs events as anti-Russian plots—may be difficult for non-Russian speakers to imagine. The daily spread of domestic and foreign political hate speech, craftily formulated half-truths, and increasingly bizarre historic myths on the Kremlin-controlled television channels goes far beyond the biased interpretation or fake messages of the Kremlin’s foreign media like Russia Today or Sputnik News. There is, in fact, no proper political mass journalism remaining in Russia; all of the country’s far-reaching media disseminate similar mélanges of purposefully selected world news, crudely manipulated political stories, and manifestly abstruse conspiracy theories.

To be sure, Russian opposition members, decent social scientists, foreign Kremlin critics, and free-thinking intellectuals do appear on late night shows on state TV. Their carefully calibrated presence, however, functions only as decoration designed to create the impression of political pluralism and freedom of speech, and to provide a target for the numerous Kremlin apologists in the studio. Often, the judiciously selected “dissidents” on the talk shows are shouted down by the Kremlin’s representatives, interrupted by the shows’ moderators, or even publicly ridiculed by the Russian government’s defenders. They are mere extras in a political theater play with a predetermined plot.

These and other peculiarities of public discourse in Russia today mean that Putin’s high popularity rates measured by polling agencies are fragile indicators. His public support would sink rapidly under conditions of real journalism, genuine multiparty competition, and actual freedom of expression. In big cities and among younger Russians, Putin’s popularity is probably lower than the available data suggests.

At the moment, Putin appears like a heroic figure in contemporary Russian history. But when the political system finally reopens, his public image will be quickly reduced to that of yet another unfortunate dictator and self-serving distractor on Russia’s long road to freedom.

Andreas Umland is Senior Research Fellow at the Institute for Euro-Atlantic Cooperation in Kyiv and general editor of the book series Soviet and Post-Soviet Politics and Society, published by ibidem Press, Stuttgart and Hannover.