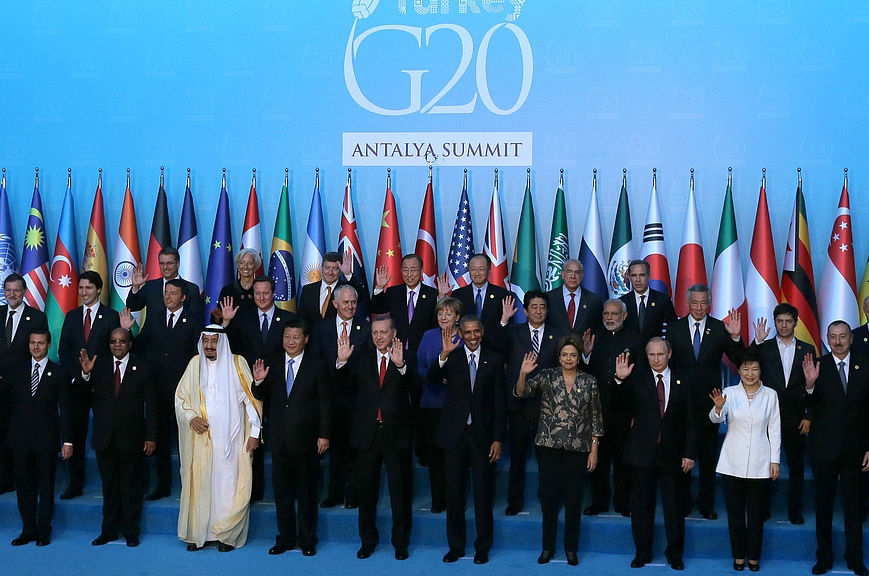 At the G-20 meeting in Antalya, Turkey, on November 16, Russia’s President Vladimir Putin proposed that Russia could restructure the $3 billion Eurobond that he lent former Ukrainian President Viktor Yanukovych in December 2013. It comes due on December 20.

This was a sudden change of policy. Until that moment, the Kremlin had insisted on being paid on time and in full. The reason for the change is that the Kremlin had been outwitted by the International Monetary Fund (IMF). The IMF has had an old practice of not “lending into arrears,” that is, not lending to a country that has not serviced its debt to sovereigns.

If Ukraine had not paid on December 20, that would have been the case. However, this practice is not written into the IMF articles of agreement and is only a policy decided by the IMF Executive Board, which can change it at any time with a simple majority. The IMF was about to change the policy before December 20 with the support of its Western majority. Then the IMF could have continued lending to Ukraine, while Russia would have been isolated.

Instead, Putin proposed that Ukraine should pay Russia back $1 billion each year from 2016 to 2018, and that the United States, the European Union or other international financial institutions should guarantee these payments.

This is unacceptable for at least three reasons. First, this would give Russia much better conditions than the other bondholders that accepted a debt restructuring reducing the nominal value of their bonds by 20 percent, while receiving a guarantee that no other bondholder would obtain better conditions. Second, the IMF lending program, the Extended Fund Facility of $17.5 billion, is valid for four years, and it contains no financing covering the Russian claim. Finally, the West has no reason to pay for Putin’s attempt to keep Yanukovych in power.

Yet, Putin’s move is very clever. He avoids being ostracized as a stubborn holdout, opening up for international negotiations. Once again he has become a star at a G-20 summit by making a surprising new proposal. Last time he did so was in St. Petersburg in 2013, when he suddenly proposed to eliminate Syria’s chemical weapons. While his proposal is unacceptable, Russia has become a central player in the G-20, after having been isolated as an aggressor against Ukraine at the G-20 summit in Brisbane, Australia, a year ago, when he left early.

Putin has changed the G-20 agenda from being dominated by Ukraine to having been taken over by Syria. He has done so by ordering Russian warplanes to bomb Syria’s peaceful regions, compelling Syrian refugees to flood Europe leaving the continent’s politicians clueless. Coincidentally, ISIS instigated the mass killings in Paris, so that a number of Western powers now want to fight with Russia against ISIS, ignoring everything else about Russia’s policies. That Russia has escalated its military aggression in Ukraine in the last weeks apparently does not matter much to the West.