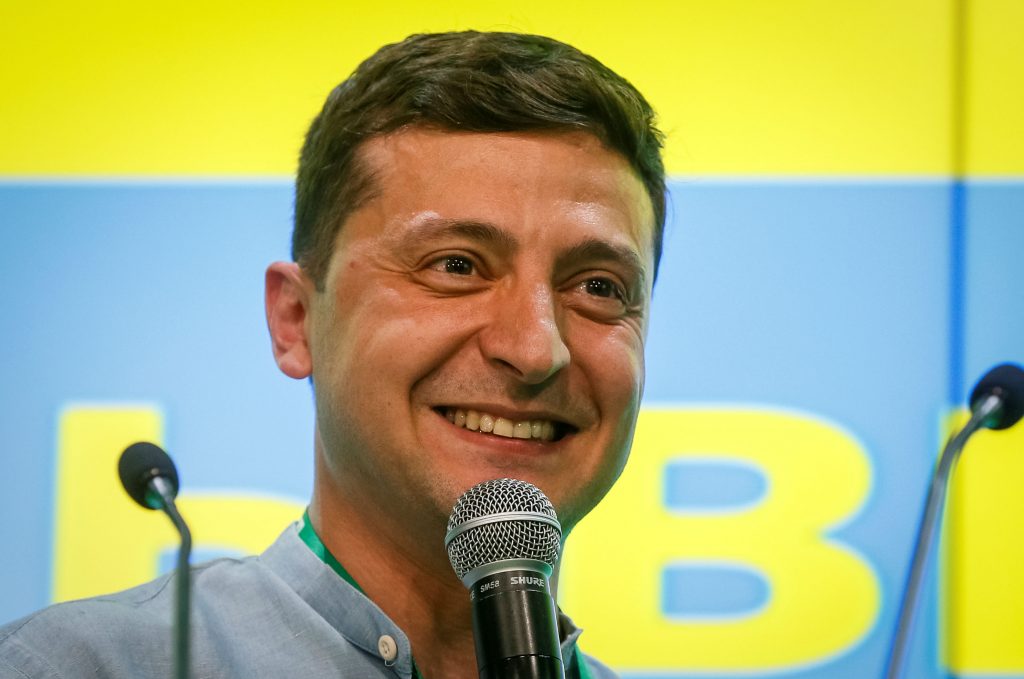 On July 21, Ukrainian President Volodymyr Zelenskyy’s Servant of the People party took 43 percent of the vote in snap parliamentary elections and looks set to have a majority in parliament.

We asked Atlantic Council experts and UkraineAlert contributors and colleagues the following questions: What surprised you about the results of the Rada elections? Are they a step forward for Ukraine? What will you be watching for next?

Anders Åslund, senior fellow at the Atlantic Council: Ukraine’s parliamentary elections mark a huge step forward for democracy and reform. Once again, Ukraine’s many polls turned out to be extremely accurate. The biggest surprise was that Servant of the People won 129 of the 199 single-mandate seats (with 82% of the ballots counted), so that it will have a majority. Will President Zelenskyy form a coalition with Slava Vakarchuk’s Voice or form a one-party government? About two-thirds of the MPs have never sat in parliament before. This will be the first Ukrainian parliament for almost twenty years not dominated by businessmen working for their own gain.

The size of the victory and the lack of experienced politicians make a technocratic government more likely. It will be possible to abolish parliamentarians’ immunity early on and rein in political financing. Zelenskyy needs to act fast to establish some rule of law, sacking the prosecutor general and cleaning up customs, and carrying out some economic reforms, probably starting pilot sales of state-owned agricultural land and speeding up privatization.

Michael Bociurkiw, global affairs analyst: It’s a brand-new day for Ukraine. Now that President Zelenskyy and his team have a parliamentary majority, they will be able to push through their reform agenda. First and foremost, they should move to lift the immunity from prosecution that MPs enjoy. That single move could make the parliament a less attractive place for crooks and oligarchs to hide.

On the other hand, the stakes will be extremely high for Zelenskyy. No longer will he have the luxury—as his predecessors did—of blaming inaction or the stalling of bills on an intransigent parliament. The president will also have to prove that he is his own man and will make key appointments without undue influence from deep-pocketed buddies such as Ihor Kolomoisky. He should also resist the temptation to seek revenge on opponents by banning them from public office through discriminatory lustration policies; doing so would exclude too many talented and experienced technocrats that an inexperienced team sorely needs as it seeks to transform Europe’s largest and poorest country.

Peter Dickinson, publisher of Business Ukraine Magazine and nonresident fellow at the Atlantic Council: It’s official—the Zelenskyy phenomenon has changed the face of Ukrainian politics and we are entering into uncharted territory. The president’s team now boasts an unprecedented nationwide mandate for change, but has also succeeded in concentrating more power in its hands than any previous Ukrainian political force, raising obvious concerns over the future of Ukrainian democracy. There will be a considerable bedding in process over the coming few months as so many new MPs get used to the unfamiliar environment of the Ukrainian parliament, but Zelenskyy will surely be eager to maintain the momentum of his movement and will seek to rapidly initiate eye-catching reforms. This could mean a radical shake-up of Ukraine’s anti-corruption bodies and the wider civil service, along with some high-profile arrests to demonstrate that he means business. There are less likely to be any dramatic shifts in foreign policy, where Zelenskyy will probably look to consolidate his standing on the international stage while seeking symbolic releases of Ukrainians currently being held as de facto hostages by the Kremlin.

John Herbst, director of the Eurasia Center, Atlantic Council:  A truly stunning victory which should make it possible for Zelenskyy to put together a government quickly. It also makes it possible for him to choose a technocratic prime minister who would focus on reform without worry about his or her subsequent career. Zelenskyy made excellent choices when he placed Aivaras Abromavicius as the head of Ukroboronprom, the state military defense conglomerate, and Max Nefyodov as the head of the Customs Service. The choice of prime minister will be even more important.

If Zelenskyy would like to broaden his support in parliament, he can make common cause with Slava Vakarchuk, whose Holos Party is committed to reform. Former President Petro Poroshenko has also positioned his party as pro-reform, but it is hard to imagine him joining a coalition with Zelenskyy.  Of note, the pro-Moscow Opposition Platform-For Life came in second. This might give them the first deputy speaker position in the Rada, but its 12.5 percent showing is not very impressive. This is another important indicator of the Kremlin’s fading influence in east and south Ukraine.

Marta Farion, attorney and president of Kyiv-Mohyla Foundation of America: The results of the parliamentary elections continued a demand for change and a break from the past. By voting for new, inexperienced people, voters demonstrated that they have no trust in the established political class. The vote was a demand to deliver on the promises made to fight corruption, provide opportunities for employment and business development, and block the chokehold of oligarchic monopolies.

The surprise was the higher than expected support of the pro-Russian party, which can be explained due to massive pro-Russian propaganda and disinformation, the active role enjoyed by Victor Medvedchuk during the Poroshenko presidency, and people’s yearning for ending the Russian-instigated war. Despite these factors, the pro-Russian vote was confined to a specific area in the east, and it was outmatched by all the other parties which support a pro-European policy and pro-reform agenda.

Zelenskyy’s choice of prime minister will be of crucial importance as it will reveal his loyalties and intentions, and will be pivotal to his ability to govern. Therefore, he needs a prime minister that is a professional of the highest order, with experience and knowledge of economic, political, and social issues both at the national and international level, and with ability to lead an effective Cabinet of Ministers that will implement an agenda supported by the president’s voting base.

Adrian Karatnycky, senior fellow at the Atlantic Council and managing partner of Myrmidon Group LLC: Ukrainians have voted and given President Zelenskyy’s Servant of the People Party a clear parliamentary majority of 253 out of 424 seats. This is a tremendous responsibility for a president whose newly-minted legislators, in the main, come with little or no policy experience and have not actively participated in civic life.

For the moment, Zelenskyy holds all the cards and can mold a government of his choice. The president’s early signals are positive. He seeks to build a government of competent experts headed by an economist. Such a government can serve Ukraine well, but it will face the challenge of a vocal parliamentary opposition, including a large Russian fifth column. One hopes that, even if not required, Zelenskyy will seek a coalition with the Holos party, which has a significant group of skilled and experienced reformers and activists in its ranks. Time will tell whether the new president and his government will succeed. But with such a strong mandate, responsibility is fully on Zelenskyy’s shoulders.

Bohdan Nahaylo, British-Ukrainian journalist and veteran Ukraine watcher: We have witnessed the biggest political shake-up in independent Ukraine’s history, a quiet but far-reaching revolution through the ballot box. After the major upset in the recent presidential election, the parliament has been secured by new, generally younger, and as yet untried forces galvanized by the political novice Volodymyr Zelenskyy, and effectively rebooted.

Affirming their commitment to values, ethics, and procedures essential for national renewal and the restoration of public and external confidence, Zelenskyy’s party proclaims its intention to break with the past and to kick-start the reform process. This is good news. The majority of Ukrainians have welcomed the unexpected appearance of these Ukrainian “New Turks,” and in a huge leap of faith empowered them for their proclaimed mission.

As a result of the stunning political offensive, which evidently has even given Zelenskyy’s party a comfortable majority, the old discredited political class has been humiliated and shown its place, and the foundations of the oligarchic system shaken. An exciting new political chapter has been opened replete with opportunities and formidable challenges.

Alya Shandra, editor-in-chief at Euromaidan Press: For me, these elections signify not that Ukrainians want change, but that Ukrainians are still ready to believe in a Messiah that will deliver impossible promises. Zelenskyy’s overwhelming victory in the single-mandate constituencies testifies to that; the Ze brand was enough to get wedding photographers with no experience into parliament. They also signify that the Kremlin’s plan to make Ukrainians believe that the leadership of their country is the largest problem, not the Russian war, has worked. At the same time, we have seen a flurry of young changemakers entering politics—a consequence of the Euromaidan revolution. As the number of faces with the necessary experience and pronounced goal to defend Ukrainian state sovereignty has dropped dramatically, in part due to their fragmentation and infighting, my largest concern with this parliament is whether it will uphold Ukraine’s fight for independence or whether it will quietly capitulate to Russia with the loyal media presenting this as another “victory” of the new government.

Andreas Umland, Senior Fellow, Institute for Euro-Atlantic Cooperation: Servant of the People’s landslide and resulting concentration of power reminds one somewhat of the Westminster type of democracy with its “winner takes all” idea. It implies enormous opportunities and risks for Ukraine. Zelenskyy’s dominance in both the executive and legislative branches provides him with many instruments to swiftly implement his ideas and puts responsibility for Ukraine’s future squarely into his and his followers’ hands. Yet, unlike the British model, Zelenskyy’s new majority is primarily made up of newcomers who will be operating in an under-institutionalized and highly “monetized” political environment. Will Ukraine’s political elites reassert themselves, or has a new elite taken root? Will private interests be able to infiltrate political decision making, as in the past, or not?