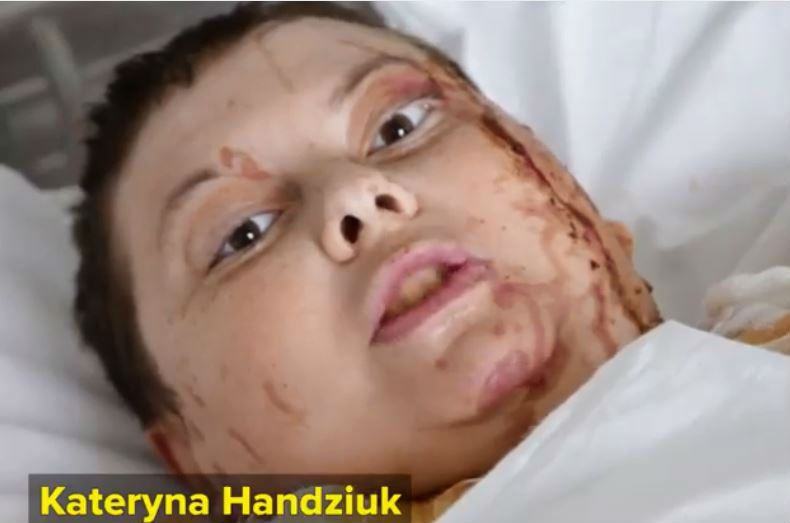 On November 4, 33-year-old anticorruption activist Kateryna Handzyuk died from injuries caused by an acid attack. Handzyuk had been attacked three months earlier outside of her home in Kherson, Ukraine, and had undergone eleven surgeries to recover from the burns.

Since 2017, at least 55 activists, journalists, and one opposition politician have been attacked. UkraineAlert asked activists and observers the following: What’s it like to be an activist in Ukraine today? Have you been threatened or attacked? Do you think the situation is getting better or worse? Who is responsible?

Alexandra Baklanova, partner, pro.mova, Kyiv, Ukraine: The situation is so desperate that we find ourselves on the very edge of the state losing its monopoly over violence. Our anger is enough to wreak havoc. This is a natural reaction. We also understand this would bring us all to an abyss. The solution is not in de-monopolizing violence and undermining the state, or in suffering silently, but in making the state fulfill its role.

Dmytro Bulakh, chairman of the Kharkiv Anti-Corruption Center, Kharkiv, Ukraine: Today in Ukraine being an activist is no longer as safe as it was in the first years after the Revolution of Dignity. One can even say risky. Moreover, now we are talking about the problems of both physical security as well as those of a legal nature. Immediately after the revolution, there were no threats to active citizens either in the capital or in the smallest village. But now we witness attacks and fabricated criminal cases against leaders of national civil society organizations. As we see, now it is a matter of life and death. Key people on this field are being destroyed. The thing is that immediately after the Revolution, local feudal lords had a fear that the relationship among the authorities, society, and the local establishment would be radically revised. However, as time passed, everyone understood that everything would continue as it was. And the national political establishment did not react, but rather indirectly supported these actions, because it felt the threat coming from activists to their power and incomes.

Maxim Eristavi, nonresident fellow Atlantic Council and Ukrainian journalist: The lives of both journalists and activists in Ukraine are seriously devalued through dehumanizing political discourse. Politicians and officials use degrading terms describing both groups on a regular basis. Language matters, dehumanizing and based on conspiracy rhetoric, enables all sorts of radical groups and individuals for violent action. And deafening silence and a refusal to condemn those crimes from leading political forces and officials make them 100 percent complicit in the emerging culture of physical terror against Ukrainian civil society.

Adrian Karatnycky, senior fellow, Atlantic Council: The death of civic activist Kateryna Handzyuk is a reminder of a dirty little secret about Ukraine: The prevalence of violence in politics and social discourse. From brutal attacks on civic activists, to fistfights in the parliament, to smack downs in television studios after heated and uninformed debates, to “vigilante” actions by far right “civic activists” to paramilitaries linked to “political parties,” all this has to stop. And a strong state acting in accordance with the rule of law is the answer. But so is the calling out of all those who pollute Ukraine’s public square with hatred, scapegoating, and violence. All of them should be shunned by the media, ostracized by their enablers and fellow travelers, and expelled from their political parties. While those who act violently should be punished swiftly and without remorse. Ukraine faces an external aggressor, it also must stop its internal aggressors. Вічна пам`ять.

Vitaliy Shabunin, chairman of the board of the Anti-Corruption Action Center, Kyiv, Ukraine: Being an activist in Ukraine means paying the state half of the income you earn and in return receiving a rally near your house held by the SBU, chemical burns on both eyes by people close to the Interior Minister, bullying of your colleagues and relatives by an SBU provocateur, and several criminal cases from the prosecutor general. However, unlike many of my colleagues, I am lucky. I was not stabbed, shot or targeted with a bomb. My head has not been broken, and I haven’t been burned with acid. Avakov’s National Police and Lutsenko’s General Prosecutor’s Office did not find those who stand behind any of the fifty-five documented attacks on activists (in fact, there are many more of them). As a result, the wave of violence against civic activists, especially in the regions, will only grow.

The responsibility for this lies entirely with Interior Minister Arsen Avakov and Prosecutor General Yuriy Lutsenko, whose subordinates, from my view, purposefully failed to identify those behind the attacks. However, the biggest responsibility lies with President Petro Poroshenko, who guaranteed local elites (often of criminal origins) full immunity in return for loyalty during the presidential election.

Yaroslav Yurchyshyn, president of Transparency International-Ukraine: Partly pro-Russian law enforcement agencies in the east and south of Ukraine often do not provide security, and often put pressure on activists themselves. Fifty-five civil society activists and journalists have already been attacked in 2017-2018, and this number is only rising. According to the prosecutor general, no one has been named who ordered these attacks, and only in 30 percent of cases are those who carried out the attacks identified. The responsibility for such a situation lies with law enforcement agencies and, possibly, Russian intelligence services.

Mykhailo Zhernakov, director of DEJURE Foundation: The most popular answer to “How are you?” among civil activists now is “Still alive.” What was once a joke and had less and less of humor left in it lately is now a mere statement. Things are not funny anymore. Nobody feels safe, and nobody feels justice is possible. This has to change.

Melinda Haring is the editor of the UkraineAlert blog at the Atlantic Council and a fellow at the Foreign Policy Research Institute. She tweets @melindaharing. Olena Halushka translated Shabunin’s and Bulakh’s comments.