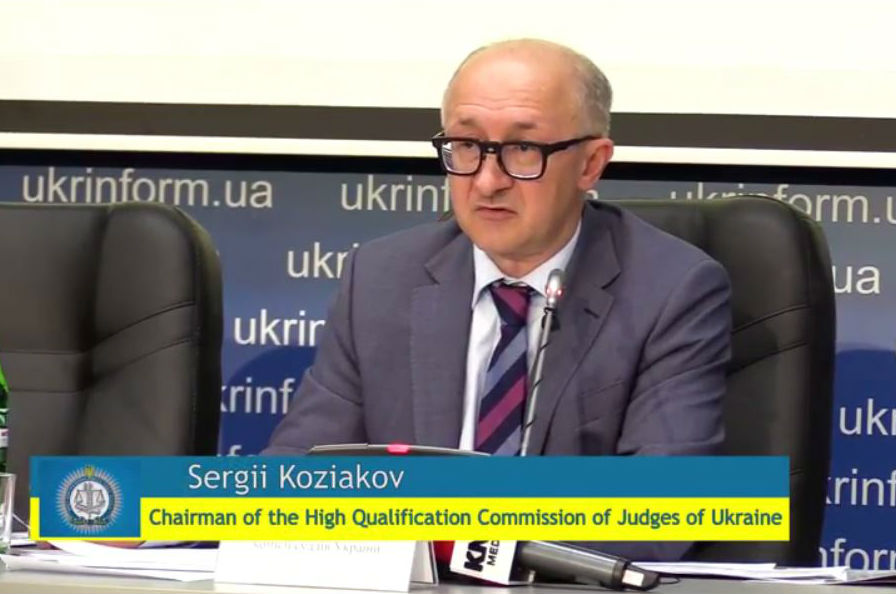 The resetting of Ukraine’s highest court is one of the cornerstones of judicial reform in the country and will influence the whole judicial system. In his recent article, Josh Cohen claims that Ukraine’s High Qualification Commission of Judges (HQCJ) is impeding the process to build a new Supreme Court, but this is simply false.

The real story about this competition is the quality of the process.

A complete reset of the Supreme Court is unique among European countries. For the first time, judges, lawyers, and legal academics with over ten years of professional experience are eligible to apply for the Supreme Court in an open competition. The HQCJ, an independent body of legal professionals mainly elected by lawyers, legal academics, and judges, is in charge of the competition.

Civil society also has played a large role in the process through the Public Integrity Council (PIC), which assists the HQCJ in evaluating the candidates’ professional ethics and integrity.

This is a new tool—not only in Ukraine but also among international traditions of assessing judicial candidates. But all stakeholders must remember that PIC’s “role is solely advisory and is not decisive,” as the Council of Europe’s Consultative Council of European Judges clearly recommends.

The competition’s procedures were established by the HQCJ in cooperation with international experts, including those from the EU Support Justice Sector Reforms in Ukraine and the United States Agency for International Development, and were made public in advance of the competition.

The process includes formal admission, inspection of candidates by public authorities, two stages of evaluation on competence, ethics, and integrity, and tallying the ratings. The evaluation tools are anonymous computer-based tests and practical exercises for legal knowledge and skills, internationally recognized tests to assess integrity, IQ, motivation, values, and teamwork abilities, and interviews with independent psychologists.

The entire process—except for psychological tests and interviews—were live-streamed online. As a matter of courtesy and greater transparency, the HQCJ invited PIC members to interview the candidates alongside HQCJ members.

All of the candidates’ dossiers as well as exam scores were published on the HQCJ’s website.

Some have pressed for even greater transparency, including releasing the votes of individual commissioners. However, according to the Council of Europe’s Consultative Council of European Judges, “The process and results of individual evaluations must, in principle, remain confidential and must not be made public. To do so would almost certainly endanger judicial independence.”

Following this European standard, Ukrainian law stipulates that voting should be conducted in the absence of the person in question, and away from others who are not HQCJ members. This is an important safeguard to ensure independent decisions.

John Cubbon, senior adviser on the judiciary at the EU Advisory Mission in Ukraine, monitored all stages of the competition and confirmed that the selection process has been much better organized than in many European countries. “And the fact that the candidates’ interviews and dossiers are publicly available has no precedent,” he said.

The selection standards were high and the competition has been tough. Of 1,436 initial applicants, 231 candidates left the competition early on—including ninety-seven sitting judges of the high and appeals courts. Only 381 candidates got to the final stage of the process and have participated in the ratings stage by the HQCJ.

The winners will fill the first 120 judges’ positions, which is the practical minimum required for the proper functioning of the Supreme Court in Ukraine.

The HQCJ uses many criteria to evaluate candidates: professional, social and personal competence; integrity; and professional ethics, and many tools to assess the candidates against those criteria. In every case, the HQCJ analyses information from about twenty sources, including not only the results of the professional and psychological tests, but also their declarations of assets, family ties, and integrity, their performance from previous case-handling statistics and prior compliance with ethical rules and professional duties, and information provided by the National Agency for Prevention of Corruption and the National Anti-Corruption Bureau.

“The commission had more information in its possession on each one of the candidates than the equivalent judiciary selection institutions in developed democracies. This is particularly commendable in a context where so many participants took part in the process,” said Dovydas Vitkauskas, team leader of the EU Support Justice Sector Reforms Project in Ukraine.

HQCJ Cooperation with the PIC

HQCJ actively cooperates with the PIC. The PIC produced 146 “negative opinions,” requesting that the HQCJ veto those candidates from the selection process.

However, not all the PIC opinions were supported by relevant evidence; some were based on political arguments or assessment of court judgments and candidates’ professional competence, which is beyond the scope of the PIC mandate.

In other instances, the PIC opinions were adopted by only eight of twenty PIC members. In some cases, PIC members had a conflict of interest with certain candidates. (In that context, international experts, including Pim Alberts with USAID, recommend that PIC members recuse themselves from the decision-making process.)

In twelve cases the PIC cancelled its opinions, and in some cases even after the HQCJ vetoed candidates based on the initial PIC assessment.

In addition, some experts have pointed out that the PIC lacks a clear assessment methodology, ethical rules, regulations on admissibility of evidence, and diversity in membership.

In spite of this, the HQCJ supported 40 percent of the PIC’s opinions, which naturally does not satisfy some of the PIC members. However, the reasons for the HQCJ to support PIC opinion must be legally impeccable: when the HQCJ supports the PIC’s opinion, this means that the candidate is excluded from competition and his compliance with his current office is at least questioned. And such a decision is appealable.

If the HQCJ does not support the PIC’s opinion, it means that the candidate received a score greater than zero on the professional ethics and integrity criteria, and continues to participate in the competition; however, that does not automatically make him a Supreme Court justice.

The HQCJ is close to producing the final ratings of candidates. International experts have been satisfied with the quality of the selection process so far. “Of course, in its final choice of successful candidates, the commission will aim to strike a proper balance between the use of various objective testing results on the one hand, and the commission’s reasonable discretion on the other. A certain degree of discretion is absolutely necessary for the sake of the interest of good governance, as long as sufficient procedural safeguards exist to prevent arbitrariness,” said Vitkauskas.

For members of the HQCJ—reputable professionals who have dedicated their expertise and countless hours, and who have put their reputations at stake to establish a new Supreme Court—this comes from a sense of personal responsibility to drive positive change in Ukraine’s courts.

“When it is said that public trust in the judiciary should be restored, I always answer that this is our mission,” said HQCJ member Stanislav Shchotka. “However, there is a super mission—to make it so that the judiciary is respected and esteemed.”

Sergii Koziakov is chairman of the High Qualification Commission of Judges of Ukraine. He holds a PhD in international law.

Image: Sergii Koziakov is chairman of the High Qualification Commission of Judges of Ukraine. The HQCJ, an independent body of legal professionals mainly elected by lawyers, legal academics, and judges, is in charge of building a new Supreme Court from scratch. Credit: Courtesy Screenshot HQCJ