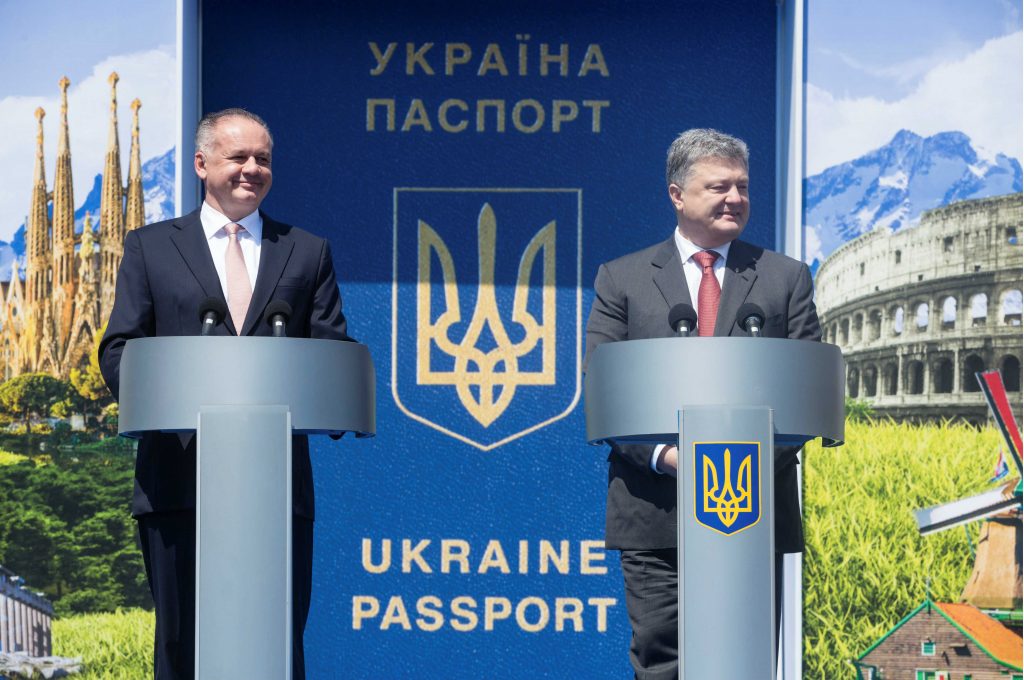 Evaluating reform in Ukraine is akin to taking a Rorschach test. For Kremlin propagandists and their witting or unwitting acolytes in the West, Ukraine is an irredeemably corrupt place. To young reformers in Ukraine and some of the country’s well-wishers, progress in transforming the country is agonizingly slow and always in danger of reversal. And to Ukraine’s top leadership and those who worry most about defending the country from Moscow’s aggression, the country has achieved exceptional progress in very difficult circumstances.

Each of these points of view can be supported when the country’s situation is viewed from a particular angle. But a careful, comprehensive look at the circumstances and dynamics of Ukraine’s reform efforts results in an assessment that is ultimately positive.

Ukraine is a country still in transition from an authoritarian political system and the corrupt, crony capitalism that emerged after the fall of the Soviet Union. With the Orange Revolution over a decade ago, the country tried to hasten reform. But the revolution ultimately failed because its leaders were products of the past and took few steps to reform the economy or address corruption.

The new leaders that emerged from the Revolution of Dignity, like their Orange predecessors, had also been successful under the old system. But they are transitional figures. They are partly rooted in the old ways, but also recognize the need for at least some reform.

But what is unique about post-Maidan Ukraine is a new group of stakeholders composed of young, impatient leaders who were never part of the old elite. They have made it to the Rada—comprising dozens of the 450 representatives—and they dominate a powerful civil society that, unlike after the Orange Revolution, has remained mobilized. Some of them have also become ministers and deputy ministers. This is the constituency for fast and thorough reform. Unlike those at the very top, this group has by and large not prospered under the old system or seen a need to reach an accommodation with it.

And then there is the Western community. The United States, European Union, European Bank for Reconstruction and Development, International Monetary Fund, and World Bank are also proponents of reform. They understand that the people of Ukraine made clear on the Maidan their desire to create an open, democratic society and are prepared to help them do it. They have become powerful advocates for reform by helping to set reform goals, providing technical advice, and offering conditional financial assistance.

Over the past three years, the young reformers and the Western community have formed a natural alliance in pursuit of intensive reform. The young Ukrainian reformers and the technicians from the Western development groups have helped identify the steps that need to be taken. Conditional aid from international financial institutions, the European Union, and the United States has been a powerful tool—not just in persuading Ukraine’s leaders to make difficult but necessary changes, but also in explaining to the country’s still powerful vested interests why important decisions are being taken against their narrow preferences.

By any measure, this confluence of factors has led to impressive successes. During President Petro Poroshenko’s first two years in office, Ukraine:

When Prime Minister Arseniy Yatsenyuk was ousted in 2016 following a government crisis in which a number of reform ministers resigned, many observers predicted that the reform process had ended. In their telling, new Prime Minister Volodymyr Groisman was Poroshenko’s tool and the two would move slowly, if at all, on necessary change. But Groisman has proved to be his own man. He presided over the final implementation of gas price reform, the introduction of transparent e-declarations, and the politically difficult re-nationalization of Privat Bank, the country’s giant insolvent bank.

As Ukraine’s parliamentary elections approach, some are saying once again that reform is coming to an end, pointing to old interests pushing back against some of the progress made. The evidence includes legislation demanding that NGO leaders provide detailed public information about their assets, and efforts to ensure that reformers do not have oversight responsibilities for the Anti-Corruption Bureau or control over the boards of directors of state companies. They also point to little progress made in addressing the massive problem of corruption in the courts.

The critics definitely have a point, and they deserve credit for staking their careers on difficult issues. Without them the reform process in Ukraine would be much slower. Yet even now it is clear that their cries of despair are overwrought. Acting Health Minister Ulana Suprun is taking heroic steps to overhaul the antiquated and corrupt health sector, and the government is making substantial progress on pension reform. Both are enormous, long-overdue steps toward better governance.

In other words, the performance of the Ukrainian government is, on balance, far better than the public description of its efforts. It has also greatly exceeded the expectations that many well-informed observers, including in the international financial institutions, had at the start of this process three years ago.

Yes, progress could have been greater. But it has been substantial, and for this the people of Ukraine can thank the government, the young reformers, and their Western friends.

John E. Herbst is Director of the Dinu Patriciu Eurasia Center at the Atlantic Council. He served as the US Ambassador to Ukraine from 2003 to 2006.