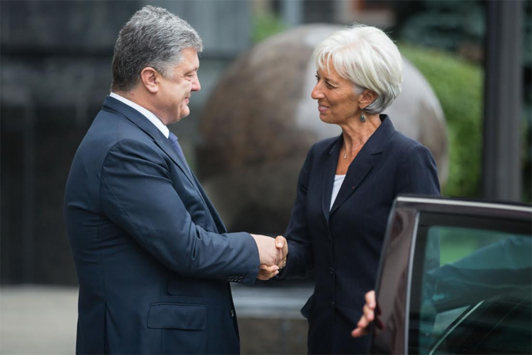 Will Ukraine make it? Conditions necessary for Ukraine’s current reform drive to succeed look more promising than they did in 2013. Not only does Ukraine now have its most pro-European parliament and reform-oriented government since independence in 1991; it’s also seen at least four other significant shifts in domestic politics that, taken together, render any equation of pre- and post-revolutionary Ukrainian society misleading.

First, following the “Revolution of Dignity,” Ukrainian civil society’s impact on the country’s legislative and executive decision-making processes has grown significantly. The most visible sign of this is the election of 19 prominent civic activists to parliament through party lists and electoral constituencies.

These Euromaidan campaigners form the core of a new inter-party group of 23 parliamentarians calling themselves “euro-optimists,” and leading efforts to implement the EU-Ukraine Association Agreement and prevent oligarchs from exerting their influence on legislation. These civil-society groups have also boosted interaction with civil servants and political actors inside and outside Ukraine.

Secondly, the roles played by foreign governments and organizations—particularly the European Union and its 28 member states—in preparing, shaping, and evaluating Ukrainian policies has also grown since 2013. With the almost fully ratified Association Agreement and the new EU-Ukrainian institutions that accord stipulates, Brussels is playing an ever more prominent role in Kyiv’s daily political life. The EU has also established, besides its regular delegation in Kyiv, a well-staffed observer mission in Ukraine.

One of the few positive aspects of Ukraine’s current economic crisis is that the International Monetary Fund now has much more leverage to push implementation of long-overdue reforms. In addition, the Euromaidan and Russia’s aggression against Ukraine have been motivating Western media outlets, foundations, aid programs, think tanks and development agencies to pay more attention to Ukraine, creating a new atmosphere in Kyiv and more intense interaction between Ukrainians and the West.

Third, the country’s large overseas diaspora—about 20 million Ukrainians live abroad— has also taken on a much more active role than before the Euromaidan. One of its most visible members in Ukraine is Finance Minister Natalie Jaresko, an American economics expert whose recent appointment exemplifies the new level of involvement by well-educated Ukrainian repatriates. The diaspora’s new presence in Ukrainian domestic affairs reinforces the nation’s ability and will to carry out sweeping reforms.

Finally, the war in the Donbas, which Ukraine has effectively been fighting against Russia since late spring 2014, has not been entirely negative. While catastrophic for many families, polarizing for political discourse, and corrosive for society at large, in some respects the war is also having a disciplining and consolidating effect.

One could even claim that it has boosted Ukrainian political nation-building by creating feelings of national solidarity and patriotism across social strata—and a state of permanent mobilization.

The human and material sacrifices made in wartime also make Ukrainians today impatient with the sluggish pace of reforms. They are becoming intolerant towards corruption and cronyism in Parliament, the court system, and the executive branch. The fighting has prompted state and civil society to work together and spawned cooperation among various Ukrainian civil-society groups across regional, ethnic, religious, social and political lines.

Paradoxically, this is somewhat similar to the effect that the official prospect of EU membership has been having on formerly communist countries. Instead of an attractive vision for the future, it’s a present existential danger to Ukraine which now pulls previously separate political and societal actors together.

But just because political circumstances and civil society are now ripe for radical reforms doesn’t mean Ukraine will rapidly and comprehensively put them into place. Ukraine’s transformation will be erratic, and will often be plagued by scandals and occasional setbacks. Nevertheless, the new background of Ukrainian political and administrative decision-making make it unlikely that reform initiatives will simply evaporate, as usually happened in the past.

The social context has so fundamentally changed that Ukraine’s remaining opponents of reform—new oligarchs and old bureaucrats, above all—will find it more difficult to water down or subvert them, as they did in the past. Against this backdrop, Ukraine will succeed in its socio-economic transition of Ukraine sooner rather than later.

However, even properly enacted reforms won’t lead to substantial economic growth as long as Russia pursues its “hybrid war” against Ukraine designed to cause continuous instability, uncertainty and indeterminacy.

Improved legal conditions for foreign companies, for example, will be ineffective if Kyiv cannot reasonably guarantee the physical security of factories, machinery and other capital investments. Not by accident, this dilemma applies mainly to the Russian-speaking regions of rump Ukraine’s east and south.

As long as fear of Russian military escalation, invasion, occupation, annexation and expropriation mars Ukraine’s business climate, no one can expect the country to enjoy a sustainable economic recovery. Indeed, the Ukrainian state, reformed or not, cannot survive for long without massive domestic and foreign investment.

Andreas Umland, Dr. phil., Ph.D., is a Senior Research Fellow at the Institute for Euro-Atlantic Cooperation in Kyiv and General Editor of the book series “Soviet and Post-Soviet Politics and Society” published by ibidem Press in Stuttgart. This article was translated from the original German by Andrew Kinder of the University of Cologne.

Image: Ukrainian President Petro Poroshenko meets September 6, 2015, in Kyiv with Christine Lagarde, Managing Director of the International Monetary Fund. Due to Ukraine's economic crisis, the IMF has much more leverage to push for reforms than it did in the past. Credit: Government of Ukraine