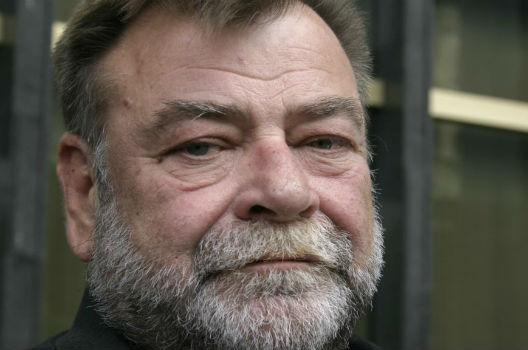 Kupchinsky was a warrior, both on and off the battlefield. A man of passion who fought for his ideals with a singular determination, he devoted his life to seeing Ukraine become free. He came of age on the battlefields of Vietnam, but most of his fighting was done not with violence, but with words.

Born on November 1, 1944, in Vienna, Austria, to Ukrainian refugees, he lost his father in the wave of bombings that hit the city toward the end of World War II. He lived in a displaced persons camp until 1949 when he and his mother emigrated to the United States. Kupchinsky’s mother was active in the Ukrainian-American community in New York and instilled in him a love for Ukraine and the hope that it would some day be liberated from the Soviets.

Kupchinsky’s life was defined by service: At first in the US military in Vietnam, and then with the Central Intelligence Agency (CIA) to fight the Soviets. While he studied political science at Long Island University, he worked part-time for Prolog Research Corp., a Ukraine-focused propaganda effort that was funded by the CIA, which Kupchinsky did not know at the time. The war interrupted his studies. Even in Vietnam, his political education continued, as Mykola Lebed, President of Prolog, would send him books and articles that Kupchinksy would read while hunkered down in the humid jungle. He served two tours of duty, rising to the rank of Lieutenant and earning a Purple Heart, two Bronze Service Stars, and an Air Medal.

Once he returned home, his involvement with Prolog deepened. By 1976 he was an essential member of Prolog’s operations team that gathered and distributed information on Ukraine and the USSR. Now a full-fledged CIA officer, Kupchinsky worked to keep up a steady stream of publications and books on Ukraine, interacting with dissidents and supporting attempts to undermine the Soviet regime. After he became President of the organization in 1981, Prolog expanded, opening an office in London and widening its focus, sending material to Russia and other East Bloc countries. His work at Prolog and its journal Suchasnist’, published monthly by Prolog and distributed internationally, helped him make a name for himself in the diaspora and in Soviet Ukraine.

After leaving Prolog in 1990, Kupchinsky joined Radio Free Europe/Radio Liberty (RFE/RL) and thanks to his reputation in Ukraine was able to set up a RFE/RL bureau in Kyiv by 1994. As the head of RFE/RL’s Ukrainian service, he cultivated a generation of Ukrainian journalists, instilling in them a journalistic method previously unheard of in the country. Those who worked under him speak of him with awe and admiration. “[He was] a think tank by himself …[he had] a lot of ideas… and [he knew] how to realize those ideas,” said RFE/RL journalist Bohdana Kostiuk in an interview in Kyiv.

On Kupchinsky’s watch, the bureau reported the Kuchma-gate story and relentlessly pursued investigative stories that other outlets wouldn’t touch. Even after he transitioned to a more analytical role at RFE/RL, writing first on corruption and crime and later focusing on energy, he continued to be critical of Ukraine’s democratic development, often despairing at what he saw as politicians and oligarchs mismanaging politics, energy deals, and the economy. In 2008, he left his position at RFE/RL to consult for the AZEast Group and the Jamestown Foundation. He continued writing on Ukraine throughout his brief but courageous battle with cancer, which brought about his death on January 19, 2010.

There was more to Kupchinsky than just a Cold War warrior and dogged researcher. He was also a man who loved to cook, inviting his employees to his apartment for barbecues and often saying that if he hadn’t gone into journalism, he would have opened a restaurant. Every Easter, he would make paska, the traditional bread with nuts and raisins.

He also had demons. Formed by his experience in Vietnam, he often woke up in terror even years later, praying for forgiveness and forgetfulness. He was a man who drank too much, but he could sober up fast if circumstances warranted.

Kupchinsky was big-hearted. He didn’t particularly like cats, but that didn’t stop him from taking in a stray he found at the bus stop outside his apartment in Kyiv a few months after his wife, Oksana Skubiak, died. He named her Marquise and lived with her for the rest of his life, often attributing his poor sleep to the fear that he might roll over and hurt her.

Above all else, he loved Ukraine and had high hopes for its future, but he had no illusions about the extent of its problems. We can speak of the dead, but not for them. Nevertheless, looking back at the struggles that shaped Kupchinsky and the battles he fought, it’s fair to say that he would have wanted to see Ukraine look West and be a part of Europe.