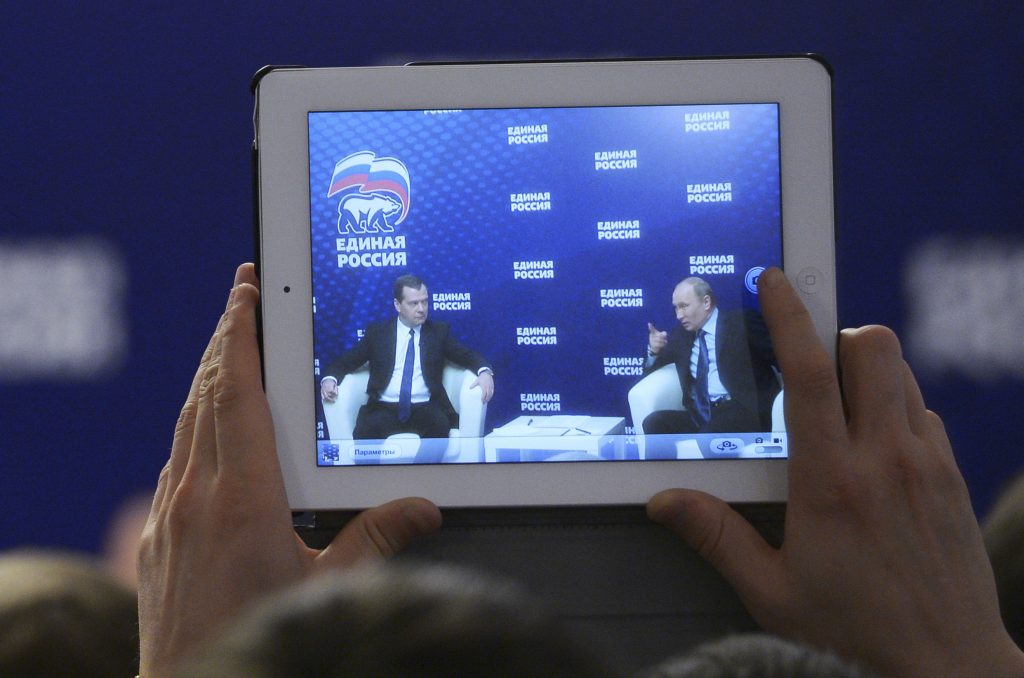 In the eighteen months since Russia annexed Crimea, the world has been alternately captivated and bewildered by the wild swings and sudden shifts that describe Russian foreign policy under President Vladimir Putin. Particularly alarming for those who fear a direct clash between Russia and the West has been Putin’s tendency to swerve between antagonism and conciliation, or—even more bizarrely—to pursue both simultaneously.

In an attempt to put a name to this behavior, a variety of epithets, from “rogue state” to “spoiler,” have been dusted off and applied to the present Russian government. But insofar as the current state of Putin’s Russia represents a new kind of autocracy, none of these labels do justice to its innovative nature. Perhaps a better indication of what drives this system can be found in the Russian government’s well-documented embrace of Internet “trolling,” which corresponds surprisingly well to the seemingly random and contradictory fluctuations of the country’s relations with the outside world.

In its most basic form, trolling refers to the phenomenon of Internet users who post inflammatory messages in online forums like comment sections and social media threads with the aim of antagonizing others. Although most trolling is idle provocation, the Kremlin was famously revealed in the last year to be paying large numbers of professional “trolls” to both write and up-vote posts praising Russia’s occupation of Ukrainian territory and condemning its critics. But how can trolling be a technique of rule?

To begin with, trolls, regardless of the anger they unleash online, are not people who want to definitively cut themselves off from the real world. Trolls seek instant gratification and attention by spreading vitriol on the Internet, but resume their normal lives offline. With this in mind, Russia’s sudden intervention in the war in Syria can be understood as the latest in a long line of trolling campaigns, beginning with the suspension of foreign adoptions three years ago. These acts were intended to needle the West and cheer Russians, but without risking an actual breakdown in foreign relations (in this respect, the war in Ukraine proved to be a serious miscalculation).

The label of “rogue state” is therefore misplaced when it comes to Russia, which clearly desires to win readmission to the “clubhouse” of world powers. Thus the bombing of Syrian rebels, for all the consternation it has caused, has been accompanied by thinly-veiled pleas for Western governments to lift the isolation imposed on Russia over the Ukrainian crisis.

Trolling is also an effective substitute for constructive activity. By tormenting others, trolls create the illusion of action and assuage their own nagging feelings of powerlessness. Likewise, Putin’s military adventures in Ukraine and Syria have been remarkably successful at distracting attention from the worsening decay of Russia’s human and economic capital.

But the satisfaction derived from trolling is inherently short-lived. To sustain their short attention spans, trolls must constantly find new and varied ways to bait their opponents. Hence the dizzying pivot from promoting the so-called “People’s Republics” of Donetsk and Luhansk, which were banished from the headlines almost overnight, to heralding the creation of an “anti-terrorist coalition” in Syria.

Unfortunately, trolling is a tactic that cannot serve as a platform for a long-term vision or strategy. In place of ideology-based opposition to the West, Russia’s troll state offers up only irascibility and schadenfreude, the glee derived from other people’s frustrations. Perhaps it could not be otherwise. After all, Russia’s elite depends on the West—for recreation, money-laundering, medical treatment, and the education of its children. In many ways, Russia’s rulers have more in common with the West’s upper class than they do with the pensioners scraping by in the Moscow suburbs.

The danger, of course, is that even bloodless trolling can unintentionally escalate into life-or-death confrontation, a risk that was made real when, after months of Russian incursions into foreign airspace from the Baltics to Japan, Turkey shot down a Russian bomber passing over its territory. But the state’s reliance on trolling in an ideological vacuum gives some cause for hope. After all, a sustained and sober response, both online and in real life, is often sufficient to curb trolling. In the commotion set off by Russia’s Syrian interlude, many seem to have forgotten that limited sanctions and diplomatic ostracism appear to have persuaded the Kremlin to restrain its forces in the Donbas region. Although the conflict in eastern Ukraine continues to claim lives on a daily basis and has flared back up, no major offensive has been launched since February 2015.

To think of Russia as a troll state is not to assume that it has no real goals or that its targets are chosen purely on a whim. It does, however, help to explain a style of statecraft that might otherwise seem increasingly irrational and unpredictable. Certainly, the Russian public delights in the spectacle of their President poking Western leaders in the eye. And Putin does seem to have hit on something fundamental about the age we live in. As the unexpected popularity of Donald Trump’s run for the American presidency has demonstrated, trolling is a political technique perfectly suited to more than one easily-bored, confrontation-hungry modern society.

Andrew Kornbluth is a doctoral student in the Department of History at the University of California, Berkeley.

Image: Russia's President Vladimir Putin (R) and Prime Minister Dmitry Medvedev are seen on a screen of a tablet computer during a meeting with members and activists of the United Russia political party in Moscow region, October 3, 2013. Credit: REUTERS/Alexander Astafyev/RIA Novosti/Pool