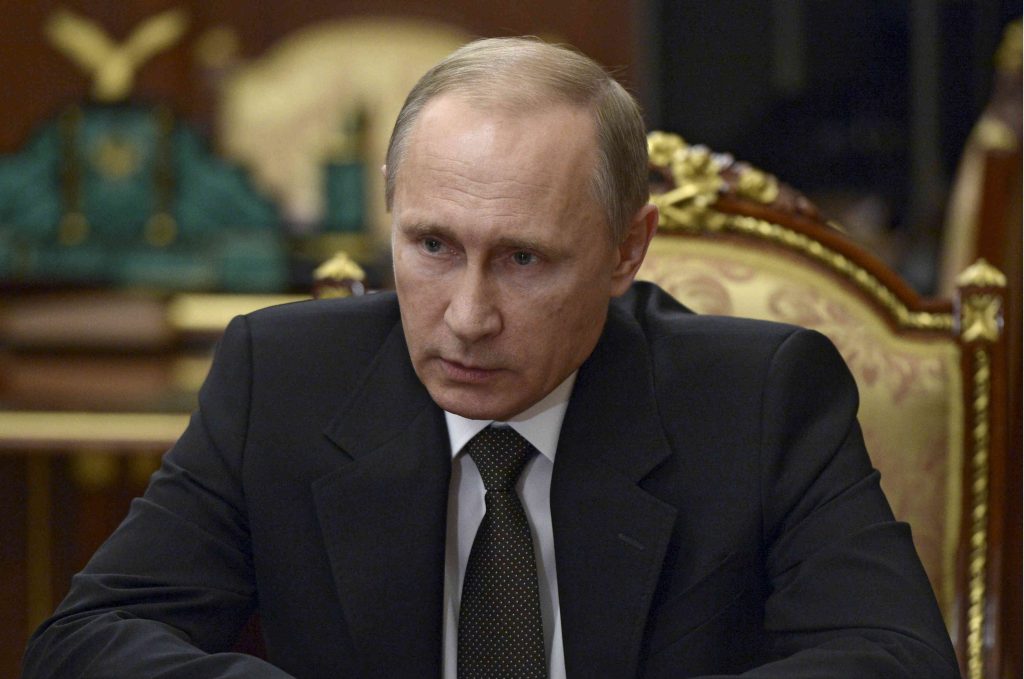 In the wake of recent terror attacks in Paris, President François Hollande has called for Russian and American cooperation against ISIS, joining many other policymakers who have voiced the need for cooperation between Russian and American intelligence agencies against Islamic terrorism. Indeed, Russian President Vladimir Putin urged his generals to treat French forces as “allies.” On November 20, Russia was uncharacteristically helpful, backing France’s UN Security Council resolution, which urges countries to take “all necessary measures” against ISIS. The Russian defense ministry posted a video showing Russian pilots writing “For Paris” on bombs intended for Syria.

But before any such cooperation becomes a reality, it is important to think seriously about whether it is merited. And once we examine Russia’s actual record concerning terrorism, the basis for such cooperation evaporates.

Admittedly, Russia has been a victim of terrorism and remains a target. Nonetheless, Putin’s regime has itself freely employed terrorism in the past. The 1999 bombings of Moscow apartments that preceded the Chechen war are widely believed to have been the work of the FSB under Putin’s leadership. And since 2014, Russian-led forces have undertaken numerous terrorist bombings in Kharkiv and Odesa.

Additionally, through Iran and Syria, its proxies, Russia is a principal purveyor of arms to Hamas and Hezbollah. Indeed, two days after the attacks in Paris, Russia reaffirmed its earlier position that Hamas and Hezbollah are not terrorists. In other words, Russia uses terrorism as a legitimate weapon with which to advance its interests. When it comes to Middle Eastern terrorists, it reserves for itself the right to determine who is “good” or “bad.” In fact, Moscow facilitated the movement of terrorists from the North Caucasus to Syria and Iraq, thus “exporting” its terrorist problem to those countries only then to intervene against them to assert its antiterrorist credentials.

Furthermore, Russia has not shown itself to be a reliable partner in anti-terrorism campaigns. Russia’s recent attacks in Syria have not, for the most part, been directed against ISIS. Instead, Moscow has targeted pro-Western opponents of President Bashar al-Assad’s rule, causing over 120,000 Syrians to become refugees.

Similarly, its past approach to intelligence cooperation with the United States is hardly a basis on which to build in the future. For example, when US authorities made inquiries to Russian intelligence agencies about the Tsarnaev brothers, who were responsible for the 2013 Boston Marathon bombings, those agencies stonewalled US investigators. Considering that those agencies and their leaders believe that the United States is Russia’s principal enemy, there is little basis for believing that genuine intelligence cooperation is likely or will be effective.

These statements urging cooperation between Russia and the United States confirm that in the wake of mass terror events, too many responsible policymakers or commentators lose their reason and are, in fact, terrified. This, after all, is what Vladimir Lenin (who systematically employed terror) meant when he observed that the purpose of terrorism is to terrify.

But it also testifies to the abiding unwillingness or inability of many elites to think seriously about the challenges Russian policy presents to the West. There is little doubt that Putin has exploited the attacks in Paris to present Russia as an indispensable power in the war against terrorism, at a time when it is not primarily targeting terrorism in its combat operations in Syria. This is no basis for a strong, effective operation.

Indeed, Moscow’s real objective is to force the West to give up on trying to isolate it in retaliation to ongoing Russian aggression in Ukraine, and to use the possibility of “cooperation” in an anti-terrorist campaign to induce the West to accept Moscow’s gains and claims vis-a-vis Ukraine. But an anti-terror coalition whose purpose, intended or not, is to legitimize war and terrorism has no basis for existing and would be opposed to American interests. It cannot be allowed.

When it comes to terrorism, we should take to heart the observation of Israeli Prime Minister Benjamin Netanyahu that one cannot distinguish between good and bad terrorists. Russia cannot run with Hamas, Hezbollah, and the Houthis in Yemen, while simultaneously joining with the West to hunt them and the Sunni terrorists of ISIS. And we should demand of Western pundits and policymakers that they think more seriously and soberly about the real challenges that Russia and Putin present to us.

Harvard historian Niall Ferguson wrote years ago that Russia is the only power that has no vested interest in the stabilization of the Middle East. Unfortunately, its recent behavior in the Middle East confirms the validity of Ferguson’s observation. And its pretense that it is a genuine partner in an anti-terrorism alliance has as much credibility as its previous guarantees to its neighbors and partners. While ideally such an alliance would be eminently desirable, strategy must be founded on a real, factually-based foundation. And Russian cooperation is simply not part of that foundation.

Image: Russian President Vladimir Putin chairs a meeting on Russian plane crash in Egypt at the Kremlin in Moscow, Russia November 17, 2015. The Kremlin said for the first time on Tuesday that a bomb had ripped apart a Russian passenger jet over Egypt last month and promised to hunt down those responsible and intensify its air strikes on Islamist militants in Syria in response. Credit: REUTERS/Alexei Nikolskyi/SPUTNIK/Kremlin