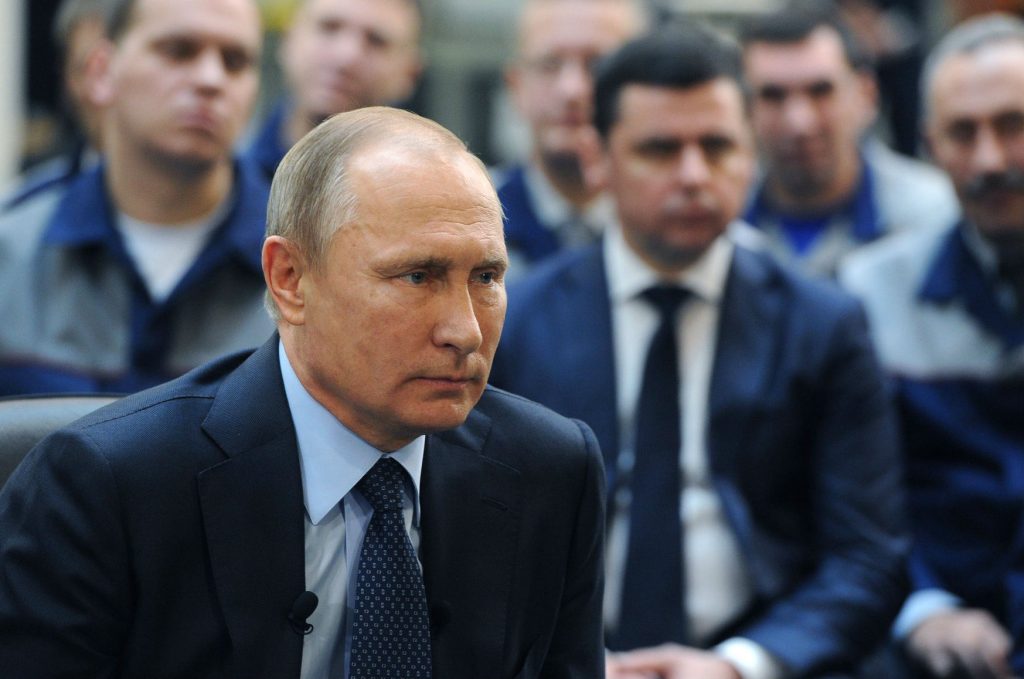 The issue of Russian hacking of American email accounts in order to influence the US presidential election reached new heights this week. President Barack Obama ordered the intelligence community to conduct a full review of Russia’s interference in the elections before he leaves office on January 20, and Senators John McCain and Lindsey Graham announced that they are launching a wide-ranging probe on the topic. On December 13, the New York Times published a detailed article outlining what is known so far about Russia’s actions.

Clinton Watts, a Fox Fellow at the Foreign Policy Research Institute in Philadelphia and a Senior Fellow at the Center for Cyber and Homeland Security at The George Washington University, wrote the report “Trolling for Trump: How Russia Is Trying to Destroy Our Democracy,” together with Andrew Weisburd and J.M. Berger. Released on November 6, the report outlines Russia’s motives and techniques for conducting “active measures,” or information warfare, in the United States in order to interfere with the political process here. He spoke with UkraineAlert about the issue and next steps for US leaders.

Q. In your report, you and the other writers say that Russia’s goal during the campaign period was not necessarily to sway elections but to sow uncertainty and erode trust here. But observers seem to think that Russia’s actions before the election were aimed at getting Donald Trump elected.

A. We agree that they were trying to elect Trump; he was the immediate objective. But in the case that [Hillary] Clinton were to have won, they wanted to undermine her. They wanted to tarnish her so much that she’d have to fight to govern.

Q. Were there a fear that they’d hack voter rolls and election machines?

A. People weren’t afraid so much that they’d do it, but the perception that they’d do it, which would’ve sown confusion. In that case, if Trump wins, it’s a huge victory for them; but even if he loses, to have him say that the election was rigged, you can’t trust the results, don’t trust the Democratic National Committee—all of that would have been fantastic for Russia. They’d be saying, ‘Democracy is a corrupt and flawed system,’ something they’ve always said.

Q. The Obama administration didn’t take any action even after it learned Russians had hacked the DNC’s emails, fearing that it would be accused of partisanship. What options should they have considered?

A. They should’ve taken a more aggressive stance even during the primary days. It seems like they knew of the hacking activity very early on. If they’d jumped in quicker then, Russia might’ve backed off. And it wouldn’t have been seen as Clinton versus Trump. Once Obama waited, they couldn’t do it without appearing partisan. I don’t think he would’ve done anything had it not been for Republicans in the Senate like Graham and McCain—you see he didn’t do anything until they called for an investigation. He was afraid to look like he was influencing the election.

Q. Obama leaves office soon and anything he does might be undone by Trump. Knowing this, what should Obama do now?

A. They’re getting the review done before Inauguration Day, that’s good. It’s also good that it’s coming out of Congress, and that Republicans are involved in it. It’ll look more legitimate and balanced. Also, interestingly enough, Trump went after McCain and Graham so hard during the primaries: now it may come back to haunt him. I think it’ll be one of the first looks we get at the Trump administration to see what they do with a bipartisan independent review.

Q. Is it possible something covert has already occurred?

A. Obama actually used the ‘nuke phone’ prior to the election—so that’s interesting, that he’d do that. I think he was saying, ‘We know what you’re doing and you need to knock it off.’ That kind of goes into the idea of ‘we see it as an act of war,’ as opposed to just independent meddling.

Q. Does it make sense to respond, or will that only trigger more hacking?

A. It makes sense to respond. I think Russia will play a very measured game moving forward in terms of how aggressive they are, because they now know there will be a response, if not by Trump, then by Congress. It also brought the issue to the surface so that other countries can evaluate how it might affect their internal governance, countries like Germany and France.

Q. What do you make of the argument that the West should shore up its own vulnerabilities rather than harshly retaliating?

A. That’s somewhat true. If we want to be able to deal with this and stop it, we have to be able to protect ourselves, and we haven’t figured out how to do that. One reason Obama and his administration didn’t pull rank too much was that they were worried about a cyber war. If you challenge [Russia], they might step it up a notch—attack the energy grid, for instance.

Q. Your report says, “The US government will need to rapidly develop a strategy to mitigate Russian active measures starting in January 2017.” What might that look like?

A. They have to decide how much they really want to block [Russia’s] efforts, or counter them—for example, what is acceptable free speech and what isn’t? I think it’s about developing requirements around when you’re going to take counteraction. When someone hacks into the DNC, for example, how do we respond? If they hack into a former Secretary of State and Chairman of the Joint Chiefs of Staff like Colin Powell, what can we do in response? He’s now a private citizen but he’s being attacked—what’s our line of defense?

Q. If we don’t do it, what might happen?

A. They’re going to focus mostly on influence: convincing the population through what Trump says with his pro-Russia stance. The Russian active measures are not trying to fight with force, but to win support from the inside out.

Amanda Abrams is a freelance writer based in Durham, NC.