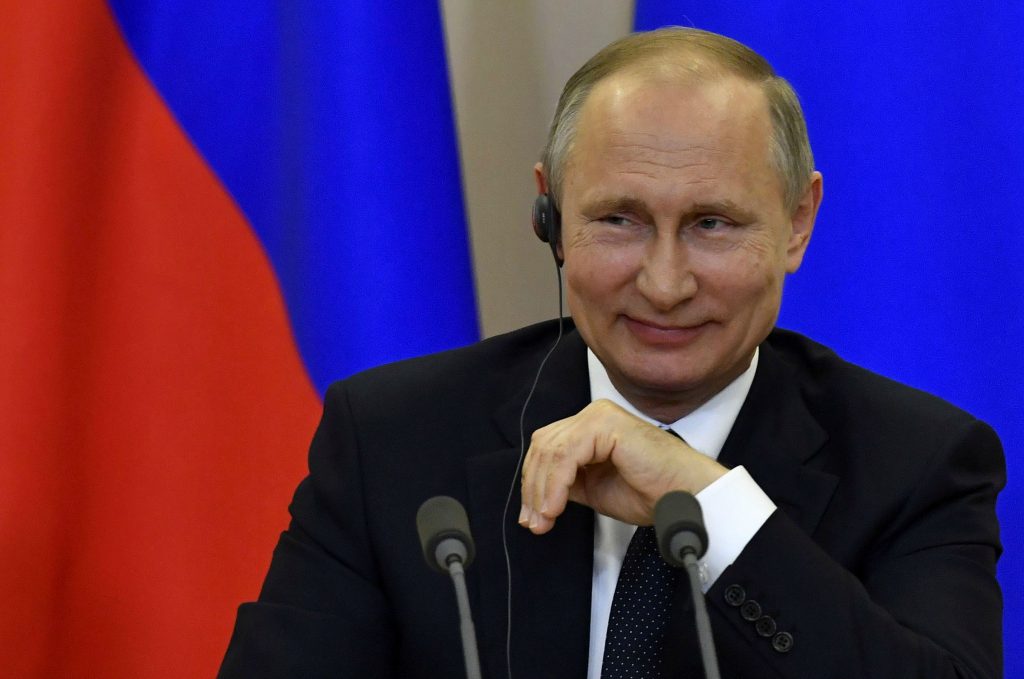 As Ukraine prepares to mark five years since the start of the country’s Euromaidan protests, the repercussions continue to reverberate across the globe. What began as an ordinary protest movement soon morphed into a revolution that sparked a Russian invasion and ushered in a new Cold War.

Without the Euromaidan, Russia and the West would still be engaged in business as usual and everybody would be far too busy making money to dwell on the ugly realities of the Putin regime. Without the Kremlin’s hybrid war, it is entirely plausible there would be no Trump presidency and no Brexit. Putin would not have undergone his metamorphosis from world leader to Bond villain, and Salisbury would still be a sleepy English town with a pretty cathedral rather than the scene of Europe’s first chemical weapons attack since World War II. There would be no schism in the Orthodox Church and no NATO buildup in Central Europe. We would most certainly not be talking about annexations and the redeployment of nuclear weapons. Meanwhile, Kremlin trolls would be curious footnotes of domestic Russian policy rather than shock troops in a global information war.

If nothing else, the aftershocks of the Euromaidan should have taught us to take Ukraine more seriously. However, there is little evidence to suggest this is the case. Instead, the ongoing conflict in Ukraine has slipped down the international agenda and all but disappeared from the headlines. When mentioned at all, it is generally under the guise of “Europe’s Forgotten War.” International commentators elaborating on Russia’s reemergence as a hostile state tend to skate over the Ukrainian origins of the current crisis, while Western leaders meeting with their Kremlin counterparts often seem eager to discuss anything but Ukraine.

This is not a new phenomenon. The West has overlooked Ukraine with remarkable consistency for at least a century. When Ukraine made its first statehood bid in 1918, the victorious allies of World War I gravitated between indifference and outright hostility. There would be no place for an independent Ukraine among the many new nations christened at Versailles. Instead, the country’s fledgling leaders came under intense pressure to align themselves with the White Russian cause and stop being so difficult.

Seventy years later, on the eve of the Soviet collapse, US President George Bush delivered an eerily similar plea. In his notorious “Chicken Kyiv” speech, the American leader urged Ukrainians to turn their backs on independence and reject “suicidal nationalism.” Much like his World War I era predecessors, Bush was so preoccupied with Russian stability that the aspirations of almost fifty million Ukrainians barely registered.

Even after the breakup of the Soviet Union, this tendency to underestimate Ukraine’s geopolitical importance has remained a feature of Western policymaking. There was no roadmap toward future EU or NATO membership for the country following the 2004 Orange Revolution. To the contrary, many EU politicians spent the next few years debating whether Ukraine was actually European at all. This pattern has continued since 2014, with the welcome but comparatively modest aid efforts of the international community reflecting a prevailing mood of caution that is completely at odds with the severity of the situation.

Given this underwhelming Western response, it is easy to forgive Ukrainians for pointing enviously to the largesse their Central European neighbors have enjoyed for the past quarter of a century. In contrast, Ukraine’s treatment has often been akin to that of an uninvited dinner guest who arrives late and upsets the seating plan. This tendency to view Ukraine as an awkward afterthought has persisted despite the shock of Russia’s military intervention. The country has spent four-and-a-half years fighting for its life and yet the door to the most exclusive clubs in the Western world remains more firmly closed than ever. Indeed, Kremlin conspiracy theories alleging a grand plot to separate Ukraine from Russia must first contend with the almost complete absence of evidence that the West actually wanted Ukraine to join in the first place. In reality, any integration impetus has come almost exclusively from the Ukrainian people themselves.

The absence of a clear Western vision for Ukraine is partly rooted in unfamiliarity. Despite more than twenty-five years of independence and two pro-democracy revolutions, many continue to view the country through the outdated prism of Russian narratives that portray Ukraine as a rebellious province and treat Ukrainian statehood as an historical aberration. The country’s pluralistic past of Polish, Habsburg, and Ottoman influences becomes a dull Kremlin monotone, while Stalin’s genocidal campaign against the Ukrainian nation is lost amid euphemistic talk of collectivization. Unsurprisingly, this encourages the misleading conclusion that Ukraine itself is a recent invention.

Russia’s motives for promoting such notions are self-evident. Ukraine’s integration into the Euro-Atlantic community would not only represent an unprecedented imperial retreat, it would also create a template for democratic transition that could quickly pose an existential threat to Putin’s authoritarian model. This explains why the Kremlin resorted to force in 2014 and underlines Ukraine’s central role in the confrontation with Russia. Some Western leaders understand this perfectly well, but without a broader consensus on the need to embrace Ukraine’s integration ambitions, the country looks destined to remain a source of international instability. The current Cold War began in Ukraine, and it will continue to escalate as long as the country’s geopolitical fate remains in doubt.