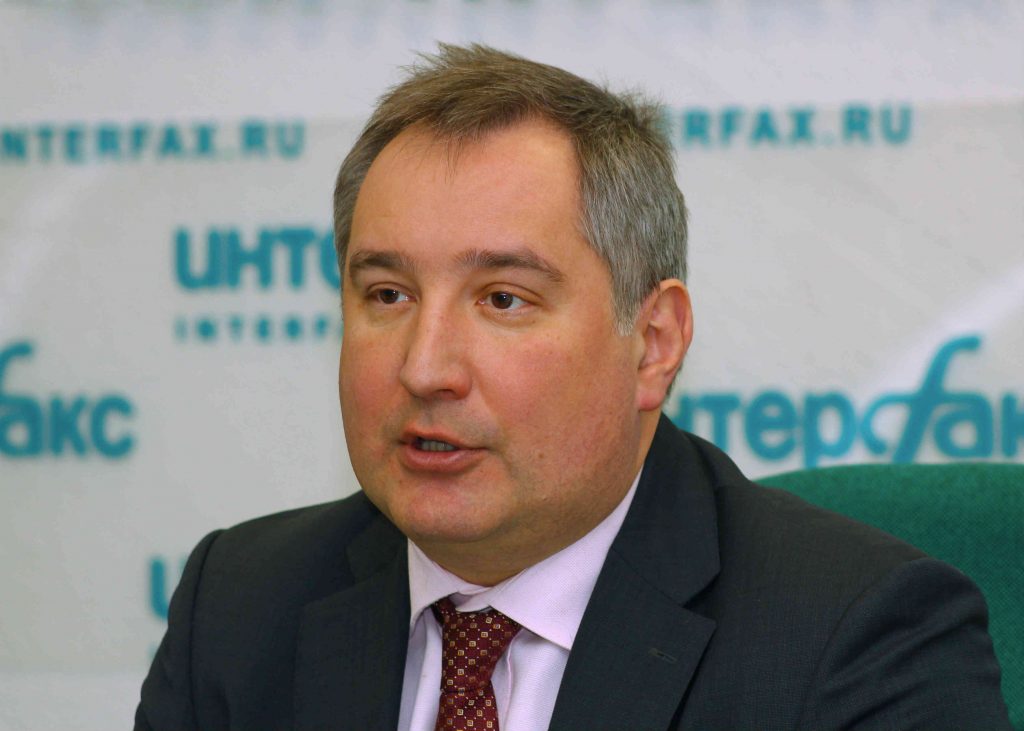 The Russian Army has released a photo of a Ukrainian tank decorated with a swastika, yet the original Reuters photograph shows no such emblem. Russia also released a photo of a Ukrainian soldier covered in Nazi tattoos, but that picture was actually taken in 2005, inside a Russian prison. Europe is revolted by any reminders of its Nazi past, which is why Russia plays up false claims that Kyiv is a product of that tradition. At a time when Ukraine and other former Soviet republics need worldwide support, Russia continues its media barrage to alienate these countries from their natural allies in the West.

The stakes are enormous. In 1997, former US National Security Advisor Zbigniew Brzezinski identified Azerbaijan, Iran, South Korea, Turkey, and Ukraine as “critically important geopolitical pivots” in The Grand Chessboard. Without Ukraine, he writes, Russia ceases to be a Eurasian empire. Similarly important is Azerbaijan, which Brzezinski calls the cork in the bottle containing the riches of the Caspian Sea Basin and Central Asia.

Russia continues a strategy of keeping its former republics separate and reliant on Moscow. It opposed construction of the Baku-Tbilisi-Ceyhan pipeline until a Russian company was included in the consortium. When Azerbaijan, Georgia, and Turkey announced their willingness to build the Nabucco natural gas pipeline, Russia retaliated by promoting the rival South Stream pipeline. As Ukraine pulls further away from the Russian orbit, Moscow supports the creation of Turkish Stream to bypass Ukraine as a transit state. When Azerbaijan and Turkmenistan announced their intention to build a Trans-Caspian pipeline, Moscow raised environmental concerns—while ignoring similar environmental issues surrounding Russian platforms in the northern Caspian.

There are differences in how Moscow uses its information operations in the various countries. According to the Monterey Institute’s Ruben Gzirian, “Russia targets political and business elites, whereas it targets ethnic Russians among the general populations of Ukraine, Moldova, and the Baltics.” Such targeting furthers the Putin doctrine justifying Russian intervention to protect Russian-speakers, no matter where they are. As an example, in May 2014 Russian Deputy Prime Minister Dmitry Rogozin played up to sympathizers in Transnistria and Ukraine when he tweeted future plans to visit the area on board a TU-160—Russia’s largest strategic bomber.

But Russian disinformation isn’t the only thing that alienates the Russian periphery from the West. A recent spate of press reports has detailed Azerbaijan’s detention of Radio Free Europe/Radio Liberty reporter Khadija Ismayilova. Reports on Azerbaijan’s dire human rights situation often give short shrift to the country’s rapid economic transformation. According to the World Bank, about half of all Azeris lived in poverty in the early 2000s; by 2013, that ratio had fallen to 5 percent. This remarkable feat took place while roughly 600,000 people—about 7 percent of the population—remain displaced because of Armenia’s occupation of Nagorno-Karabakh and surrounding regions.

While Western human rights organizations focus negative attention on Azerbaijan, Russia has been offering an olive branch. Russian President Vladimir Putin recently criticized Russian TV for not sufficiently covering the 2015 European Games in Baku. Putin attended the games himself, and used the occasion to meet with President Ilham Aliyev. The timing was no coincidence.

Ukraine and Azerbaijan have a lot in common with Moscow: many Russian speakers, a shared past in the former Soviet Union, and transportation and communication links through the old imperial center. What keeps these countries out of the Russian orbit is their desire for sovereignty. Russia or its allies already control large swaths of territory in both those states. Those occupied lands house the Russian Black Sea Naval Fleet, and justify a major Russian Air Force base in Armenia. The United States and the European Union must give the independence of Ukraine and Azerbaijan the highest priority. If Russia manages to convince the West to avoid former Soviet states as illiberal entities, the only winner on the global chessboard will be Putin.

In February, Ukrainian President Petro Poroshenko told US Secretary of State John Kerry that Russian actions are an affront to Ukrainian sovereignty, and that he appreciates US support of Ukrainian independence. Meanwhile, Aliyev emphasizes the territorial integrity and sovereignty of Azerbaijan, a country former Secretary of State Hillary Clinton called a strategic partner of the United States.

Indeed, partnerships are there for the taking. The real questions are whether Kyiv can maintain its country’s unity and pro-Western orientation, and if Azerbaijan will partner with the West—or the Kremlin—or try to dance with both.

James J. Coyle is a Research Fellow at the Atlantic Council and the Director of Global Education at Chapman University in Orange, CA.

Image: In May 2014 Russian Deputy Prime Minister Dmitry Rogozin played up to sympathizers in Transnistria and Ukraine when he tweeted future plans to visit the area on board a TU-160—Russia’s largest strategic bomber. There are differences in how Moscow uses its information operations in the various countries. Such targeting furthers the Putin doctrine justifying Russian intervention to protect Russian-speakers, no matter where they are. Credit: Creative Commons/A. Savin