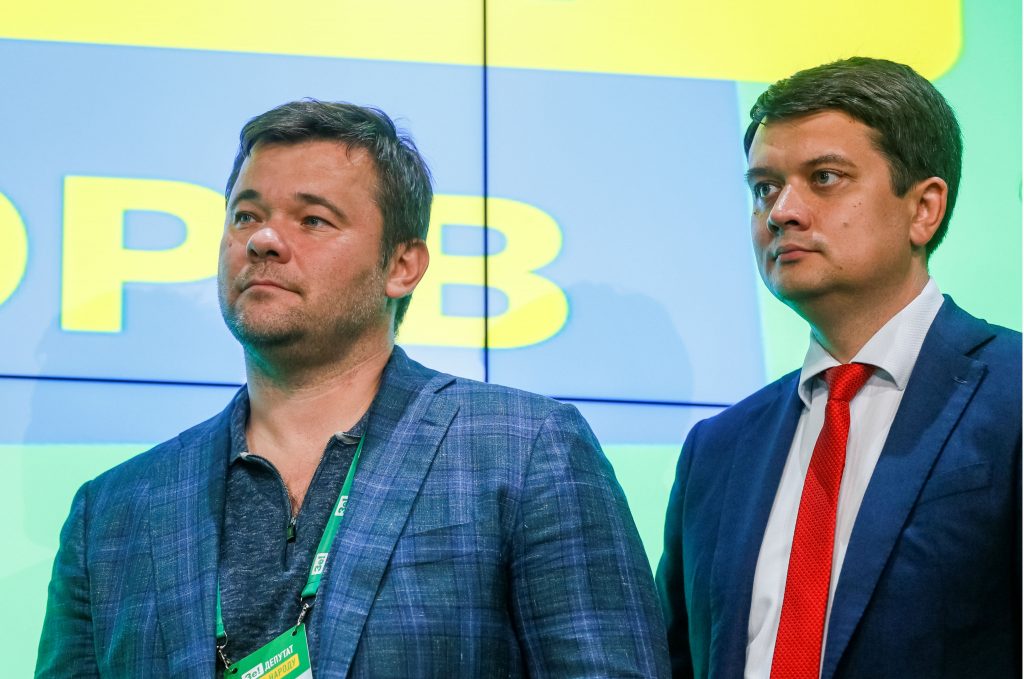 Sunday’s parliamentary elections in Ukraine marked the start of a new political reality. For the first time in the country’s history, one political party has a majority in parliament and also controls the presidency. Ukraine never had a president with so much electoral support (73 percent), and so few connections to the old political class. This year’s presidential and parliamentary elections cleaned house and swept out many of the old dinosaurs. But will these new faces make any difference in the way the country runs?

Observers inside and outside Ukraine worry about such a high concentration of power in the hands of the Servant of the People party. Many warn against the authoritarian and security threats that one-party dominance could entail. A more favorable perspective suggests that Ukraine’s political landscape can be contextualized within the logic of the UK’s Westminster type of democracy with its “winner takes all” idea. This approach partly rejects division, balance, and checks of power. Instead, the Westminster paradigm emphasizes clarity of public responsibility, as well as a sharp differentiation between the party in power and opposition forces. Ukraine’s elections have now delivered a result where all executive and most legislative power rests in the hands of one party. But Servant of the People cannot do anything it pleases; constitutional amendments still require a two-thirds majority in parliament, which means Zelenskyy’s party will need to collaborate with others.

Servant of the People’s dominant position implies enormous opportunities and risks. Zelenskyy’s overwhelming dominance in the executive and legislative branches of power provides him with instruments to swiftly implement his ideas—whatever they are. (This is a separate subject, but observers here have rung alarm bells about the mixed signals coming out of Zelenskyy’s first two months as president.) Yet it also puts responsibility for Ukraine’s successes and failures squarely onto his shoulders.

Unlike in the British arrangement however, Zelenskyy’s parliamentary majority is primarily made up of newcomers with no previous experience in public office. His team includes some qualified political consultants, lawyers, and anti-corruption activists, but a wedding singer, a media executive with strong links to notorious oligarch Ihor Kolomoisky, five comedians, someone who runs a scrap metal yard, and seventeen unemployed people are also part of his team. These parliamentary novices will be operating in an under-institutionalized and highly “monetized” political environment. They will make and implement decisions in a country where the rule of law is yet to be established. They will also encounter many political and personal challenges—among them seductive offers from Ukraine’s oligarchs—that they may not be prepared for.

Against such a backdrop, the main question for the coming years will be less whether Ukraine becomes authoritarian or Russian or both as some alarmist commentators warn. Rather, the principal question will be whether the country’s “habitual elite continuity”—once formulated as Ukraine’s key domestic political challenge by the German political scientist Ingmar Bredies—will reassert itself. Not only as a result of this year’s elections, the Ukrainian parliament has seen considerable turnover before. In spite of its frequent fluctuation, elite behavior hasn’t changed much over the last thirty years.

Instead, Ukraine’s parliament, among other institutions, has been characterized by the same bad behavior. MPs have shown a continuous inclination to engage in informal exchanges, bribe-taking, nepotism, favoritism, and clientelism. To be sure, these pathologies also infect advanced democracies. Yet they have been far more prevalent in Ukraine and in most other post-Soviet republics than in Western states.

Can Zelenskyy’s landslide can finally disrupt these behavioral patterns? The country’s recent history, and perhaps modern political history, suggests that the slog ahead will be difficult.

Andreas Umland is a nonresident fellow of the Institute of International Relations at Prague, principal researcher at the Institute for Euro-Atlantic Cooperation in Kyiv, adjunct lecturer at the University of Jena, as well as general editor of the ibidem Press book series “Soviet and Post-Soviet Politics and Society” and “Ukrainian Voices.”