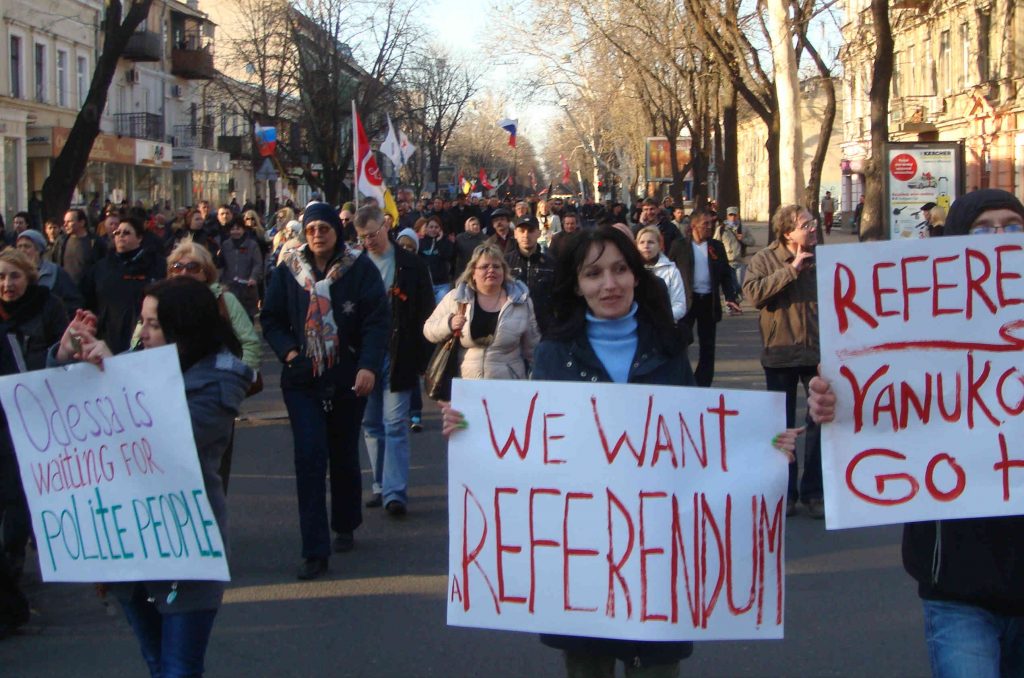 As commentary on Ukraine increasingly focuses on the next Russian offensive and ways to end the war, now is the time to consider how to rebuild a unified country. Any attempt to move past the violence and establish a stable basis for reform must involve a frank discussion of the past. A truth commission is likely to emerge as a compelling option. But truth commissions are not a panacea, particularly in situations of frozen conflict where the international community has no experience with these institutions. If eastern Ukraine hardens into a stalemate, which looks increasingly likely, the country would lack the right conditions for a truth commission to function effectively.

An official truth commission may not work in Ukraine. Ukrainians must carefully consider the full array of options for transitional justice, which can yield a wide range of benefits for post-conflict societies. These options include official apologies, institutional reform, publicly naming perpetrators, lustration, opening archives, criminal trials, and reparations to victims.

Even so, the international community may push Ukraine to commit to truth-seeking as part of a formal peace agreement process. It can even recommend establishing an official truth commission in the context of potential European Union accession, as has been the case for Bosnia-Herzegovina. However, no amount of pressure from the international community—or the Ukrainian public—can guarantee that a truth commission would be impartial or effective, and the risks of a weak, overly politicized commission must be carefully weighed.

The strong likelihood of Russia’s continued post-conflict involvement in eastern Ukraine is the single biggest barrier to the establishment of an effective truth commission. One of the primary goals of formal truth-telling is accountability, which contributes to the stability that is necessary for a country to rebuild. However, if Ukraine’s eastern enclaves are segregated and under Russia’s influence, there is a constant incentive for tensions to be exacerbated for external gain. Segregation enforced by an outside party would mean that there is little basis for divided communities to engage in the painful work of truth-telling. Without access to the east, a truth commission would risk marginalizing itself and reinforcing the perception that Ukrainian authorities are biased in favor of one version of history.

A truth commission is a non-judicial body charged with investigating patterns of abuse that occurred in the past. It is typically authorized by the state and operates for a predetermined period of time. The mandate and format of these commissions have varied across the globe and have had different levels of success. They have been established to respond to a wide range of different issues, including difficult democratic transitions; the aftermath of brutal civil wars; and legacies of racism, economic crimes, and land issues.

Under the right conditions, truth commissions have significant benefits. These include validating the experiences of victims and survivors, identifying the causes and consequences of violence so as to avoid repeating past mistakes, fostering communal healing, combating a culture of impunity, and re-establishing a commitment to peace and the rule of law.

A truth commission would have to strike a delicate balance between verifying human rights violations that occurred during the conflict and creating an image of itself as the ultimate arbiter of Ukrainian history. In a country where perceptions of history form one of the most dangerous and easily politicized dividing lines, the composition of the commission and the backgrounds of the commissioners would have to be carefully considered to avoid implicitly excluding alternate visions of the past and thus, the future.

Conducting effective outreach about the commission across the country would be a major challenge as well. Outreach ideally focuses on explaining the goals and mandate of the commission, soliciting wide participation and buy-in, and relaying the outcomes of the investigation as widely as possible. If parts of the east remain inaccessible to Kyiv, this could severely undermine the commission’s ability to engage in meaningful public outreach.

In the absence of official processes, civil society and religious organizations can play an important role in documenting abuse. For example, in Zimbabwe in the 1980s, the government’s refusal to release the findings of the Chihambakwe Commission of Inquiry into alleged army atrocities in the Matabeleland region spurred two local human rights organizations to produce and disseminate their own report. In Colombia, while the government was in the midst of negotiating a ceasefire with Revolutionary Armed Forces of Colombia (FARC) rebels, civil society groups established unofficial commissions focused on marginalized communities.

Looking to examples such as these could unify and give shared purpose to Ukrainian civil society in the aftermath of conflict, and their efforts could be framed as complementary to any official initiatives the government pursues. Ukraine could also draw on the Colombian experience in bringing its own ethnic minorities into post-conflict reconstruction, intentionally giving voice to how such groups as the Crimean Tatars have experienced Ukrainian history. This would bring to the fore a unique perspective on the country’s shared traumas and provide a basis for Ukrainians to transcend the traditional rhetoric of West versus East or Ukrainian versus Russian. It would also encourage the buy-in of communities whose support is crucial to Ukraine’s long-term stability.

In the end, the inclusivity of the political institutions and the extent of power sharing that emerge from the conflict may be the determining factor in the feasibility of establishing a truth commission in Ukraine. With frozen conflict a likely outcome, a truth commission is unlikely to be effective and could exacerbate the tensions that sparked violence in the first place.

Danielle Johnson is a Global Specialist at Polaris, an anti-human trafficking organization based in Washington, DC.

Image: Pro-Russian demonstrators call for a referendum in Odesa on March, 30, 2014. The strong likelihood of Russia’s continued post-conflict involvement in Ukraine is the single biggest barrier to the establishment of an effective truth commission. Credit: HOBOPOCC