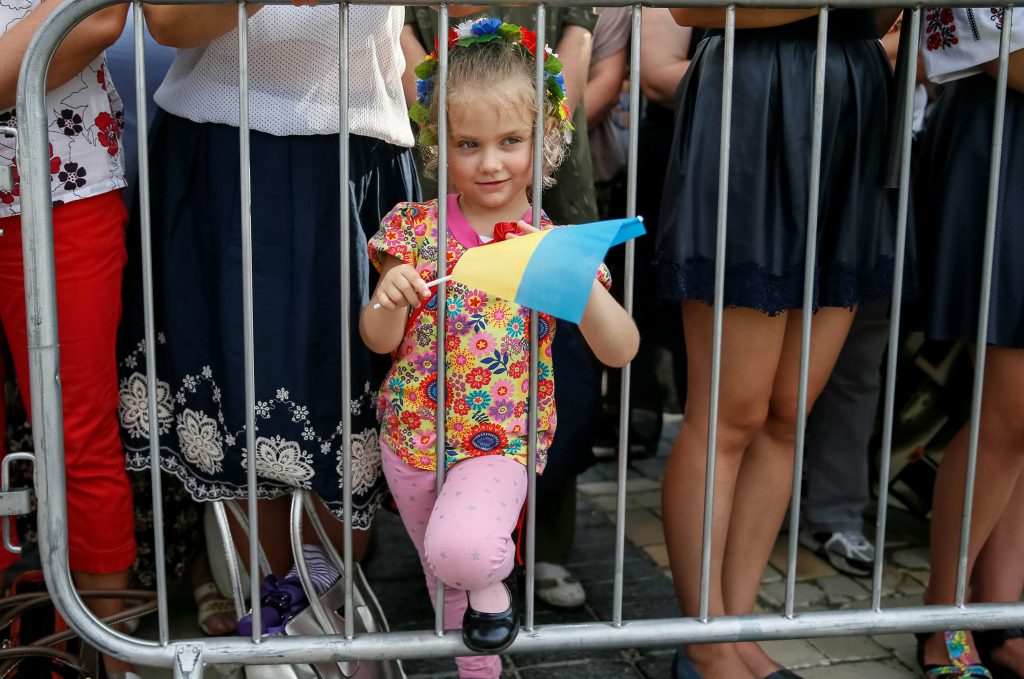 Attempts to implement judicial reform in Ukraine in 2014 and 2015 have had no impact on the public’s level of trust in the judiciary; as of November 2016, four out of five Ukrainians did not trust the judicial branch. Foreign investors have a similar attitude; in a September 2016 poll, investors mentioned the judiciary as one of three key barriers to investment in Ukraine’s economy. These entrepreneurs see no sense in investing in Ukraine unless there are mechanisms in place to protect private property.

Civil society and international partners agree that comprehensive judicial reform should be implemented as soon as possible. To meet this need, the Verkhovna Rada adopted amendments to the constitution and some secondary laws in June 2016 that will depoliticize judges and strengthen their independence, simplify the judicial system, and reboot the judiciary. But will this historic opportunity be properly used?

Real renewal or a mere façade?

Simplifying the judicial system is one of the most revolutionary concepts within the constitutional amendments; it should result in the establishment of a single new Supreme Court to replace four old ones. The judges of this new Supreme Court will be selected by a competition currently in progress that is open not only to judges, but also to attorneys and legal scholars with ten years of experience. This novel idea grew from the need to bring in “fresh blood.”

However, not many attorneys and legal scholars enrolled in the competition, while half of the candidates unaffiliated with the system were disqualified on formal grounds during a prequalification stage. As a result, over 600 candidates competed for 120 vacancies, of which only 154 persons—less than one-fourth—are non-judicial candidates.

Several stages of the competition have already been conducted, and now 524 candidates are left. Today, the future of the competition is balanced between unprecedented victory and complete failure, and further progress of the reform depends on how quickly and fully the public’s concerns are taken into account and resolved. It’s possible that the liquidation of the old courts and establishment of a new one may neither eradicate corruption nor restore trust in the system, but will simply select new judges according to their loyalty to the authorities. Judicial reform in 2010 under Viktor Yanukovych was conducted in the same manner.

In countries with a long-standing tradition of independent courts and a high level of trust in the judiciary, decisions concerning judges’ professional careers can be adopted by self-governing judicial bodies; but in a country that needs to destroy its corrupt judiciary and build an independent, depoliticized system, this approach guarantees only the continuation of existing problems.

The Higher Qualification Commission of Judges (HQCJ)—the key agency organizing the competition to the Supreme Court—consists of sixteen members, ten of whom are judges. In the process of selecting Supreme Court candidates, the public has only an advisory role; a special Public Integrity Council (PIC) was established by the new law on the judiciary and is empowered to verify the candidates’ professional integrity and to issue negative opinions about those who do not meet this criterion. At the last and the most important stage of the selection—the interviews with the candidates—the HQCJ will have to consider the PIC’s opinions, but will be able to reject them with eleven affirmative votes out of sixteen.

However, the HQCJ has already prevented the PIC from researching the candidates properly and preparing opinions. Although Ukrainian law requires that the candidates’ dossiers be published on the HQCJ website, the commission has failed to do so. The public therefore has no opportunity to see the candidates’ non-electronic asset declarations, information on their previous rulings, or complaints filed against them.

After several months of negotiations, the HQCJ did agree to give the PIC access to the dossiers—but only a few weeks before the deadline for the PIC to submit its opinions.

Seven sins of the candidates

Since the law does not provide clear-cut criteria to determine a judge’s integrity, the activists behind the campaign “Chesno. Filter the Judiciary!” opted to help the PIC. The group analyzed the profiles of all the candidates competing for spots on the Supreme Court, having singled out seven characteristics typical of unfair practices:

The group provided these analyses to both the PIC and the HQCJ. The National Anti-Corruption Bureau of Ukraine has also screened Supreme Court candidates by collecting information from public registries and databases, and gave these materials to both institutions. Now it is essential to make sure that the HQCJ takes this information into account; the appointment of tainted candidates will discredit the reform in the eyes of the public.

The HQCJ’s methodology for candidate assessment is debatable.

First, the passing score is determined after the end of each competition stage. (For example, in the follow-up of the first stage of testing, the examination passing score was 54 for the criminal chamber and 60 for all other chambers). But the criteria used to assess candidates are neither transparent nor impartial. Judicial exams provide objective results, but the assessments used in the competition to determine professional integrity, personal or social competency, and ethics are subjective—and those aspects can be awarded 700 out of a total 1,000 points.

Making information public is the best safeguard against corruption, and it’s particularly crucial in this situation. Only complete openness and transparency of the selection process can guarantee public trust in its results, particularly when the selection panel includes mostly judges distrusted by the public.

Therefore, civil society demands that the public should have access to the candidates’ dossiers. It also demands that:

According to the law, the Supreme Court should be established by April 1, 2017, but the deadline will likely be shifted to the beginning of May. Ukrainian society and the international community should pay the utmost attention to the formation of the Supreme Court in the coming months. The future of the judicial system, and indeed the entire country, depends on it.

Taras Shevchenko is executive director of the Center for Democracy and Rule of Law in Kyiv and a cofounder of the “Chesno, Filter the Judiciary!” campaign.

Image: A girl attends a ceremony marking the Day of the State Flag, on the eve of the Independence Day, in Kyiv, Ukraine, August 23, 2016. REUTERS/Gleb Garanich